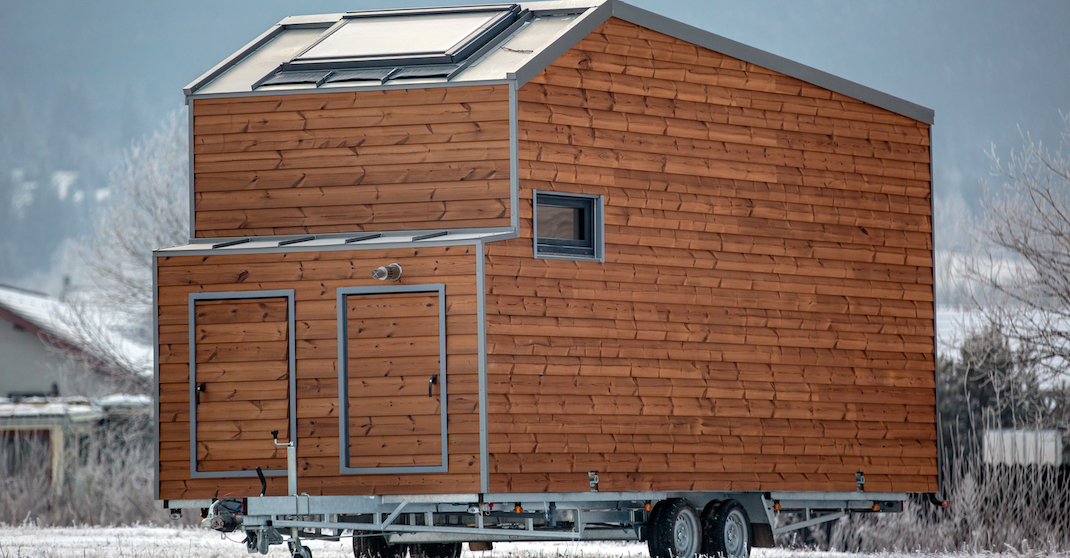 The City of Edmonton announced changes to their zoning bylaws today, which could mean more tiny homes are coming to the city.

According to a release from the city, under the new regulations, tiny homes on foundations can now be developed as single detached housing or garden suites across Edmonton.

“The tiny home movement has gained interest from those seeking a smaller living space,” says Trevor Illingworth, Senior Planner with the City’s Zoning Bylaw team, in a release.

“These changes increase housing choice and remove regulatory barriers for those interested in the tiny homes market.”

Tiny homes are small, “self-contained” homes, usually less than 40 square metres, that come in two types — either on a foundation, or on wheels.

According to the release, the new regulations remove a 5.5-metre minimum width requirement for mobile homes located outside a “Mobile Home Zone” — like a mobile home park.

This change allows mobile homes less than 5.5 metres wide, including tiny homes, to be built as garden suites or single detached housing across the city, “as long as they are affixed to the land on a foundation.”

These changes are apart of the city’s Infill Roadmap 2018 Action 3, which is a work plan to help give Edmontonians new housing options in and around the city.

The city says regulations still do apply on tiny homes, however, and residents must take into account applicable design regulations of the zone where they are located, meaning “a custom product reflective of zoning regulations would be required.”

The city is working with the Alberta Safety Codes Council to advocate for changes to the Alberta Building Code to allow tiny homes on wheels, which are “portable homes constructed on a metal frame and trailer, or chassis, which facilitates towing and can be moved from site to site,”  according to the release from the city.

More information on the tiny homes zoning review can be found online.