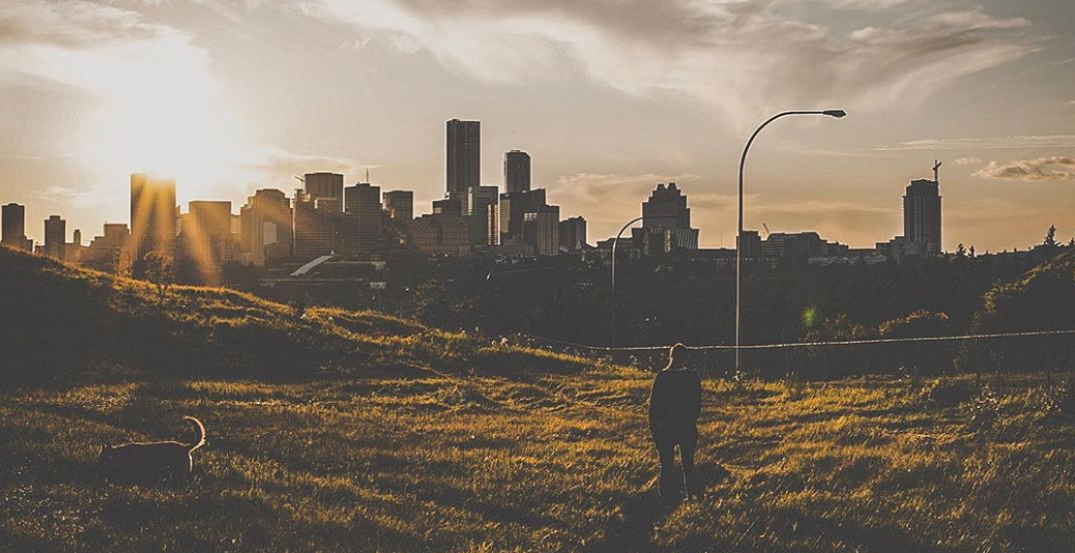 Written for Daily Hive by Shawn Bernard, an Edmontonian.

Over the last 10+ years Edmonton has undergone a serious change. No, we’re not Toronto or Vancouver — and we never will be. We’re something else, something inspired and different, a city engaged and involved, with tremendous potential.

Right now, in 2019, we’re a city for locals — the ones who know the old haunts and new builds, the wheres and whens.

If you’re an Edmontonian reading this, pondering how we could possibly have formed a list beyond five items, we ask you one question — do you live outside the Henday? Just Kidding. This is for you too.

So, in no particular order:

An anchor on 102 Street, Hawkeyes is the dive bar you’ve been looking for all your life. A confusingly large establishment with domestic on tap and VLT’s along the back wall, come here for Karaoke on Friday and Saturday night and find an eclectic mix of Edmonton’s cool folk and a legit peppering of Bukowskiesque characters tipping them back. Watch for long-time patron Jungle Jim on the microphone, you can’t miss him. Try the pizza.

A post shared by Record Collector’s Paradise (@recordcollectorsparadise) on Sep 20, 2019 at 10:33am PDT

This place is straight out of Nick Hornby’s imagination: “It’s located in a neighbourhood that attracts the bare minimum of window shoppers… people who make a special effort to shop here — mostly young men — who spend all their time looking for deleted Smiths singles and original, not rereleased — underlined — Frank Zappa albums.” We need not say more. This place is everything High Fidelity, minus the disdain for their customers. Their staff will provide a master class in the history of pop music with very little encouragement.

Okay, maybe you can’t join a league, but this place is Edmonton’s Mecca of five-pin. Craft Beer on tap, a smattering of B-sides on the PA and an aesthetic that remains largely intact from the 70s. It’s cool and unpretentious (which is difficult). Bowl three strikes in a row and you will be presented with an enameled Turkey pin to commemorate the effort.

Located in the brand-new Oliver Exchange Building, Odd Company Brewing, and the building itself represents the finally realized movement toward the legit urbanization of Edmonton’s downtown and Oliver community. Kick over a rack of Lime and Bird Scooters and have yourself and IPA on the front patio.

Located in the heart of downtown in the Jasper Dental Building, Coffee Bureau is notable for its minimalist but warm aesthetic. Punctuated by a 50s era brass chandelier, the interior is inviting and chic. Matching the late 70s Internationalist architecture of the building (read Soviet) the shop’s name is emblazoned across the street facing glass in large block print. It’s everything you want in an independent coffee shop — excellent baked goods to boot.

Trivia and Craft Beer at Arcadia

Serving only locally made Alberta Craft Beer, Arcadia and owner Darren McGeown are likely in the top five of the most Edmonton things in Edmonton. On the north edge of 124st, Arcadia plays host to a multitude of events from trivia to stand-up. It’s the greatest definition of a neighbourhood bar. Ask about the beers and they’ll tell you with the confidence of a wine critic mixed with the solemn humility of a lifelong Oilers fan.

Brunch at The Local Omnivore

It’s a sort of punk version of food with a lot of graffiti and a giant mural of hyenas feasting. You can write your name on the wall if you ask politely, or grab an old book about birds from the 20s to read while you eat. There is also a pinball machine, because of course there is a pinball machine. The menu is unimpeachable, and you should order their version of a Caesar, which they call a Prime Minister.

Bordeaux at The Wine Room

The Wine Room has barely any external markings and as far as we can tell does not advertise. It’s incredible. The exterior is somewhat innocuous and dull, but when you enter you see that the entire place is built to replicate the cavernous interior of a wine barrel. They offer wine to every budget level with charcuterie boards to match (assuming the lowest level is sort of rich and into wine). If you ask politely they’ll let you see their cellar.

High end sushi at working class prices. We hesitate to even mention this place as we’d would prefer it remain as it is. Finding great Sushi in Edmonton at Vancouver pricing (paradoxically this is meant to explain that Sushi is cheap in Vancouver — it’s right next to the ocean, duh) is next to impossible, but somehow Ichiban has done it. Please don’t ever change.

Built into the remnants of the old Molson Brewery, Wilfred’s is anything but domestic. Its interior is beautiful, brightly lit with accents of bronze and turquoise. The walls are covered in elegant sketches that evoke old copies of the New Yorker. It creates a deeply metropolitan vibe and serves huge selection of custom cocktails and inventive menu items. It opened with a lot of hype and has not disappointed.