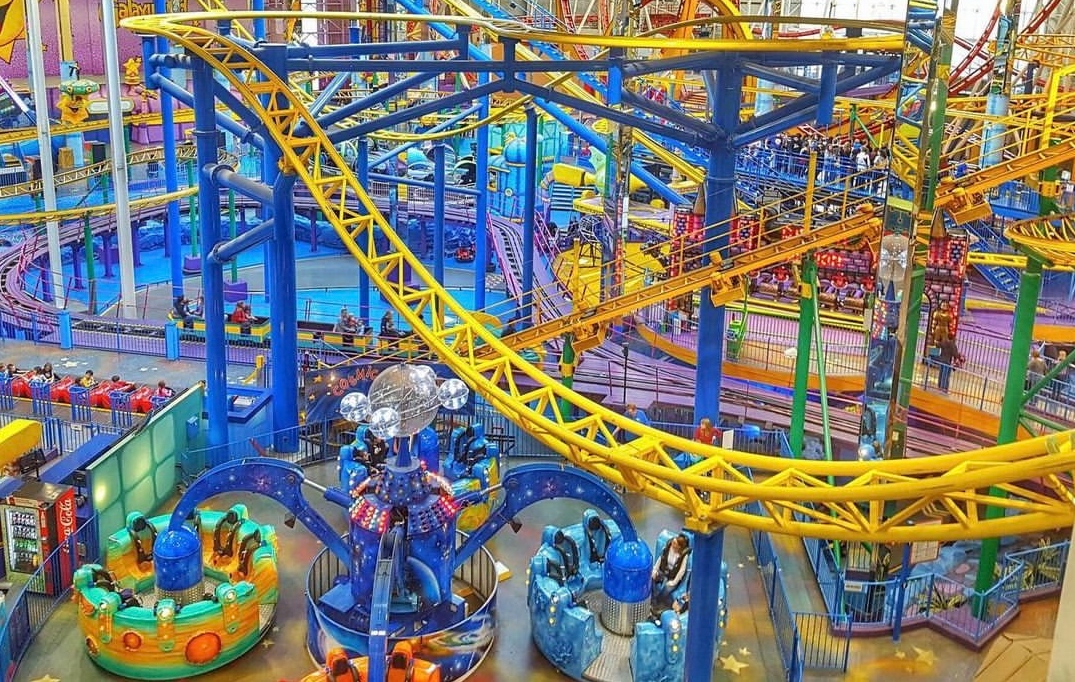 Toy fans can soon ride a Hasbro-themed attraction at Galaxyland, as the indoor amusement park gears up for its first rebranding in more than 25 years.

The park teamed up with the international play and entertainment company to revamp over 25 rides, games and attractions to include the likes of iconic toys, from Potato Head, Transformers, Monopoly, Hungry Hungry Hippos, Play-Doh and various others.

The park itself is being entirely transformed into the first Hasbro-themed amusement park in Canada, according to the company.

“Galaxyland has been providing entertainment to locals and visitors from around the world for more than three decades, and we’re thrilled to bring a number of exciting rides and activities themed to many of Hasbro’s iconic brands,” said Matt Proulx, Vice President of Location Based Entertainment, Hasbro.

“When ‘Galaxyland powered by Hasbro’ officially opens, we’re sure that fans and families will get to experience their favorite brands like never before.”

People who visit the park will also have the chance to choose the names for each ride, by scanning a QR code at each attraction and picking their choice.

Galaxyland first opened in 1983 under the title Fantasyland, before making the switch to its current title in 1995.

Before the switch to Hasbro, the park’s former themes over the years were fantasy and space related.

Those looking to snag tickets to the park can do so by clicking here.

The park reopened on June 18 after being closed for a majority of the COVID-19 pandemic.