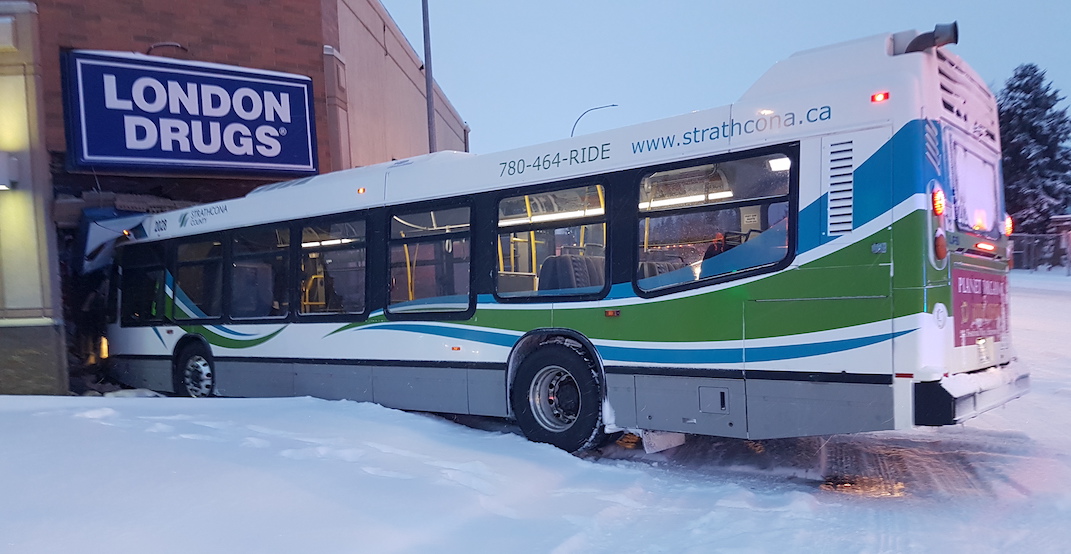 An employee at a Sherwood Park London Drugs had to be rescued by police on Tuesday morning, after a transit bus crashed into the building.

“The transit bus was travelling west on Fir Street when it collided with a truck travelling south on Sherwood Drive. As a result of the collision, the transit bus left the roadway and struck a London Drugs building causing significant damage. An employee of London Drugs was trapped after the building was hit and had to be extracted by Strathcona County Emergency Services.” 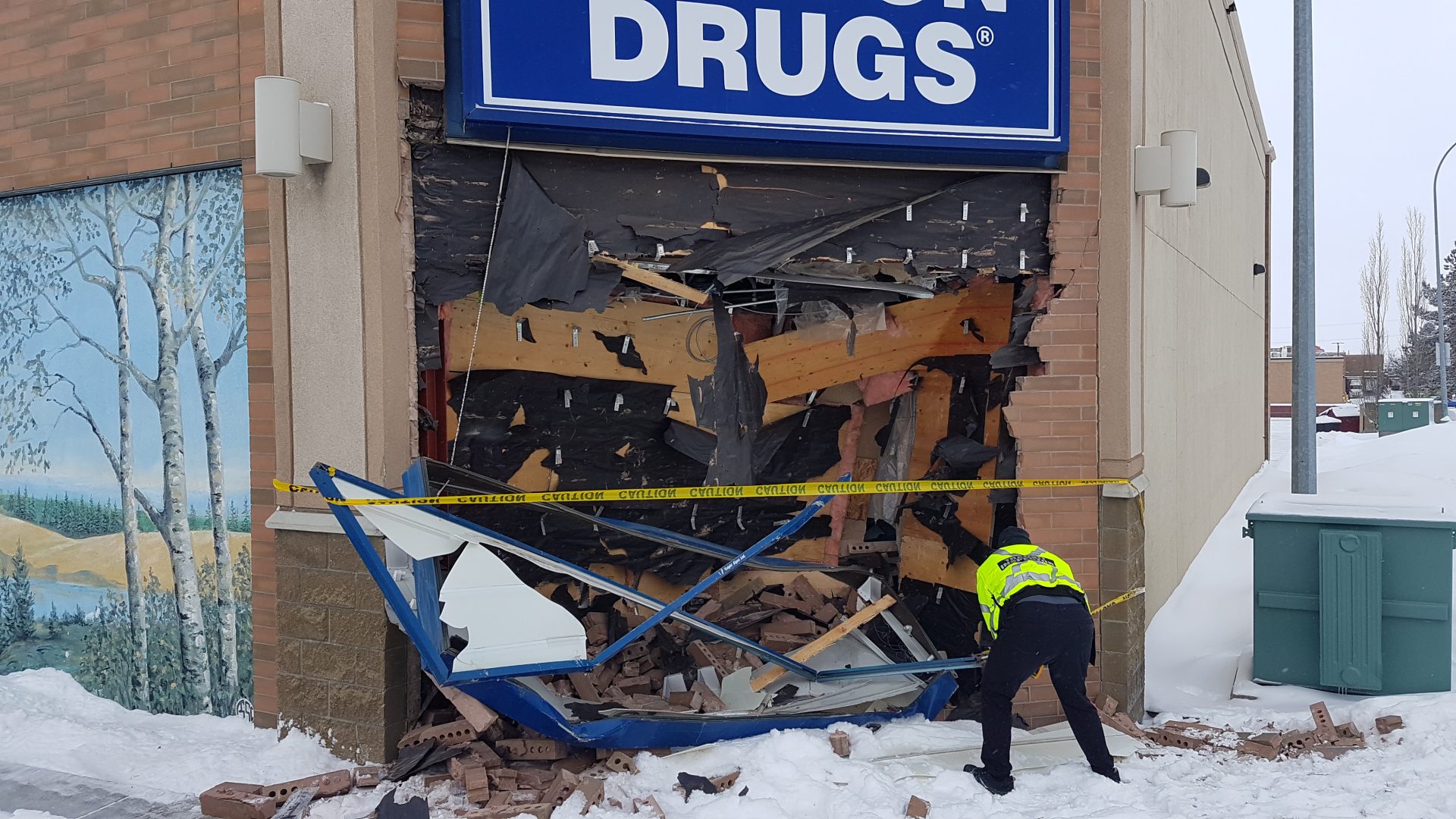 Police said both the London Drugs employee, and the driver of the transit bus were transported by an ambulance to hospital with non-life threatening injuries.

A single passenger on the transit bus and the other driver involved in the collision were unhurt and remained on scene.

The cause and any factors in this collision remain under investigation, according to police.