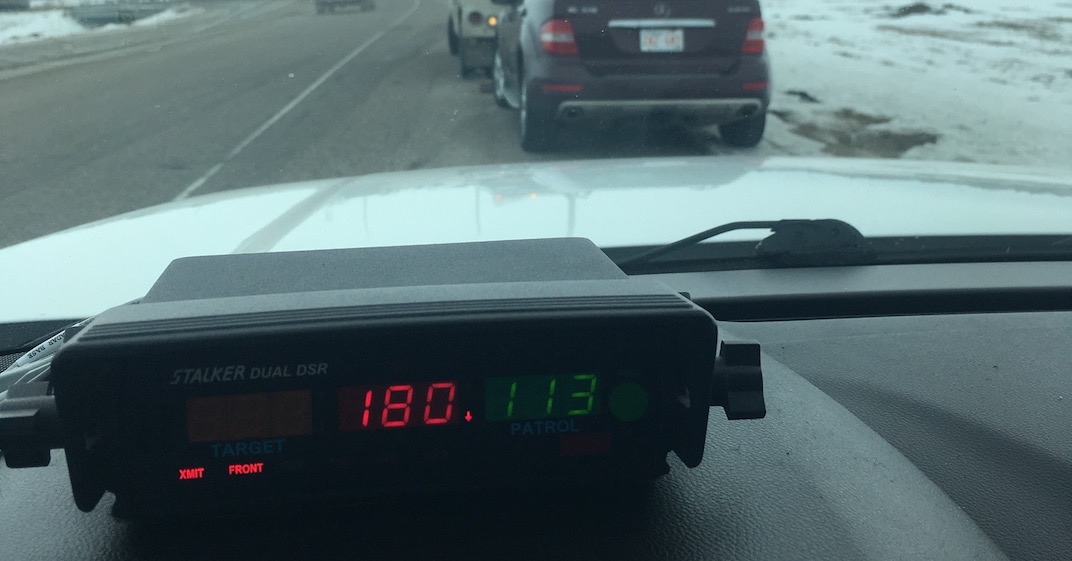 A senior from Edmonton was caught speeding on a Saskatchewan highway this weekend, clocking 180 km/h at a traffic stop, police have said.

According to Saskatchewan RCMP, a 73-year-old male from Edmonton had his driver’s licence suspended and his vehicle impounded during a traffic stop this past Saturday just west of North Battleford on Highway 16.

On March 14, at around 12:40 pm, police received multiple reports from other drivers about the vehicle driving at a high speed.

“The vehicle was travelling eastbound on Highway 16 near Delmas, just west of North Battleford,” said a release from Saskatchewan RCMP.

“An officer of the Saskatchewan RCMP North Battleford Traffic Services located the vehicle and determined via radar that the vehicle was driving at a speed of 180 km/hr.”

The driver was issued a ticket of $1,022, along with having his licence suspended for three days, and vehicle impounded for seven days.