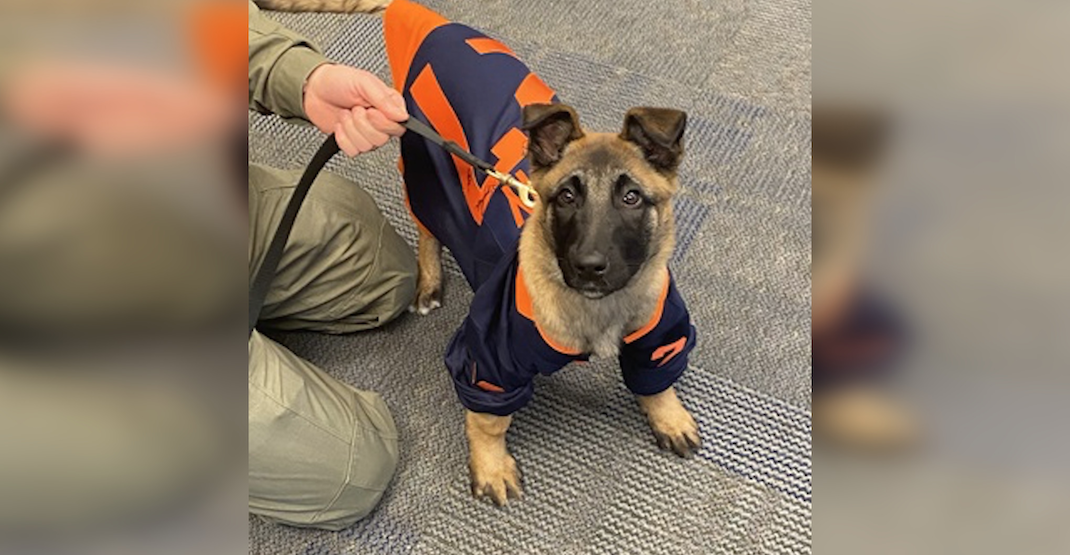 Edmonton Police Service welcomed a new member to their family, with an adorable new pup recruited to the canine unit.

The four-month-old Belgian Malinois was jointly named last week by Chair of the Edmonton Police Foundation, Ashif Mawji and his family, along with special guests Edmonton Oiler Connor MacDavid and his girlfriend Lauren.

According to EPS, after much deliberation, the Mawji Family — with the help of McDavid and his girlfriend, Lauren — settled on ‘Sammy,’ in honour of Oilers Alumni Dave Semenko. 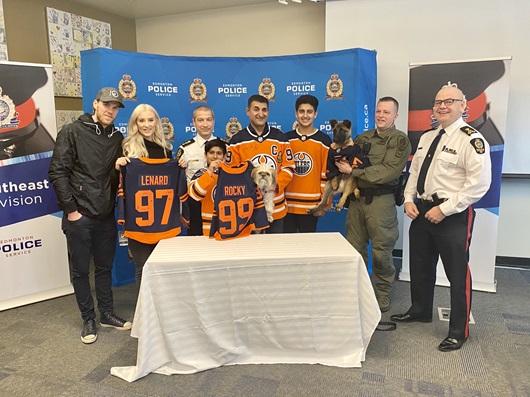 “We reached out to Connor and Lauren, and they were thrilled. We see our EPS canines as protectors, defenders, enforcers and those that look out for us, which is exactly what Dave did for our Oilers,” said Mawji in an EPS release.

The two-time Stanley Cup Champion and Oilers legend died on June 29, 2017, after a short but hard-fought battle with pancreatic cancer.

Sammy is now in training as a prospective police dog with the Edmonton Police Service.