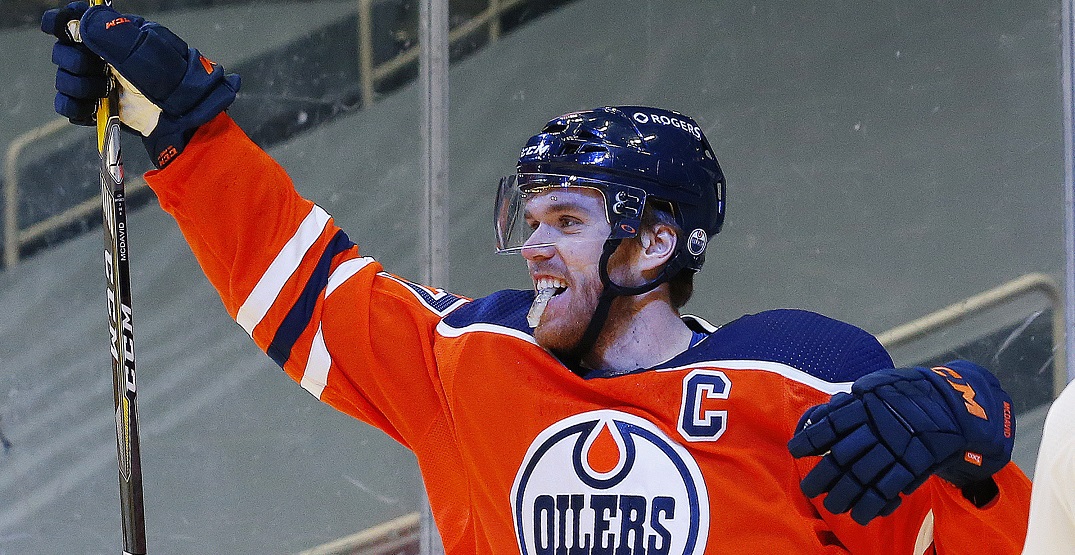 Nobody could ever fault the Edmonton Oilers for not being “Canadian enough.”

Whether that will translate to success this season is yet to be determined.

Ahead of Wednesday night’s opener against the Vancouver Canucks, Edmonton has the unique distinction in the NHL of having the “highest representation of one country” on their opening night roster, as the Oilers have 16 Canadians.

Ceci, Foegele, Keith, and Perlini are all newcomers to the organization after an active offseason for general manager Ken Holland.

Filling out the roster is Philip Broberg (Sweden), Leon Draisaitl (Germany), Mikko Koskinen and Jesse Puljujarvi (both Finland), and Derek Ryan and Kailer Yamamoto (both American).

This season should be an intriguing one for the Oilers, as they’re looking to avenge a first-round sweep at the hands of the Winnipeg Jets last season and are projected to return to the playoffs in a weak Pacific Division.

Up front, they’ve still got the league’s best duo, with McDavid and Draisaitl. Both have already been selected to play on their respective nations’ Olympic rosters for the Beijing 2022 Winter Games.

McDavid enters the season as the reigning Hart Trophy winner, with oddsmakers picking him to repeat in 2021-22.

On the rest of the ice, the Oilers do face some intriguing questions, with essentially four new regular defenders filling out their bottom two pairings. Ceci and Keith were offseason acquisitions, while Koekkek (18 games) and Bouchard (14 games) were mostly in the press box last season.

There’s also no clear answer in net over the course of an 82 game season, with durability questions being asked about both 39-year-old Mike Smith and 33-year-old Mikko Koskinen.

But out of the 310 Canadians in the NHL this year, the Oilers have just over 5% of them on their roster, with a league average of 9.6 Canadians per team. How’s that for a fun fact?