St. Albert RCMP are searching for a man believed to be involved in a string of thefts at Starbucks locations over the weekend.

According to police, on Saturday, January 17, 2020, between 11:30 am and 12:30 pm, St. Albert RCMP responded to a complaint of theft of a Dyson wall-mounted hand dryer, from three separate Starbucks locations in St Albert.

“Police believe this person may also be involved in similar thefts in other jurisdictions, and are releasing the man’s images in hopes of receiving information,” said St. Albert RCMP in a release.

According to RCMP, the suspicious male is described as, caucasian with a heavier build, dark short hair, full facial hair, and wearing glasses. 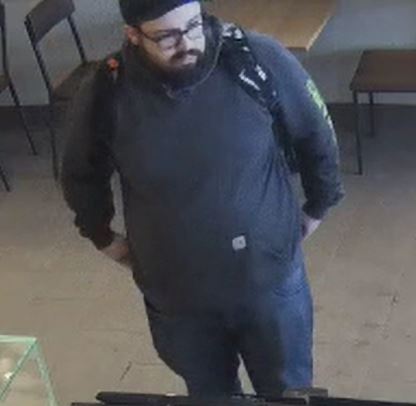 Anyone with information is asked to contact the St. Albert RCMP, or their local police.