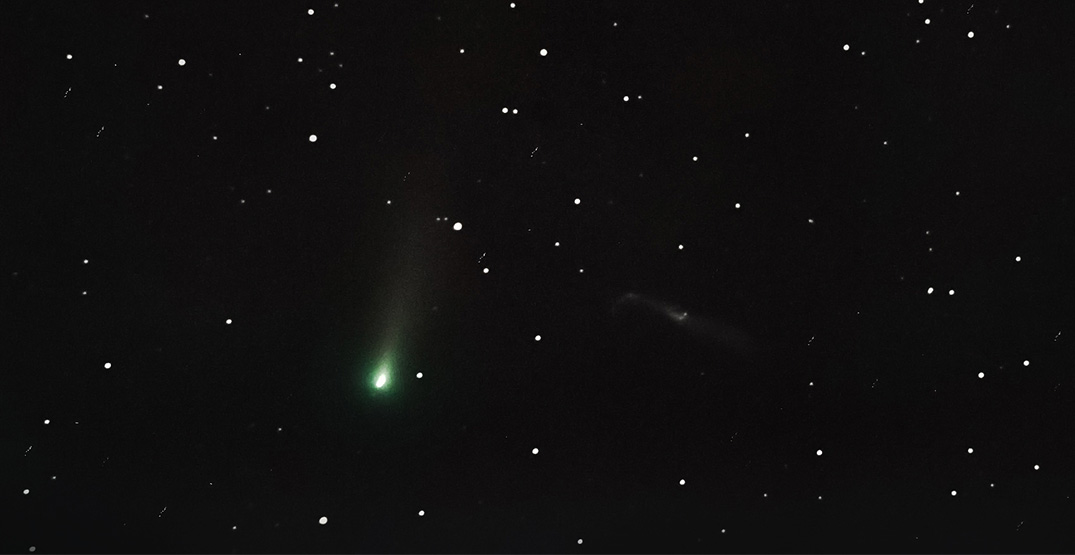 It may even be bright enough to see with the naked eye, according to NASA. But will it be decently clear to view in Edmonton? 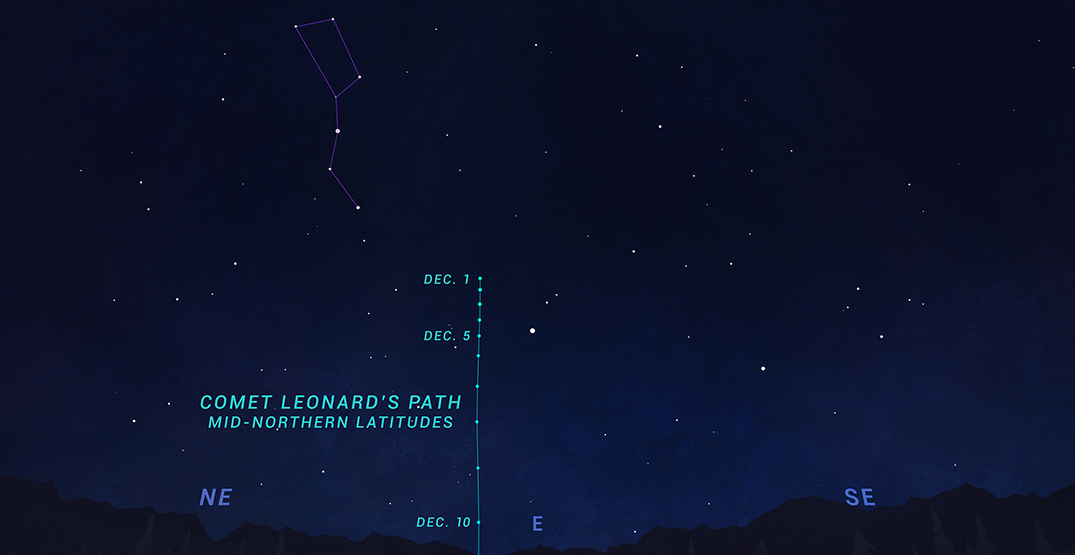 The forecast for the comet’s appearance seems to be working against Edmonton.

According to Environment Canada, Saturday night is forecast to be cloudy, so it may be a bit hard to peer through the cloud cover to catch a glimpse of the Comet Leonard. 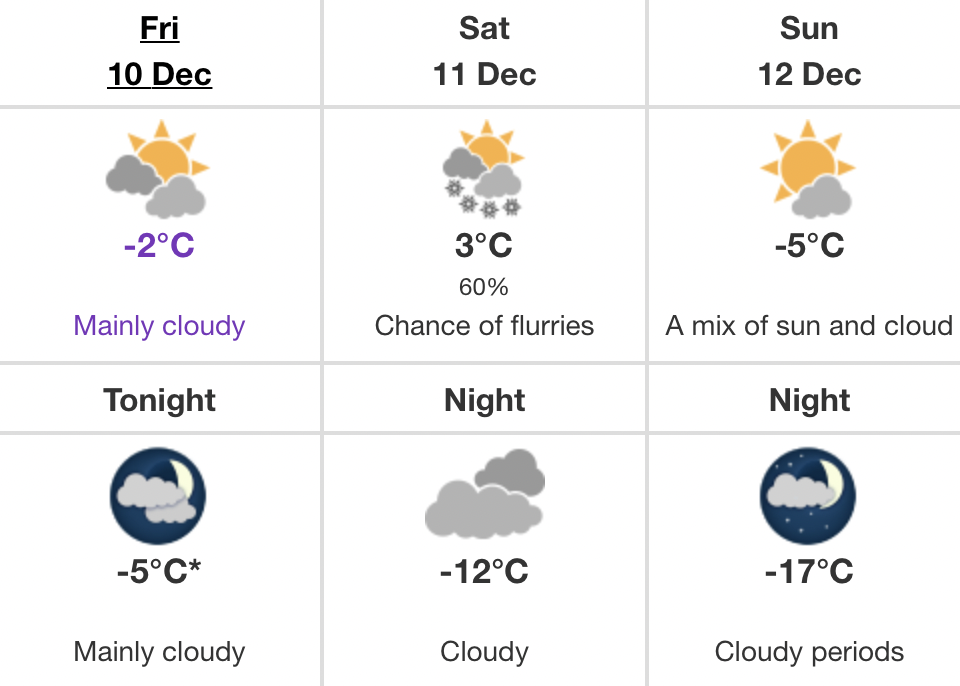 It somewhat clears off for Sunday, so maybe during the early hours of Sunday the clouds will start to part and we’ll get a better shot at seeing this comet for the only time in our lives.