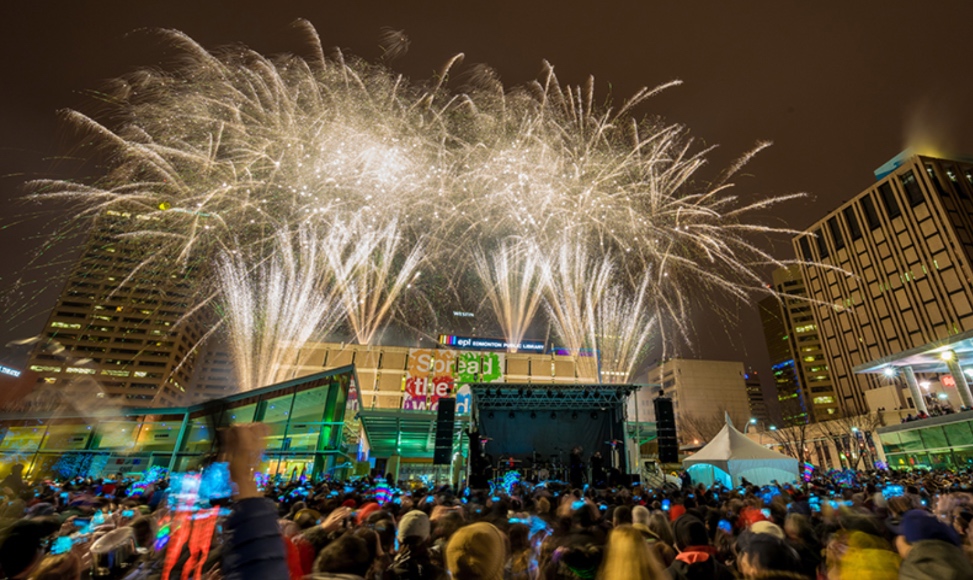 Edmonton has cancelled its New Year’s Eve fireworks show, citing the increased number of Omicron COVID-19 cases in the province.

“The severity of the Omicron variant is not yet known, but it is clear that there is an increased risk of transmission,” the City said in a news release.

“Out of an abundance of caution, and in an effort to protect Edmontonians from this virus, the City’s New Year’s Eve fireworks show has been cancelled.”

Plans for the fireworks were announced last week, and they were set to be the first NYE fireworks since 2019. The Edmonton fireworks show in 2020 was cancelled due to the COVID-19 pandemic.

In addition, the City of Edmonton says it is ready and willing to support the provincial government in protecting Edmontonians by making City facilities available to Alberta Health Services for vaccination sites, should they require it.
“The City of Edmonton is ready to adapt to changing public health orders at a moment’s notice, and I send my gratitude to all Edmontonians who do the same,” said Edmonton City Manager Andre Corbould. “Although these measures could impact some of your choices over the holidays, I encourage everyone in Edmonton to change their plans towards the safe, outdoor alternatives available to them throughout our city.”

On Tuesday, the Alberta government also announced changes to its public health measures, impacting large-scale events as well as restaurants and bars.

The province also reported more than 500 new cases of the Omicron COVID-19 variant on Tuesday, pushing confirmed cases past the 1,600 mark in the province.