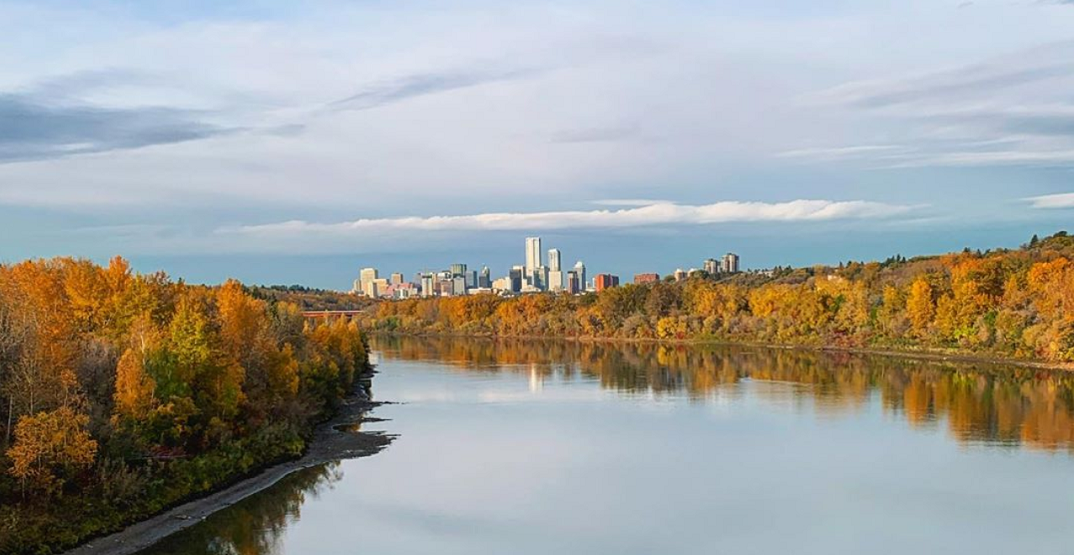 At 684 sq km, Edmonton is nearly six times the size of Vancouver. Considering this, it stands to reason that the casual Edmontonian is not visiting every inch of their hometown.

Unlike our western neighbour, our access isn’t as easy – we’ve got sprawl, a public transportation network that is still under development, and an often hostile climate. With all this in mind, we’ve asked the question, where to begin when exploring Edmonton? What are some tried and tested, will-not-disappoint, stops that will inspire Edmontonians to check out the rest of their city?

Edmonton is far more than oil rigs and endless fields of canola. Don’t believe us? Look past the truck nuts and check out these awesome spots.

Walking along Ada Boulevard is a bit like walking through an old episode of Boardwalk Empire. It’s littered with prohibition-era mansions, with each step you walk being alongside the ghosts of Edmonton’s long-dead elite — and potentially a few of its currently living ones. There are also great views of the river valley. In a city where much of the infrastructure doesn’t date past 1980, Ada gives you a sense of the city’s history.

Whether you come upon the fountain at Alexander Circle by accident or on purpose, it’s an astonishing sight. The fountain itself is beautiful and the neighbourhood is filled with spectacular homes. As you leave it you might find yourself filled with a distaste for the rich — don’t worry, this is normal and will eventually pass.

Likely the best view of downtown, the Walterdale Bridge, and the River Valley. From this angle the city rises up at you like an Atlantis on the North Saskatchewan. Go at sunset and you’ll catch a spectacular display of gradient tones reflecting off the office towers. If civic pride has a look, you’ll find it here.

A long-time favourite, the Muttart Conservatory is home to a massive collection of exotic and local flora and fauna. The architecture is a unique blend of internationalism mixed with mid-century modern accents. The pyramids bring obvious comparisons to the Louvre and, while they won’t be the central focus of a Dan Brown novel anytime soon, they offer an equal measure of fascination.

Abound with mountain bike and paved running trails, Mill Creek Ravine is a beautifully dense and complex trail network in the center of the city. Running from essentially downtown through to Whyte Ave, you can easily day trip through the entire span while making time to pit stop for coffee or beers on the south end.

Okay, this is essentially just a fancy escalator, but hot damn is it elegant. Illuminated at night, it sets a striking profile against the bank of the North Saskatchewan. Parallel to the vertical track is a lengthy set of steps, which are marked by asymmetrically placed wide rectangular landings.

No one knows how long this place will even exist. As the name suggests, the beach is a large sand bar on the south bank of the North Saskatchewan that was “accidentally” created by a change to water flow caused by construction of the Valley Line LRT. The city has refused to formalize its existence, and yet there it is. Pick up your own trash and watch out for broken glass. There are no rules here, so kick back and pretend it’s the French Riviera.

The Walterdale Bridge went fantastically over budget and way over schedule. Luckily, we were left with a city-defining piece of infrastructure. The swooping arches and divergent parallel pedestrian walk represent a grand expression of modernism that achieves the unique accomplishment of feeling like it really should be exactly where it is. It’s a near perfect design. Illuminated at night, it can be viewed from almost any area that has a clear east-west view of the North Saskatchewan.

Spanning the Saskatchewan River and connecting Gold Bar Park with Rundle Park, the Gold Bar Footbridge frames a distant Edmonton skyline perfectly. It may be a bit of a skip and a hop away from downtown, but the stunning view is well worth the trip.