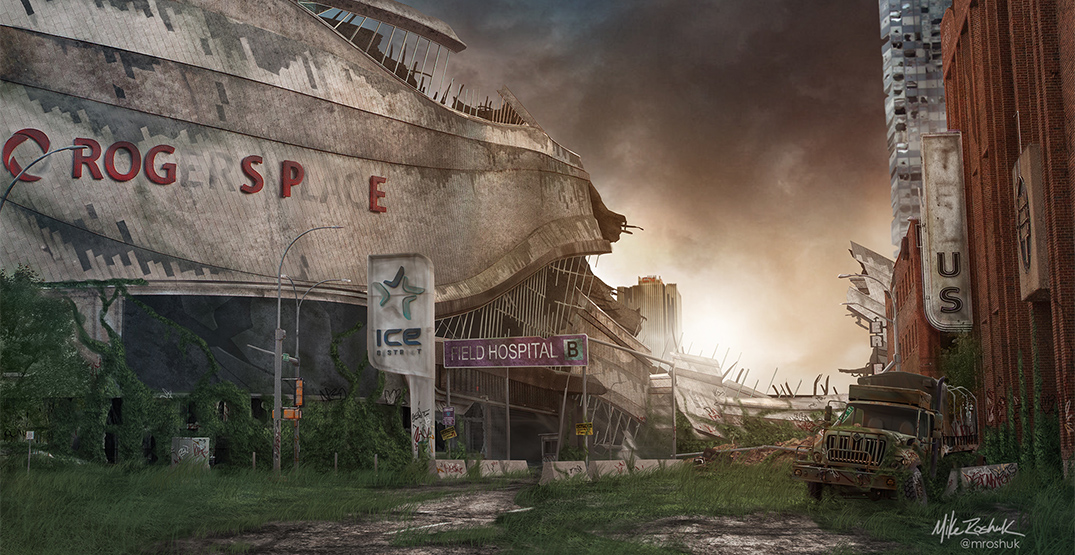 An Edmonton artist has created post-apocalyptic renditions of the city which have made a splash online during a year that’s been filled with more unease than usual.

Mike Roshuk, a graphic artist and illustrator, has created three pieces depicting landmarks in the city that look like they could be featured in the latest zombie apocalypse movie.

“You know how there’s post-apocalyptic and disaster movies that we all love, and they’re usually focused on cities like New York and LA and Las Vegas. I thought it would be cool to see my hometown Edmonton done up in this type of fashion,” he told Daily Hive in a phone interview. 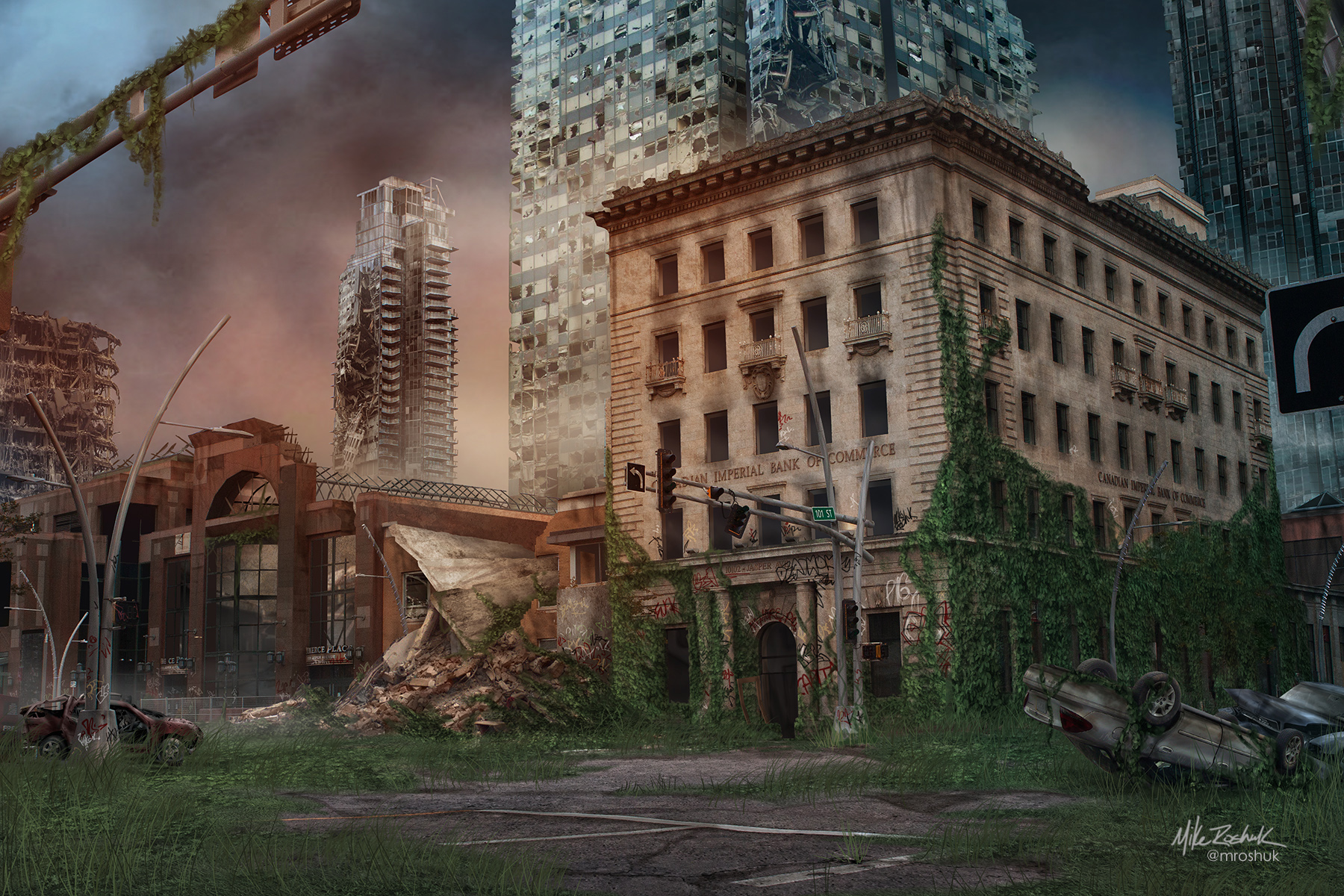 He watched the Netflix show Black Summer which was filmed in Calgary and remembers feeling extra uneasy because he recognized the locations.

He posted one image of the Alberta legislature and another of Jasper Avenue to Reddit this week, and they quickly made it to the top of Edmonton’s subreddit.

“This year with the whole pandemic, I think what’s resonated with people is we all have this collective sense of dread and end of the world,” he said. “We all have that feeling in the back of our mind that maybe there’s a 1% chance that this could be a reality.” 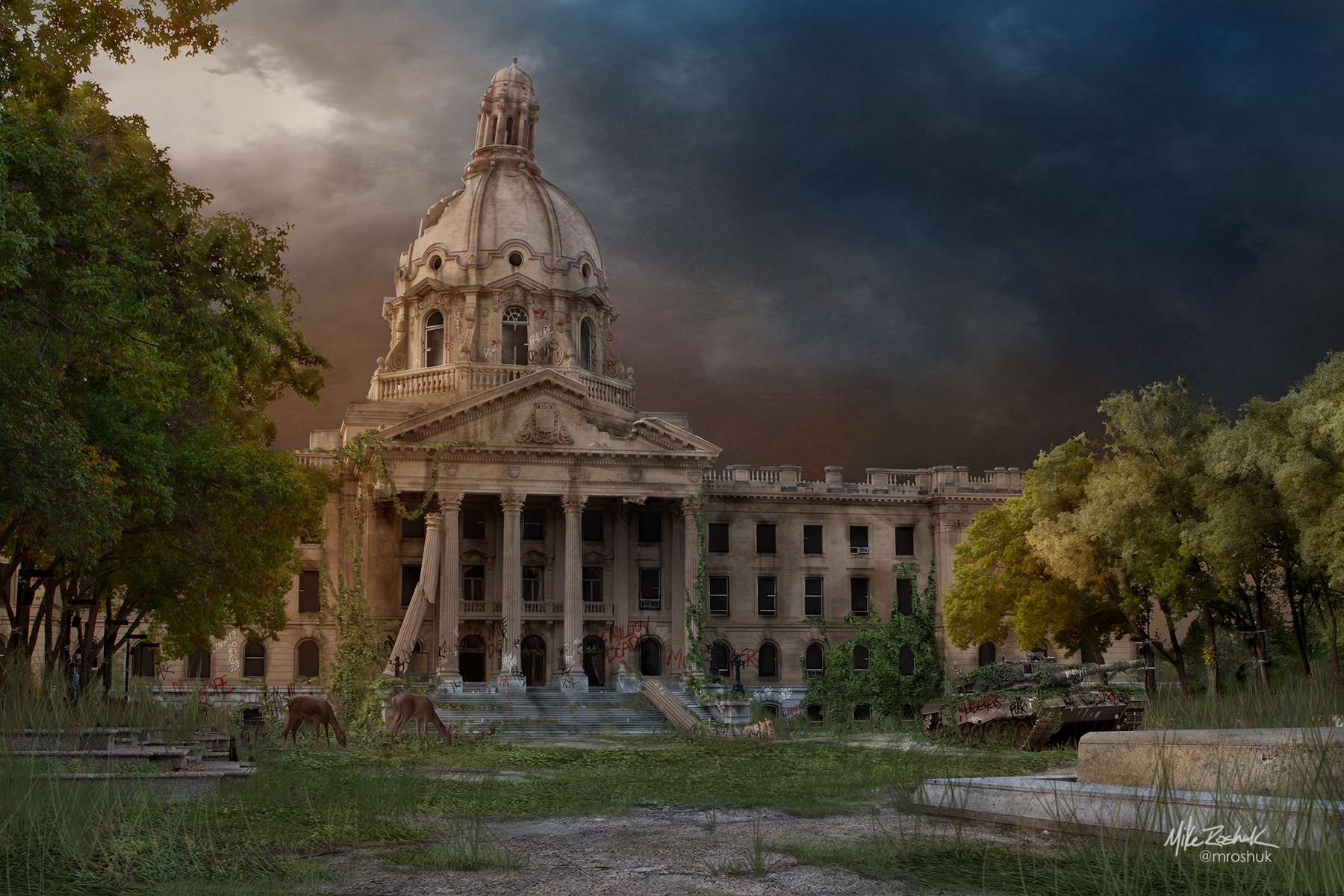 Roshuk created the pieces by taking photographs on a Sunday morning (while the streets weren’t so busy) and then added in the surreal elements in Photoshop. The two pieces took him about nine hours of work altogether, he said.

On Thursday, he showed Daily Hive a third piece depicting the Ice District with a decrepit arena and grass growing in the street.

He picked the locations because they’re so recognizable to residents, mentioning how the legislature is a particular favourite for wedding shoots in Edmonton.

He’s glad his just-for-fun project hit home for so many people and plans to give a couple more Edmonton locations the apocalypse treatment in the coming weeks.