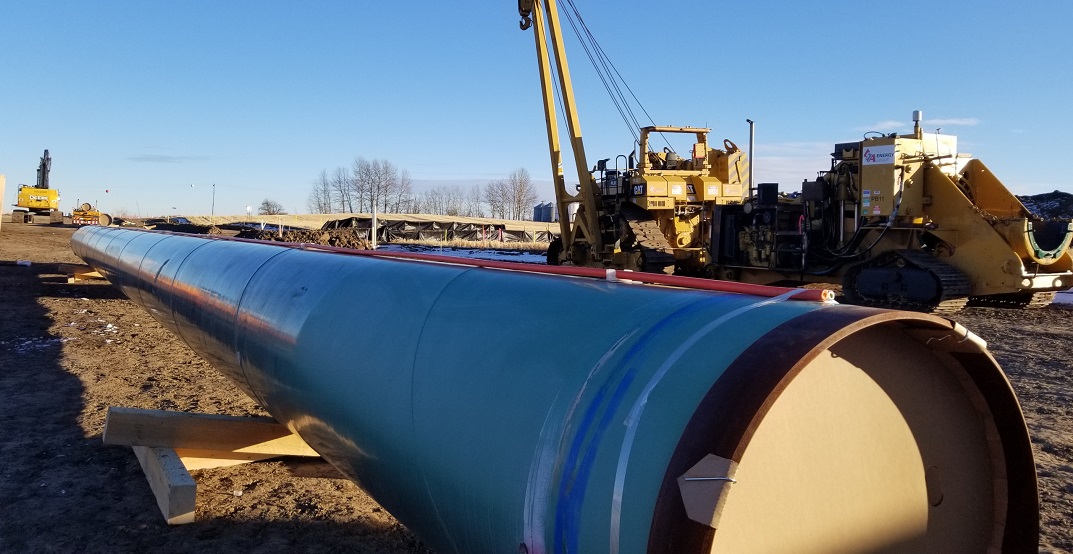 Trans Mountain Expansion piping is officially on the ground with pipeline construction kicking off on December 3.

Construction on the project as a whole was restarted on August 22, but Tuesday marked the first time in the years of planning, controversy, and delays that the project saw work being done on the pipe itself, according to a release from Trans Mountain.

Previous construction had included ongoing work at the Westridge Marine Terminal, the Burnaby Terminal, and at Alberta pump station.

“Getting shovels in the ground in Alberta and kicking off pipeline construction is a pivotal moment for Trans Mountain,” said Ian Anderson, president and CEO of Trans Mountain, in the release.

“We are proud of the project we have designed and the innovative measures we are implementing that demonstrate the kind of rigour and detail that will go into every stage of this project to mitigate risks, respect the rights of those directly affected, and operate safely.”

The work that was kicked off on Tuesday includes putting to ground 50 km of pipeline running from the Edmonton Terminal in Sherwood Park to Acheson, Alberta.

The most notably stall in the project came in the summer of 2018 when the Federal Court of Appeal determined that the National Energy Board’s assessment of the project’s impact was flawed, and that the Government of Canada did not properly consult with Indigenous peoples.

In the year since, the pipeline was purchased by the Trudeau Government, additional consultations were made, and a new NEB assessment was approved, leading to the resumption of construction this summer.

“Today is an exciting step forward for Trans Mountain. It is also a step forward for not only Alberta, but for the economic growth and prosperity for Canada as a whole,” said Sonya Savage, Alberta’s Minister of Energy, in the release.

“Alberta is a world leader in producing energy with the highest environmental, social and governance standards. While completion of the Expansion Project is the one true measure of success, it’s important to celebrate achievements — like this — along the way.”

Full construction on all aspects of the project are expected to be underway by February 2020, and the extra pipe is expected to be in service and delivering an estimated 590,000 additional barrels of oil per day by mid-2022.