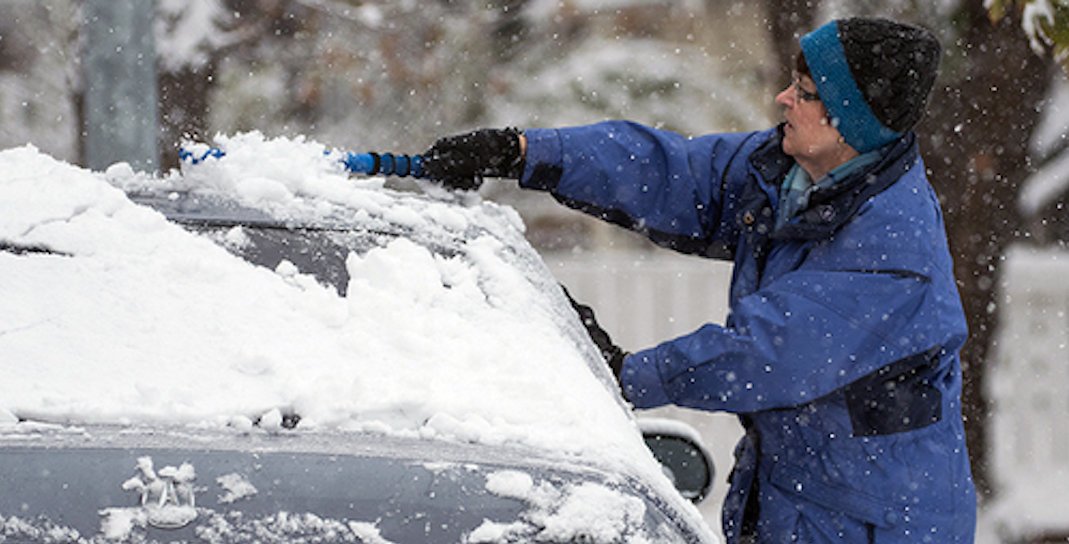 A number of collisions were reported to police during a snowy Wednesday morning commute in Edmonton.

According to EPS, between 5 and 10 am Wednesday, total of 26 collisions were reported to police.

“Environment Canada is expecting the snow fall to taper off across the city later today,” said an EPS spokesperson in a statement.

“As such, motorists are asked to be patient and drive for the slippery road conditions, during commute home this afternoon.”

According to Environment Canada, the snowfall warning for Edmonton ended at 12:08 pm MST, but the road conditions may still be dangerous for the rest of the day — and possibly the week — with freezing temperatures and more snow in the forecast.

Be safe out there, Edmontonians.

#yeg our city is once again covered in snow. Even though it looks like Mr. Freeze made a stop in our city, we would like to remind drivers to please drive according to road conditions and slow down. #yegtraffic #yegwx