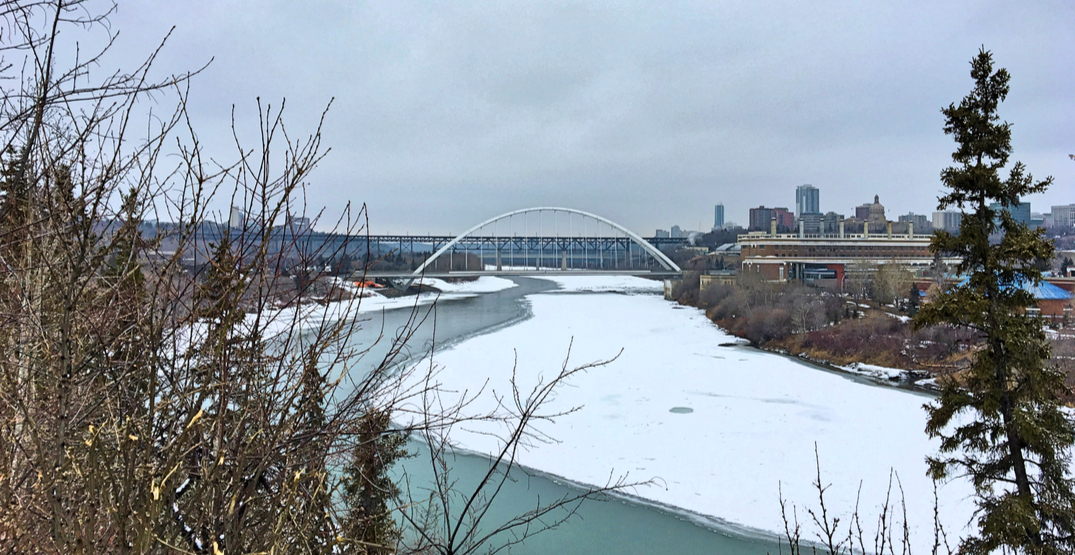 Brace yourselves Edmontonians, as the city officially descends into the depths of winter.

According to Environment Canada, freezing temperatures and tons of snow are set to hit Edmonton this week, reminding us all what Alberta winters are really like, given that most of the season was comprised of pretty mild temperatures.

Scattered flurries are expected throughout the day Tuesday with a high of-11°C, before the snow really picks up in the evening, and five to 10 centimetres is expected overnight.

As the week goes on the cold spell will only get worse, and snow is expected to accumulate, with flurries also on the forecast for Wednesday, Friday, and Saturday.

Two to four centimetres is expected Wednesday, and high wind chill will have things feeling closer to -20°C.

Temperatures drop even further later in the week, with lows of -28°C expected on both Saturday and Sunday evening, and things aren’t expected to get any better next week according to The Weather Network. 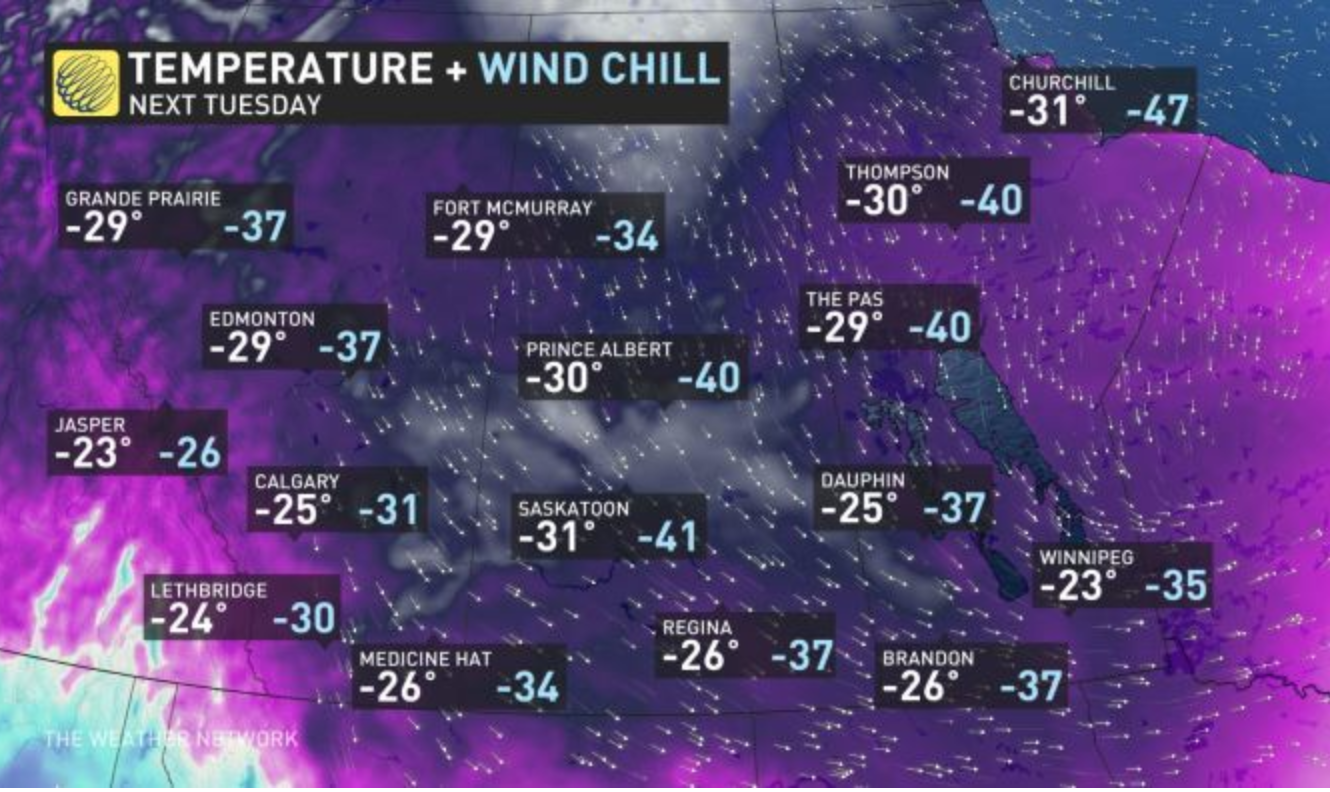 “Bitterly cold air is going to be taking over much of the Prairies through next week,” says the network’s meteorologist Kelly Sonnnenburg.

Although it’ll be chilly, we can’t complain too much, given that St. John’s Newfoundland currently has 69 centimetres of snow on the ground.