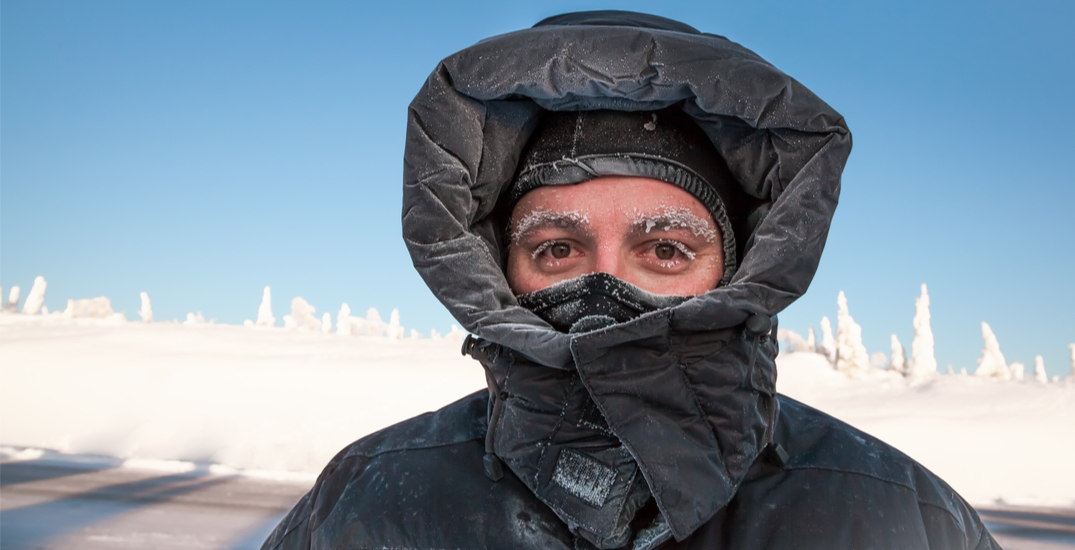 It’s January in Canada, so you know it’s cold. It’s currently so chilly that a spot in Canada is tied for being the coldest place on Earth.

And the deep freeze doesn’t stop there.

According to a new weather report from WX-Now, which tracks the world’s most extreme weather, 13 of the top 15 coldest places on Earth right now are in Canada.

The coldest spot on the planet is a tie between Burwash Airport in the Yukon and Northway, Alaska. Both spots are recording a bitterly cold -48ºC.

The list is filled with spots in the Yukon, with seven spots in that territory out of the top 10.

The only other non-Canadian location is Jakutsk, Russia, at number eight, with a temperature of -46ºC. 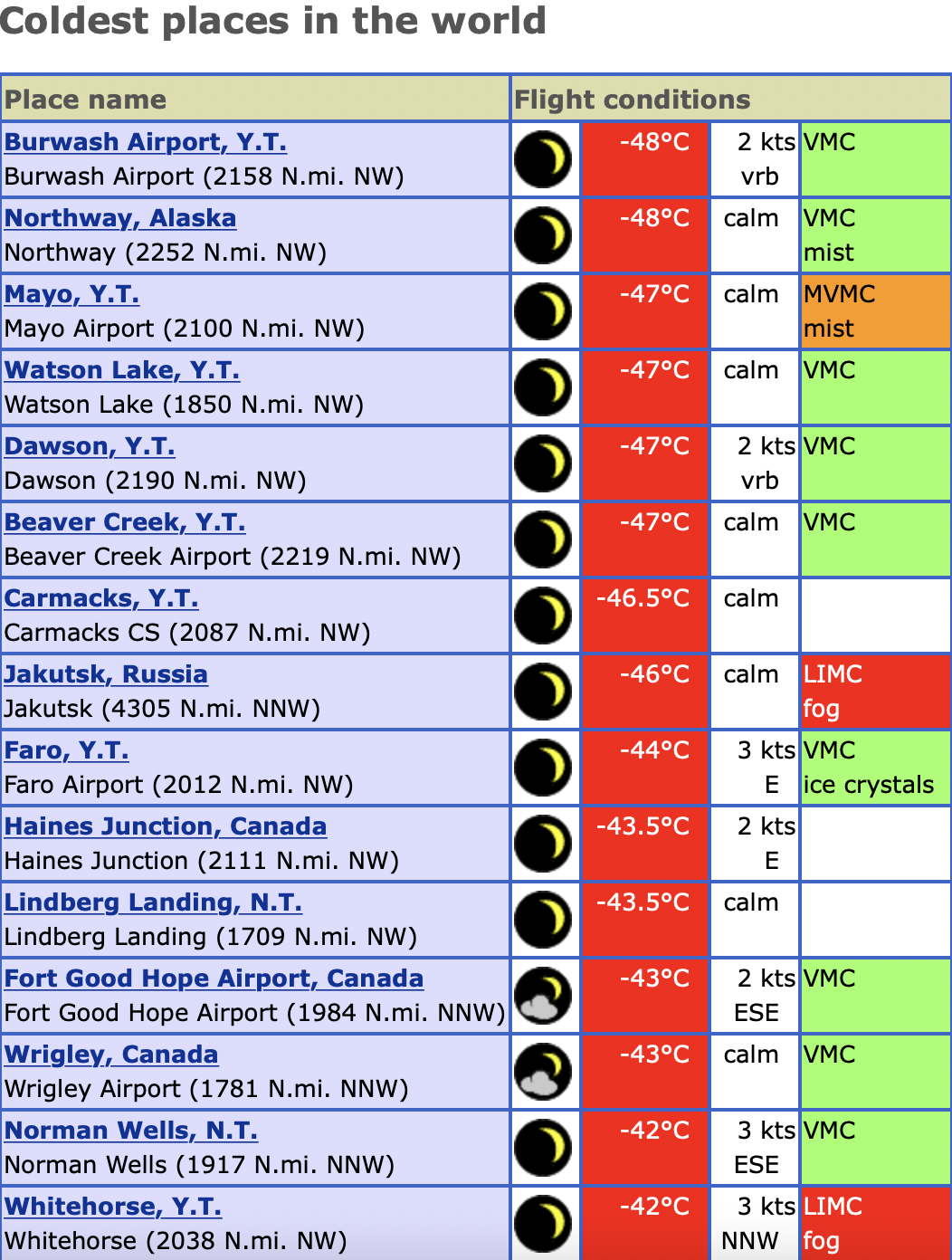 There are also a couple of locations in the Northwest Territories that are enduring brutal cold.

At the bottom of the list is the capital of the Yukon and the largest city in northern Canada, Whitehorse.

So bundle up out there. With a place in Canada tied for the coldest on the planet and much of the country making up the top 15, make that hot chocolate and take it easy.