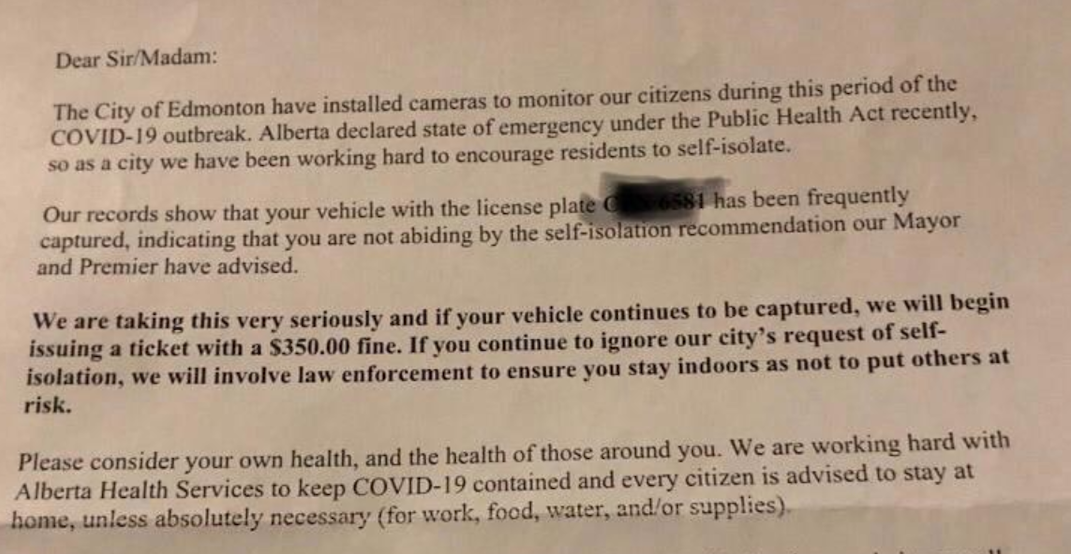 The City of Edmonton has confirmed that a letter circulating that threatens fines for not self-isolating is, in fact, fake.

The letter, uploaded to Reddit and other social media sites, states, “The City of Edmonton has installed cameras to monitor citizens during this period of the COVID-19 outbreak.”

The letter goes on to say that those whose licence plates have been captured outside of the home will be issued a $350 fine for violating the government’s requests to self-isolate.

Interim City Manager Adam Laughlin confirmed in a press conference Tuesday that the letters are fake.

Laughlin was speaking about measures the city is taking to address the coronavirus pandemic within the city, including stricter enforcement of physical distancing.

He went on to explain that the kind of enforcement outlined in the letter is not something the city is doing.

“I would like to speak for a moment about something the city is not doing, because I’m concerned that somebody is misleading Edmontonians,” said Laughlin.

“It’s come to our attention that there are letters circulating which state that the city is tracking people’s movements using licence plate numbers, and is threatening fines for violating self-isolation.”

“Let me be clear, this is not a letter from the City of Edmonton. It’s a fake. Ignore the letter.” 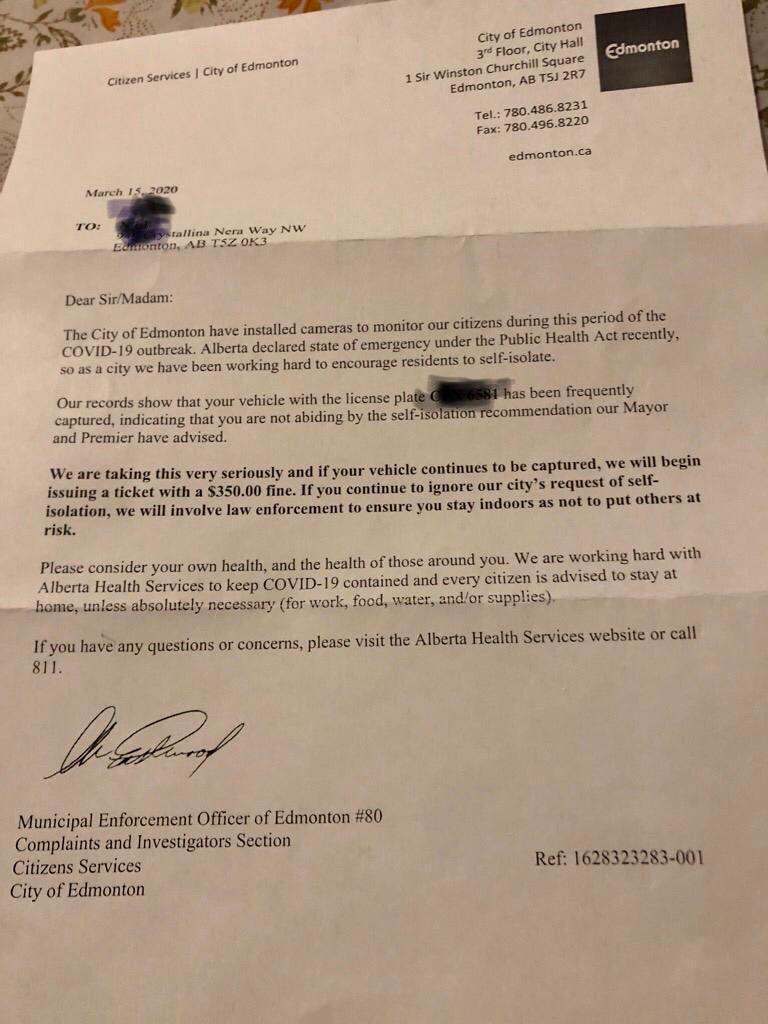