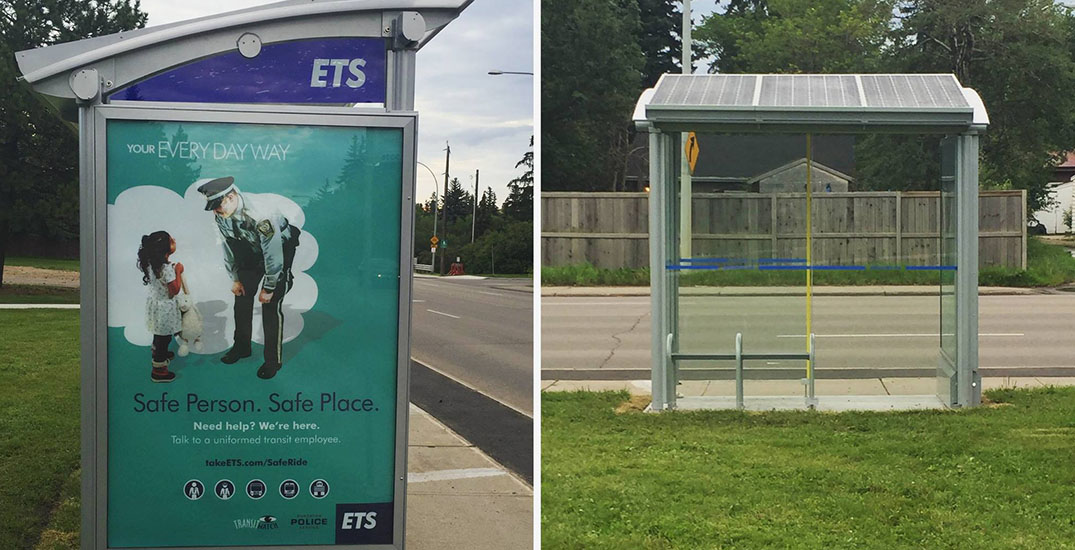 The Edmonton Police Service says 43 bus shelters were damaged this week during a string of vandalism.

The vandals smashed the glass in shelters along 142 Street, 87 Avenue, 109 Street, and Whyte Avenue. The damage to the city structures totals more than $30,000, police said in a news release Thursday.

Investigators believe the vandals broke the shelter window panes overnight between Monday, May 4 and Wednesday, May 6.

They’re asking anyone who witnessed the vandalism to contact police. As well, if anyone lives near a damaged shelter and has security cameras, police would like to see the footage.

The damaged shelters are located: