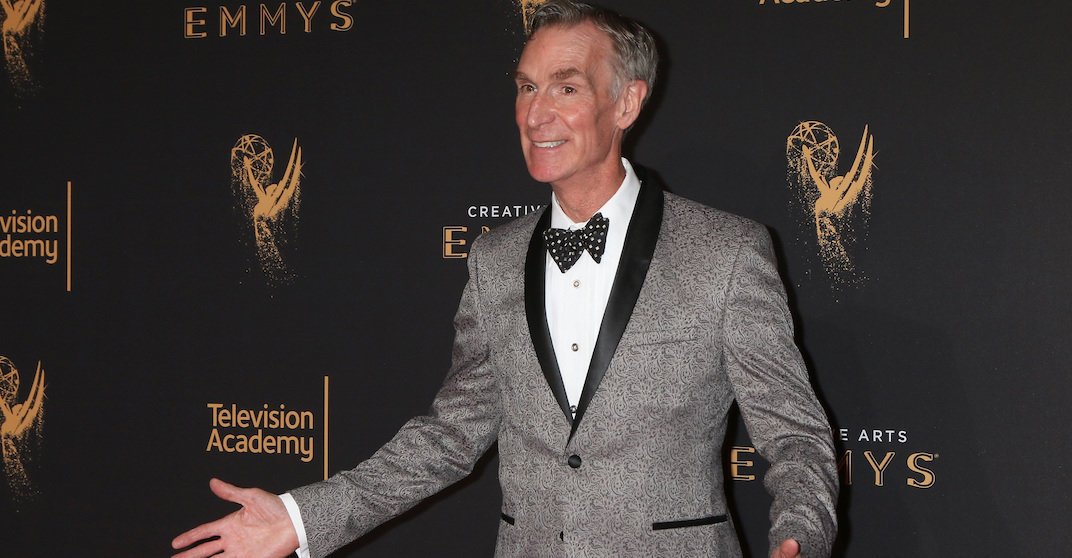 Bill at the 2017 Emmy Awards (Shutterstock)

Beloved scientist Bill Nye the Science Guy will put his science tips and tricks on display this week in Edmonton.

On November 16, Bill will stop by the Northern Alberta Jubilee Auditorium for an entertaining evening of science, education, and discovery, with an audience Q & A.

Bill Nye is an American science educator, speaker, engineer, comedian, television presenter, author, and inventor, who has been trying to help people understand and appreciate the science that makes our world work throughout his whole career.

While working on 747 aircraft at Boeing, he entered and won the Steve Martin Look-Alike Contest in Seattle, which led to his performing as a standup comic.

He met a few other comedians and started submitting jokes to Almost Live, Seattle’s own comedy show where he came up with the iconic “Science Guy” character and quickly realized that he wanted to create a kids’ show about science.

Bill is known for making science entertaining and accessible for scientists young and old, and now he’s bringing his talents to Edmonton, for an evening of science and fun with the Science Guy himself.

Tickets for the event are available online