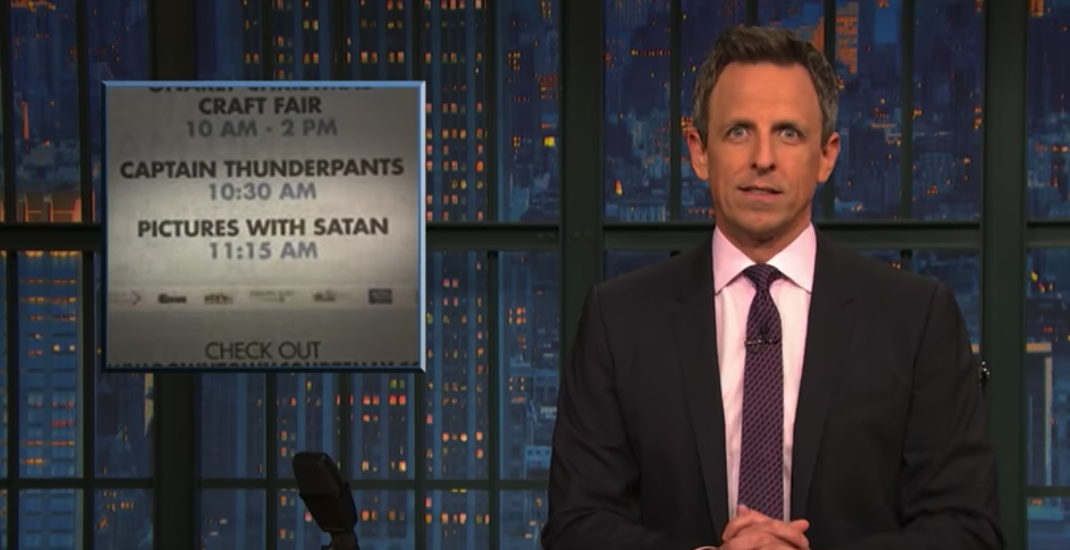 Nothing gets people in the holiday mood more than taking a festive photo with Satan.

Yes, you read that right, Satan, not Santa.

That was the hapless typo printed in a BC newspaper’s event listing that has gained attention from late-night host Seth Meyers.

The hilarious typo quickly went viral and on November 27, the error was addressed by Meyers on Late Night with Seth Meyers.

“A newspaper in Canada ran a Christmas ad this week that misspelled Santa’s name as Satan,” he said.

“Weird, that’s so weird. ‘The same thing happened to me at Starbucks,’ said Kellyanne Conway,” he joked.

The Comox Valley Record has apologized for the man-in-red mix-up.

“Photos of the ad were being shared far and wide on social media, with the newspaper rightfully being called out for its lack of attention to detail,” wrote the paper.

“The same number of eyes proofed the ad as with anything that runs through the advertising and production departments. Somehow, this was missed, and for that, we sincerely apologize – to the clients affected, as well as to any readers offended by the mistake.”

“On the bright side, everyone in the Comox Valley and beyond knows when the Courtenay Christmas parade is,” notes the apology. “So there’s that.”