While 2019 is coming to an end, there seems to be no end in sight for the high cost of rent in Canada’s largest cities.

Overall, 11 cities saw a rise in rental costs, nine saw a downward trend and four remained flat, according to the latest report from PadMapper.

“Over half of all cities experienced double digit year over year growth rates and the largest yearly declines were only around 1%, so the majority of Canadian cities saw rents grow this past year,” notes PadMapper. 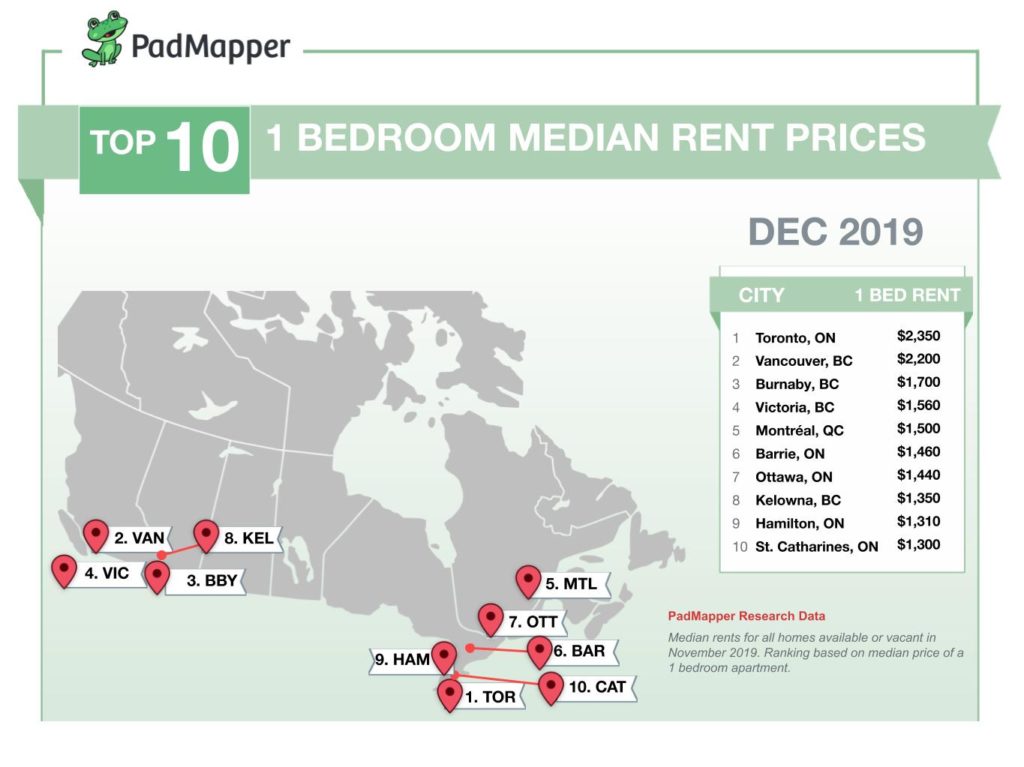 Once again, Toronto took the top spot for the most expensive rent in the country. One bedrooms dropped 2.1% to $2,300, while two bedrooms stayed flat at $3,000.

Montreal dropped to fifth place with one bedroom rent decreasing 2% to $1,500 and two bedrooms remaining flat at $1,950.

On a year-over-year basis, PadMapper notes that Kingston, Kitchener, and London, Ontario had the largest growth rates.

In Kingston, one bedroom rents grew by 15.6% since this time last year. Kitchener and London both saw one bedroom year-over-year rents increase by 15.5%

The cheapest rent in Canada this month can be found in St. John’s, Newfoundland, where one bedroom rent costs $800 and a two bedroom goes for an average of $860.