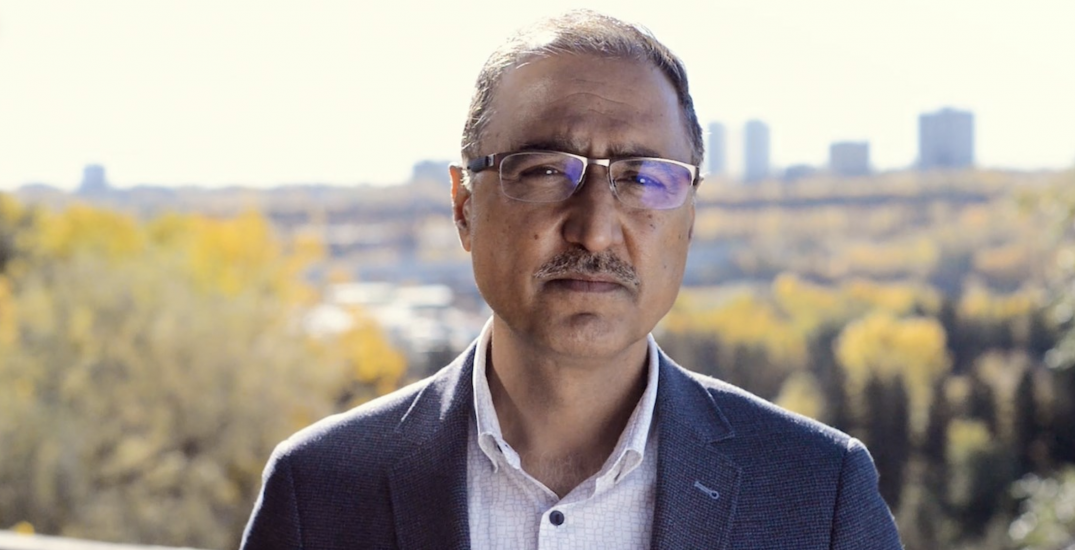 Amarjeet Sohi has been named Edmonton’s next mayor-elect, making history as the first South Asian to have this role.

Edmonton’s 2021 municipal election was held on Monday, October 18, with advance voting open from October 4 to 13. According to the City of Edmonton’s unofficial results, Sohi has 45.09% of the overall votes, which puts him 46,308 votes ahead of second-place candidate Mike Nickel.

“I came to this city as a young man,” said Sohi during a livestream broadcast on Monday night. “I had nothing, yet I had everything. As an 18-year-old immigrant without much to my name, I had ambitions and dreams to build a better life in a new home. Dreams that sometimes seemed impossible.”

“Today, because of you, we have made the impossible, possible,” continued Sohi. “We will build an Edmonton for all of us. So let’s get to work.”

Edmonton, I love you. And I am so proud to be your Mayor.

The next chapter of our story starts tonight.

Let’s get to work. pic.twitter.com/KYePUlv0TV

Sohi is an Indo-Canadian politician who served as Canada’s Minister of Natural Resources from 2018 to 2019 and Minister of Infrastructure and Communities from 2015 to 2018.

As Edmonton’s South Asian mayor, Amarjeet Sohi will replace Don Iveson, who has served as the city’s leader since 2013.

Iveson expressed his congratulations to Sohi on Twitter on Monday evening, saying “I know Edmonton will thrive under your leadership.”

On behalf of the City of Edmonton, I congratulate @AmarjeetSohiYEG on his election as Edmonton’s 36th Mayor. I know #Edmonton will thrive under your leadership.

Read my statement below: pic.twitter.com/IL1nigRvDJ

Edmonton’s new mayor and city council members will be sworn in at City Hall on Tuesday, October 26.

In addition to municipal elections in both Edmonton and Calgary on October 18, Albertans voted on two referendums this month. The first was in regard to removing equalization payments from the Constitution, and the other was about whether to switch to permanent daylight time, eliminating Daylight Saving Time and the need to switch our clocks twice a year.

The official results of the referendum votes are expected to be released by Elections Alberta at 11 am on Tuesday, October 26.