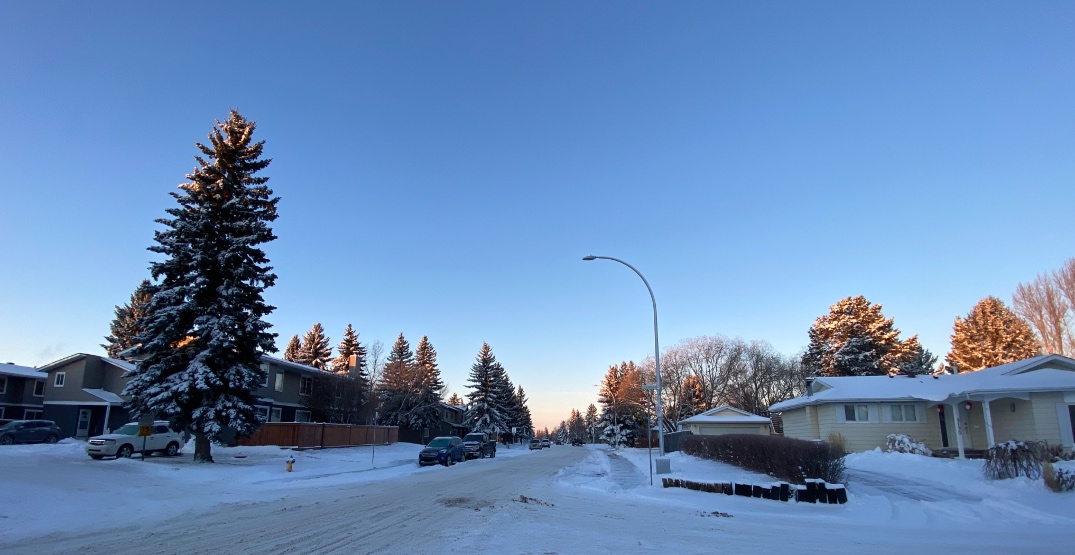 The first significant snow event of the season for Alberta has passed, and some of the snow totals from the winter storm are pretty wild.

Environment Canada has issued its weather summary for the storm, which saw between eight to 53 centimetres of snow accumulate in the province.

Environment Canada says in Banff and Jasper, snow began on Friday and ended Monday night. Its automatic observing stations recorded 17 to 21 centimetres of snow, while third-party sources like Twitter reported a hefty 35 centimetres in Banff and a staggering 53 centimetres at Lake Louise. Pretty impressive for a November winter storm in Alberta.

Have you heard the news? 📣 The Top of the World chair opened today! Aaaaand we’re opening the Summit Chair tomorrow! See you on the slopes!#lakelouise#skilouise#justlakeit

Let it snow!❄️ Jasper National Park has transformed into a beautiful winter wonderland. Who’s ready for winter adventures in the Rockies?

Snow fell across central Alberta, from Monday afternoon until Tuesday afternoon, according to Environment Canada. Here’s a breakdown of how many centimetres of snow was recorded in 15 locations:

This winter city is a beauty! #yeg pic.twitter.com/aM0thdu0M1

Environment Canada adds that their summary may contain preliminary or unofficial information and does not mean it’s a complete or final report on the storm.