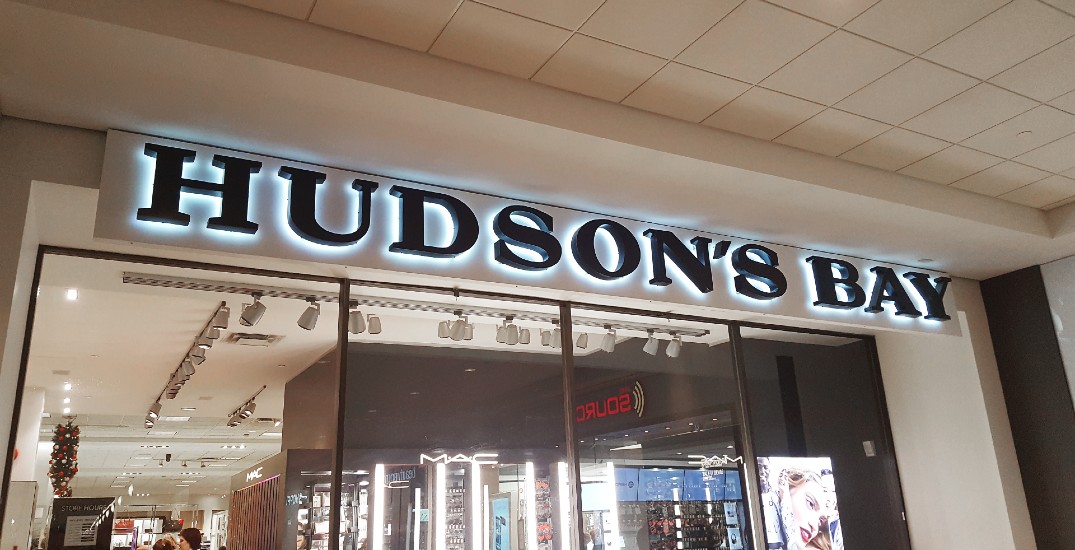 The Hudson’s Bay Company (HBC) has announced a round of layoffs that will affect its corporate department in Canada.

The retailer says 2% of its corporate staffers are impacted.

In an email to Daily Hive, Deputy Vice President at Hudson’s Bay Tiffany Bourre confirmed that the step was taken to as a result of significant external pressures on Canada’s retail sector.

“[Hudson’s Bay Co.] is realigning its strategic priorities and increasing efficiencies within its operations,” she said.

“While these decisions are not easy, we are committed to treating everyone with fairness and respect,” Bourre added in a response to Daily Hive.

The company closed its massive and historical Toronto location in March last year. Staffers who were consequentially let go would receive “appropriate employment separation packages and transfer opportunities will be explored where feasible,” according to a statement Hudson’s Bay provided to employment lawyers at Samfiru Tumarkin LLP.

Around the same time, the company also proposed a new vision for the heritage property at 674 Granville Street in Vancouver and officially revealed renderings to the public. Daily Hive Urbanized was the first to report HBC’s proposal details.

A year prior to the Toronto location shuttering, Hudson’s Bay laid off more than 600 employees, citing COVID-19 lockdown pressures.