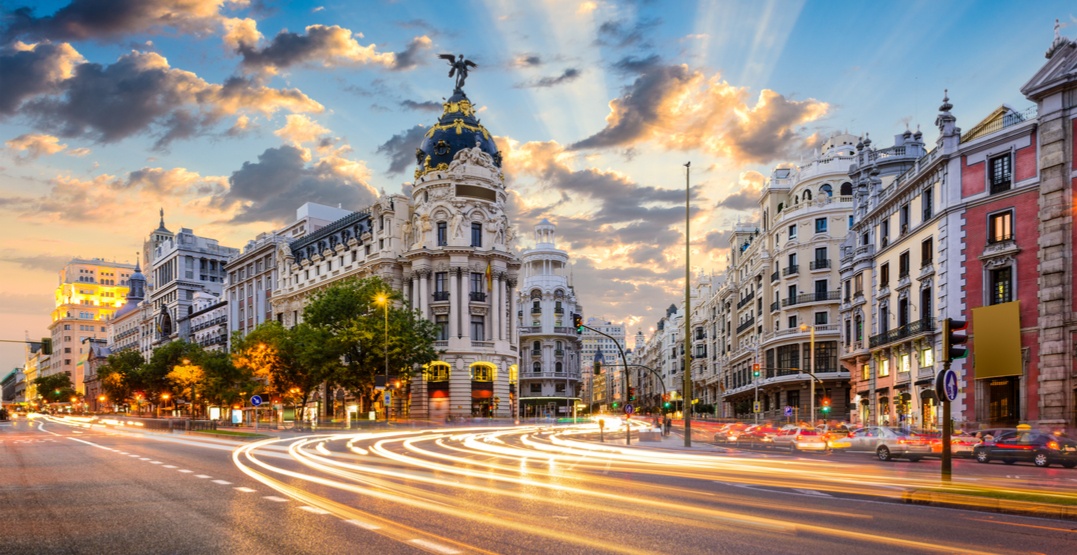 Take a trip across the Atlantic to one of the most beautiful cities in the world.

According to flight-finding website YYCDeals, trips from Calgary International Airport to Madrid, Spain are currently going for less than you’d pay for a high-end luggage set.

The roundtrip flight costs around $700, and can be found through Momondo.ca.

While it’s not the quickest way to get there, you’ll end up saving roughly $300 compared to the average airfare – just by spending a day in London!

The flight back has a less intense layover, with less than four hours spent in Dallas, Texas. Watch two movies and that time will fly by! Or just have yourself a nap, as you’ll be needing it after spending all that time adventuring around Spain.

The flight is available at differing prices for the following dates, though we found the cheapest to be the February 23 to March 7 option:

To find the deal, simply punch one of these date combinations into Momondo.ca for Calgary International Airport (YYC) to Madrid, Spain (MAD).