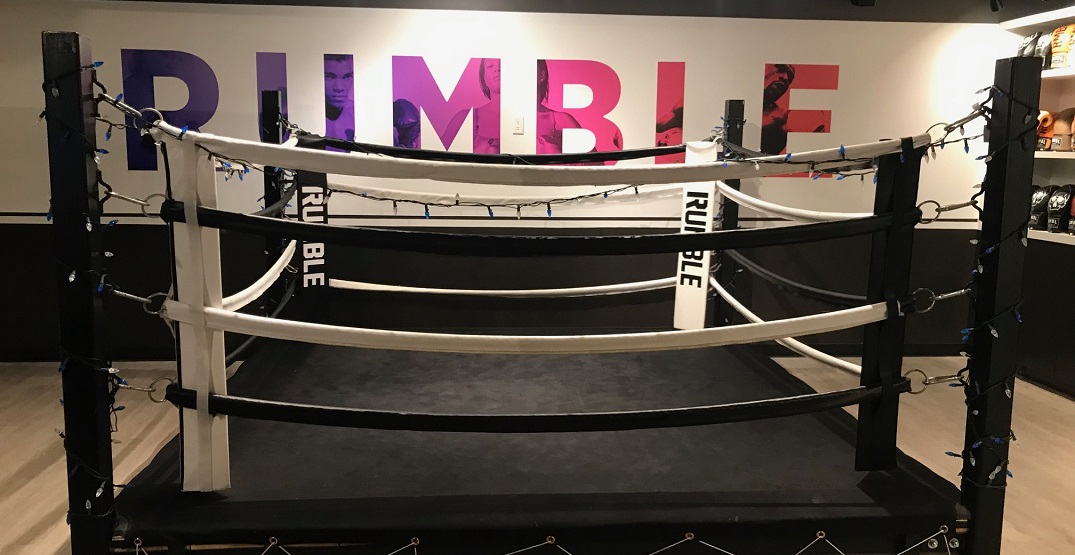 You’ve probably seen it while taking a stroll down 17th Avenue.

Peeking in under the white and black RUMBLE BOXING sign, you’d notice a little ring flanked by walls covered in boxing gloves. “I guess it’s some sort of gym?” you might think to yourself before carrying on down the street to one happy hour or another.

If that has ever happened to you, you’re not alone! That was the extent of my knowledge about the place until recently, when I finally got around to taking a class.

Let’s just say that I can still feel the workout in my arms as I’m typing this a day later.

So without further ado, here’s what you can expect from your first class at Rumble Boxing Studio. 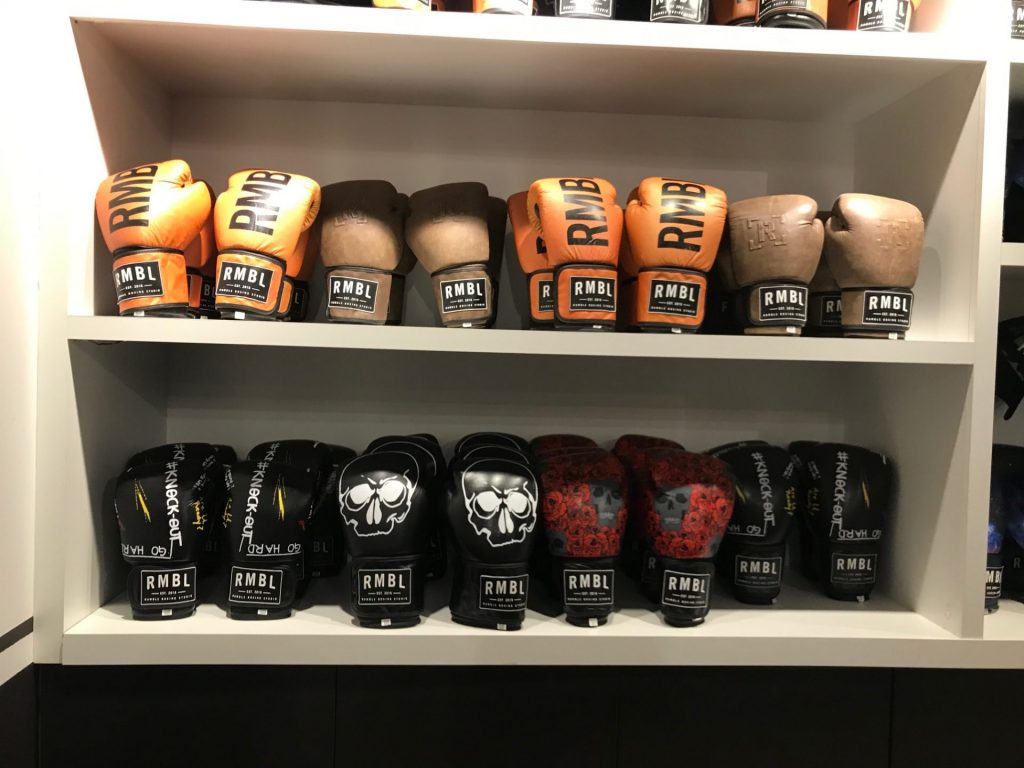 Whether you reserved a spot in a class in advance or are just dropping in on a whim, you’ll walk in, sign in, and (if it’s your first class ever) pick up some mandatory hand wraps. Don’t worry if you, like myself, have absolutely no idea what to do with them, because the good people at Rumble will show you how to wrap up your hands in a way that doesn’t lose you a finger.

Hands wrapped, you’re already feeling like something of a badass as you pick up your gloves and head over to the change rooms, which feature showers, toilets, and all the amenities you’d ever need to head straight to work/a hot date/wherever it is the night might take you afterwards.

Lockers are kept right outside the studio, where you’ll be able to cram all your personal belongings and lock up with your own four-digit code — no quarters required.

Sometime throughout all this you’ll need to mark down your initials on a dry-erase board beside the water fountains, reserving a punching bag to beat up for the next 45 minutes.

It’s entirely up to you if you want to be front row, out in the back, or, like myself, somewhere in the middle.

The doors will eventually open, and you’ll be invited into what at first looks to be a dimly lit forest of punching bags.

Numbers are marked on the floor below each bag, so as long as you remember which one you signed up for on the whiteboard, you should be able to find yours eventually. 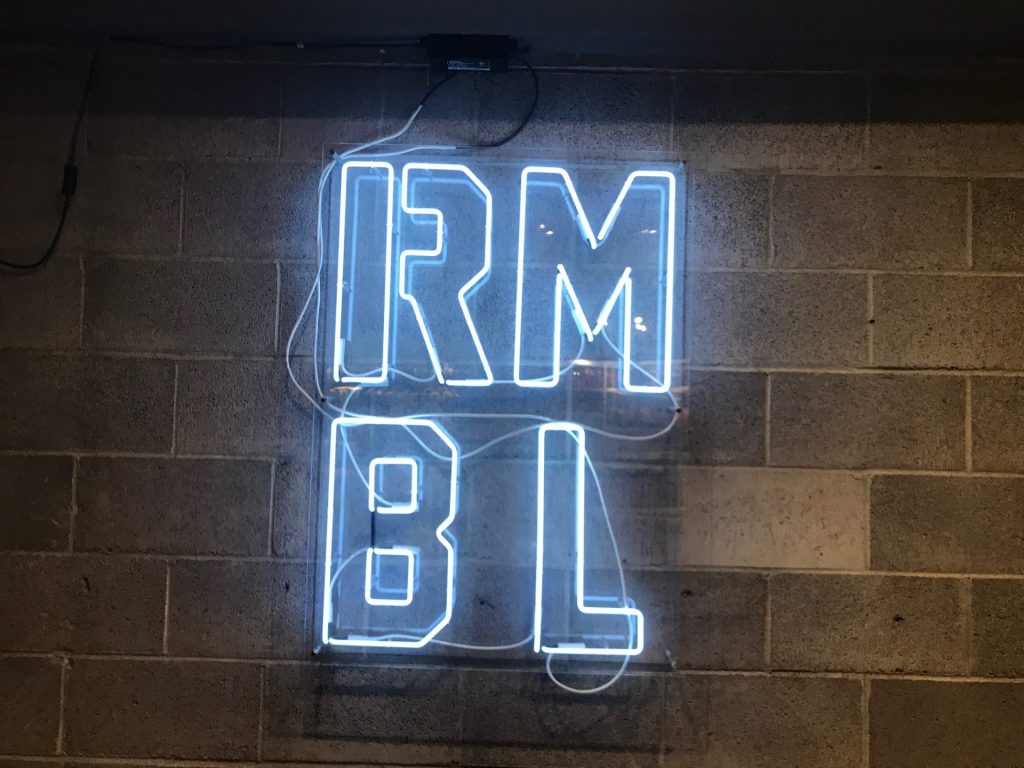 As someone who had never actually punched a punching bag before (but who has been known to attend the occasional spin class) Rumble Boxing’s formula was pretty easy to pick up.

Much like other turn-the-lights-down-and-exercise-to-the-beat-type classes, Rumble starts off with a brief explanation of how exactly things are going to go.

Once you catch the beat and start to figure out the right moves, you’ll feel like a regular Rocky Balboa within the first few songs — except instead of beating up some cow carcasses in a freezer, you’re grooving under a literal disco ball.

The difficulty ramps up as the class moves along, with some simple footwork thrown in, more intricate combos, and the occasional sway from side to side.

It’s not exactly dancing, but landing punches in the right order, at the right times, is an incredibly satisfying feeling, and bopping around on your toes while doing it just adds to the fun. 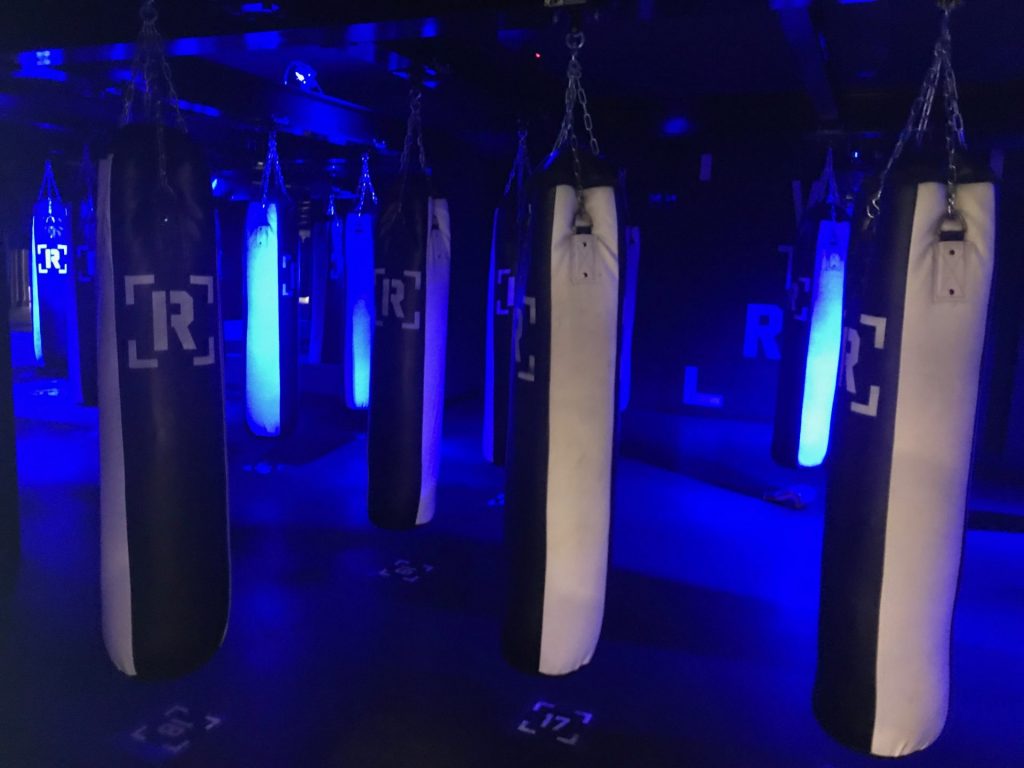 Now, the instructor might be a little hard to see at times for those in the middle or back rows, what with all the punching bags blocking off your line of sight, but the people at the front are usually keeping up well enough that they can act as a guide when necessary.

Its’ not all just punching a bag, either. At certain points throughout the class, the instructor gets you to do some squats, get on the floor, do crunches, and just generally give a little love to the rest of your body.

It’s honestly a welcome change of pace for anyone whose hands are getting a little sore after pummelling the bag.

Finally, after what seems like both an eternity and no time at all, you’ll get to the last few songs and be told to “freestyle.”

Stringing together whatever combos you might have picked up over the past half an hour, boxers can throw themselves at the bag however they’d like with whatever raw intensity they have left in them.

It all feels extremely empowering, to say the least.

Throughout all of this the instructor is shouting words of encouragement, egging you on, and the dim light of the room washes away any worry that someone might be peeking over and judging just how intensely you’re beating up this bag.

Class wraps up with the usual stretches, a cool down, and a high five as you head out the door.

From my experience, everyone seemed to have walked out of the class with a smile (and some sweat) on their face.

You throw your gloves, wraps, and towels into a bin, grab your stuff from whatever locker you chose (make sure to remember the locker number, because they are super easy to forget), and head into the change room.

As noted earlier, full showers stocked with all the wash, shampoo, and gels you’d need before a night out are available for use, eliminating the need to head home right after class.

This is about the time you start to realize that muscles you didn’t know you had are starting to feel a little sore. We’re not just talking arms here, either, as my legs, core, and even sides were feeling the workout a day later. 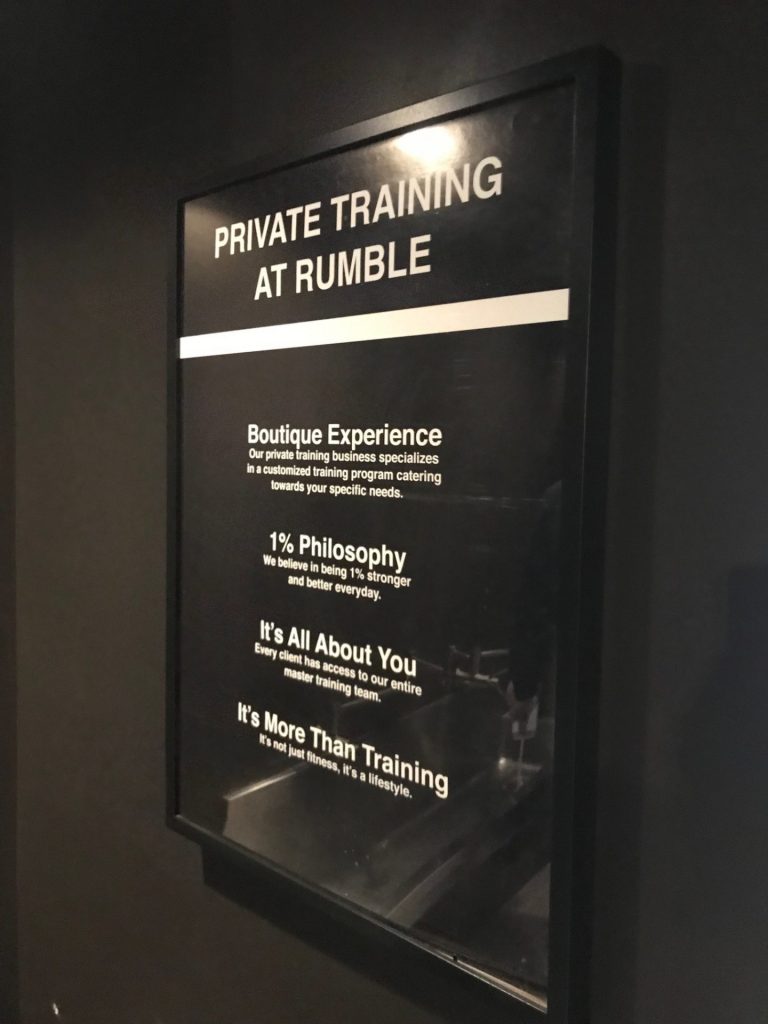 Rumble Boxing was a fun, exciting, and unique way of getting in a high-intensity, full-body workout.

At a drop-in rate of $20 per class (discounts are available if you purchase packs of five, 10, or 20), Rumble comes in at a little more affordable than most 45-minute dance-club-style workout classes.

The studio also offers a first timer’s special of two classes (with glove rentals included) for $24 — though you will have to spend $15 on hand wraps if you haven’t bought any in advance.

Overall, I’d definitely hit up Rumble Boxing again — it’s an especially good choice on those days when you  have some perfectly healthy aggression that you want to let loose.

Rumble Boxing’s class schedule, pricing, and locations can be found on their website. 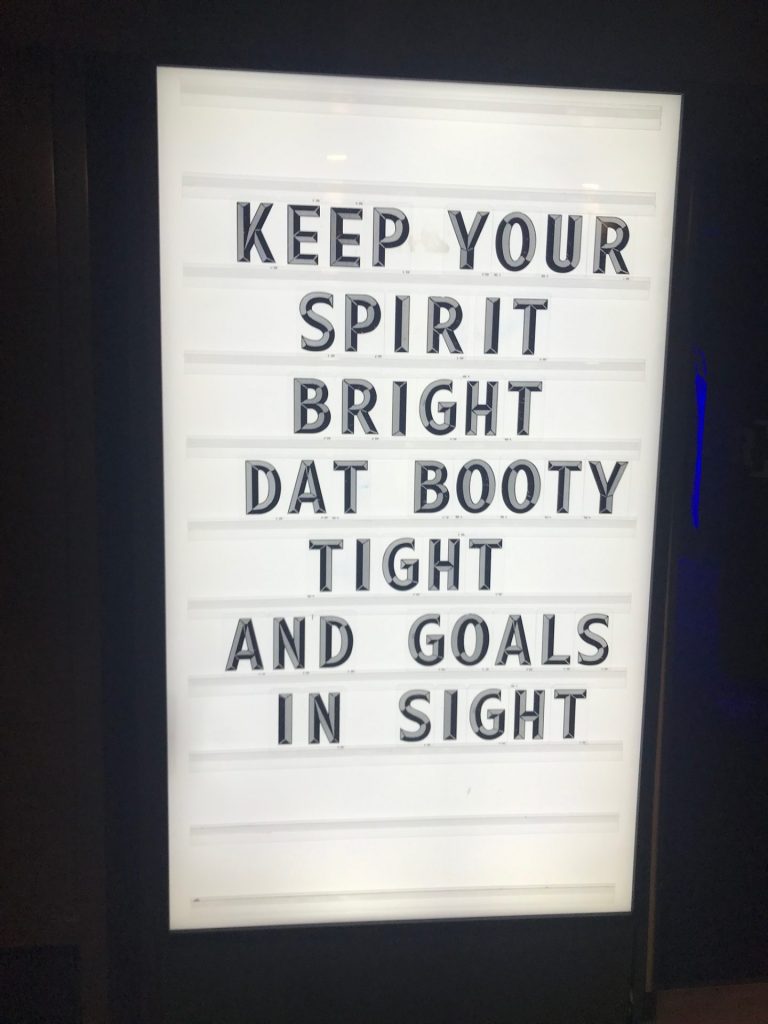