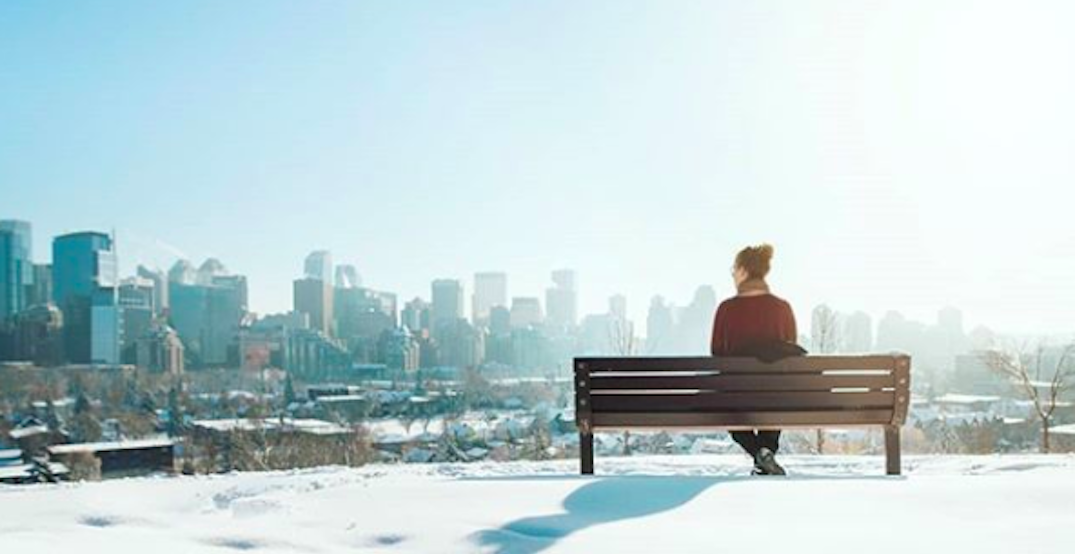 Like all cities, it is more common now for people to meet on dating apps than in “real life,” and Calgary is no exception —  it’s seemingly normal now to hear couples include in their wedding vows how they are “so glad they swiped.”

You’re also constantly hearing stories over drinks, or from coworkers, or even from my mom’s well-informed social network that “so and so” met “prince charming” on Tinder on their very first date.

I think I can speak on behalf of the single and over 30 demographic in Calgary; that is complete garbage. I swear, you’d have better luck winning the lottery than finding a “Prince Charming” first try on a dating app.

Having relocated to Calgary in November 2019 from Vancouver to pursue a new career, and have been single-ish since January 2018, it’s hard to ignore how unique the Calgary dating scene is.

That being said, if you’re like me and you’ve just moved here from somewhere else, or you’re newly single and you’re thinking about hitting the Calgary dating scene, here’s what I’ve found about the YYC dating scene so far.

The eligible partner pool is severely diminished over 30

This is the biggest finding from moving here. People settle down and get married young in Calgary, which, for the record, is the opposite of what it’s like in Vancouver. Since everyone couples up in their 20s, I find the single men who haven’t committed to be looking for the elusive one, ie: the perfect girl.

You know the one; model body, pretty face, well travelled, well educated, good job, great family, completely flawless. No? You’ve never met her? Oh right, that is because she doesn’t exist… or if she does, she’s already taken.

“A divorced man? Absolutely not, swipe no, way too much baggage.” That was my view previously. My view now? The exact opposite. Wow, a man that can actually commit.

Point number one is a huge reason why I view divorced men as a positive now. Like I said, people get married and settle down really early in Calgary. If I married the guy I was dating in my early 20’s, I’d definitely be divorced too.

Everyone’s dating history is “complicated” and comes with a lot of baggage.

I’ve yet to meet a man who doesn’t have some sort of complicated history from previous relationships. Honestly, welcome to dating. We’ve all been burned, though it seems like the flames do a little more damage in Calgary.

You just have to figure out if your baggage can match their baggage. One guy that I went on a few dates with was a serial cheater, and he openly told me that he has cheated on all his ex’s. Sure, I’d love to be the one elusive woman that he never cheats on, but the odds are clearly not in my favour.

One of my favourite things to ask someone is why their last relationship ended. Honestly, I know that not everyone is perfect, but the way they approach the question (or try to avoid it) is quite telling.

There are way more single men than single women in Calgary

I knew this was the case before I moved here, as I have several close male friends in Calgary, and they would constantly complain how there are no girls in Calgary. My best friend of 12 years lives in Calgary and his last three serious girlfriends have all been long distance. He dated a girl in Toronto, a girl in Vancouver, and his current girlfriend lives in Regina.

Furthermore, I actually sat on the couch with one of my male friends both swiping on Bumble at the same time when my location first switched over to Calgary. He was losing his mind and cheering beside me when every guy I swiped for was a match — he’d never seen that before, because women in Calgary tend to be pickier, given that they have more choices. Though I do personally think that men in general are more liberal with their swipes anyway, this was still wild and definitely not normal, leading to a false sense of hope.

In my experience, most women tend to take time for themselves after a substantial relationship before hopping onto Tinder.

Men? Well, given that I like to ask men when their last relationship was, I am always surprised by some of the responses I get, here is a little peek at a couple I’ve recently got;

“I’d rather not say, as it was pretty recent”

The above responses typically leads into the fact that they aren’t in any rush to meet anyone, and they are just looking to have fun. However, it doesn’t mean they aren’t open to it, if it’s the right girl (the elusive one). *eye roll* This is fully code for: The dude just wants to bang out their feelings.

Just be prepared for people to work sex into the conversation before meeting, and to recieve several invitations to someone’s place before you’ve even gone on a date.

It seems like people know that they will get more swipes if their profile says they are looking for a relationship. Which leads nicely into the next point…

Especially since the dating pool is so one sided, I find men lie a lot more in Calgary to get noticed on dating apps.

When I first moved here I was seeing (his words, not mine) a guy for a little over a month. We met on Hinge, and I was stoked that I may have hit it out of the park on my first attempt at dating in Calgary (ha-ha ya right).

He was 6’0, only a few years younger than me, witty, looking for a relationship, and was rocking a badass moustache that for some reason really drew me in. Our first date we decided to meet in East Village to grab a drink. The first thing I noticed was that we were pretty similar in height. To be clear, I am a strong 5’7; I even had an old roommate check with a tape measure in Vancouver.

The date actually went pretty well and we obviously continued spending time together. Over the weeks we spent together, I also learned that he was 27, not 28. It wasn’t until he came out and met all my friends that he shared how we met on Hinge with everyone. As he recounted our meeting to everyone, he explained that on dating apps he always puts his height as 6’ because a friend told him it would help him get more matches. A sad truth that tall guys get more attention, but nonetheless, he openly lied about his height to me… and it worked.

He also laughed about the fact that he was 27 and somehow slipped into my age range (28-40), not quite sure how he pulled that one off, but again, it worked. The moral of this story is that now, I just expect men to be a few inches shorter than what it says on their profile — not that height should really matter.

Polyamorous and open relationships are a thing here

I always thought that Vancouver was much more progressive thinking than Calgary when it came to most things, but I was very surprised to learn that I was wrong when it came to relationships. I have come across way more polyamorous and open relationships in Calgary during the few months I’ve been here than all my years living on the West Coast.

It seems more crucial than ever to read the fine print on a dating profile in Calgary. I have accidentally matched with way too many men in poly/open relationships because I didn’t read their entire bio. I’m not against this lifestyle, nor do I judge what makes people happy in their relationships — I just personally haven’t entered into that type of relationship because I don’t think it is sustainable for me long term, but I am trying to keep an open mind as I wouldn’t want to miss out on someone great.

You have to mentally prepare yourself to go on a lot of dates, as it’s a “numbers game”

Hearing it’s a “number game” is one of my biggest pet peeves. I love that trying to find your partner has been reduced to a game of “go on as many dates as possible and maybe, maybe, you’ll get lucky enough to find someone.”

Unfortunately, you do have to mentally prepare for the fact that you won’t meet “The One” on the first date — or the 30th date. That is the unfortunate part about dating in Calgary, or really, dating in general. There are too many options readily available at the swipe of a finger for people to commit so easily.

This can obviously be good and bad, as you should never settle, but it also means that people may be missing out on a really good match in all the confusion of online dating.