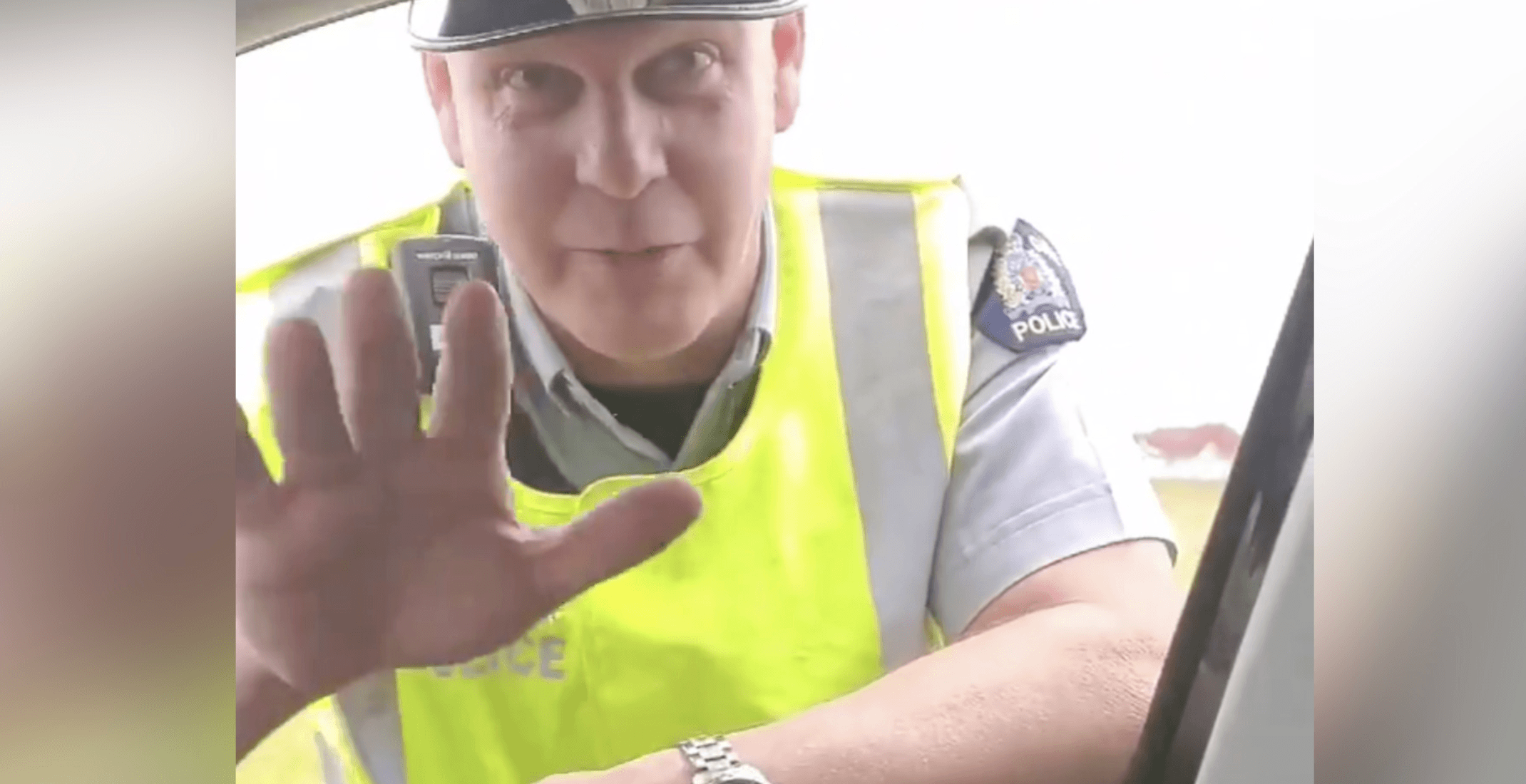 A WWE wrestler was not pleased after she received a speeding ticket in Edmonton this weekend.

US professional wrestler, Lacey Evans, posted a video of her being pulled over by an Edmonton police officer on Saturday.

“That’s not a citation is it?” she asks the officer. He tells her that she is receiving a violation ticket for speeding.

The officer then tries to explain the details of the ticket and Evans grabs it out of his hands and interrupts him.

“You nasty thing, I’ll pay the ticket,” she says. “I hope you have a terrible day. Canada is terrible and I can’t wait to get back.”

Wrestling blog, Cageside Seats, says Evans was staying in character during the altercation.

Evans was in Edmonton to perform at the WWE Live! show at Rogers Place on Saturday evening.

According to her WWE profile, Evans is known as the “Lady of the WWE” and “mixes the glamour of a pin-up model with the discipline of a warrior.” She often uses the phrase “Ya Nasty” while performing.

Daily Hive has reached out to Edmonton Police for further comment.