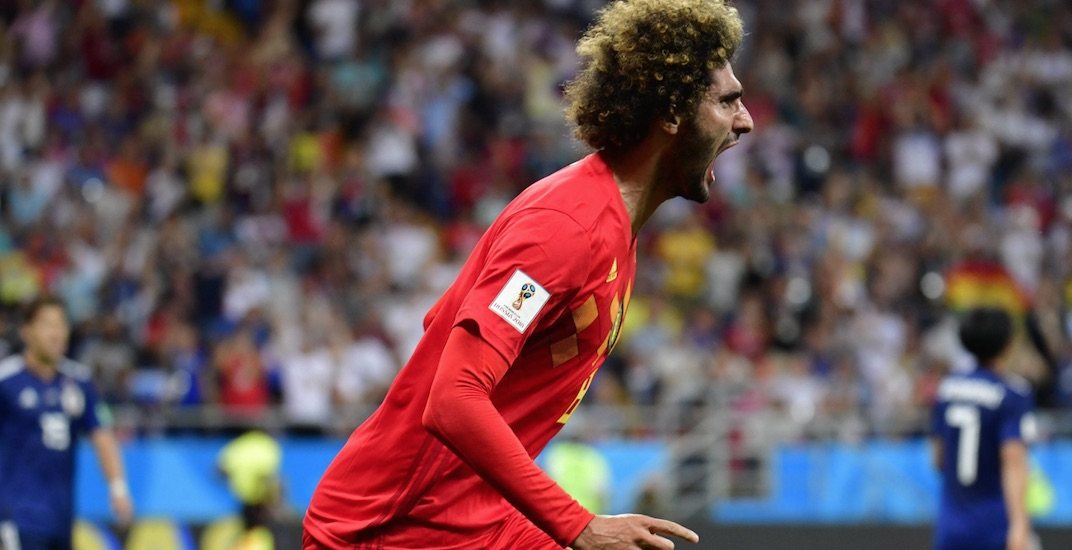 The trend of unpredictable and thrilling matches continued at the World Cup on Monday, when Belgium staged an incredible comeback to defeat Japan.

Down 2-0 in the second half, Belgium stormed back with three goals to become the first country to overcome a two-goal deficit in the knockout round of the World Cup since West Germany defeated England in 1970.

Japan surprised many by advancing to the Round of 16, losing their final group match to Poland on purpose, and advancing on a tiebreaker. The Japanese had their work cut out for them against Belgium, but a pair of goals at the start of the second half had Belgium on the ropes.

A well-placed pass allowed Genki Haraguchi to sneak past the Belgian defence, and the  Japanese winger beat Belgian goalkeeper Thibaut Courtois at the back post.

Nobody expected Japan to pose a serious threat to the Belgian Red Devils, but Takashi Inui added a second goal for Japan just four minutes later.

Inui scores on a ROCKET 🚀🚀🚀 to give Japan a 2-0 lead over #BEL #WorldCup pic.twitter.com/uhcQHCD54B

As every minute passed it looked as though Japan might pull it off. Finally in the 69th minute Jan Vertonghen pulled a goal back to give Belgium hope.

Vertonghen scores on a header from WAYYYYY OUT to cut #JPN's lead in half…now 2-1…set for a wild finish!#WorldCup pic.twitter.com/bCOQCnAWXZ

The stage was set for the comeback, and midfielder Marouane Fellaini evened the game at 2-2 in 74th minute.

Fellaini scores the tying goal on a header (obviously)! Now 2-2 & this match is WIDE-OPEN! #WorldCup pic.twitter.com/9339uYifzT

There were chances for both sides during the dying minutes of the match, but Belgium broke Japanese hearts when Nacer Chaldi scored the match winning goal literally seconds from the final whistle.

MATCH OF THE #WORLDCUP!!!#BEL grabs the WINNER in the final moments of the match to advance to the Quarterfinals pic.twitter.com/t8mVl8KA5w

Back in Belgium, people literally freaked out when Chadli scored.

MADNESS! Absolute scenes as Chadli won it for Belgium in the final seconds… 💥 [🎥tw: michielchris]

After being embarrassed 7-1 by Germany in the 2014 World Cup semi-finals, Brazil has been on a mission to redeem themselves. Mexico, meanwhile, were looking to make it past the Round of 16 at the World Cup for the first time since 1986.

The South Americans have already won the World Cup five times, a record, but they needed to get past Mexico first to keep their quest for a sixth championship alive. It wasn’t an easy game for Brazil, who were locked in a scoreless draw until Neymar poked home the first goal of the game in the 51st minute.

NEYMAR SCORES!!!!#BRA take a 1-0 lead as Neymar scores his 2nd goal of the #WorldCup pic.twitter.com/urxZrcuLzw

Mexico were determined not to give up, and Carlos Vela came very close to tying the game just a few minutes later.

#MEX isn't going to go down without a fight…and they're getting close to a goal of their own #WorldCup pic.twitter.com/Ge0R5wgPAH

In the end it was Brazil who prevailed, with Neymar setting up Roberto Firmino for an insurance goal in the 88th minute.

The big win kicked off a samba-style celebration by Brazilian soccer fans around the globe.

🇧🇷Party time!!! Brazil fans around the world are celebrating their victory over Mexico in style! #BRAZIL #WorldCup #worldcup2018 #brasil

Brazil and Belgium will meet each other in the quarter-finals on Thursday.

The Round of 16 wraps up on Tuesday, with Sweden and Switzerland in action first, followed by Colombia and England later in the day.