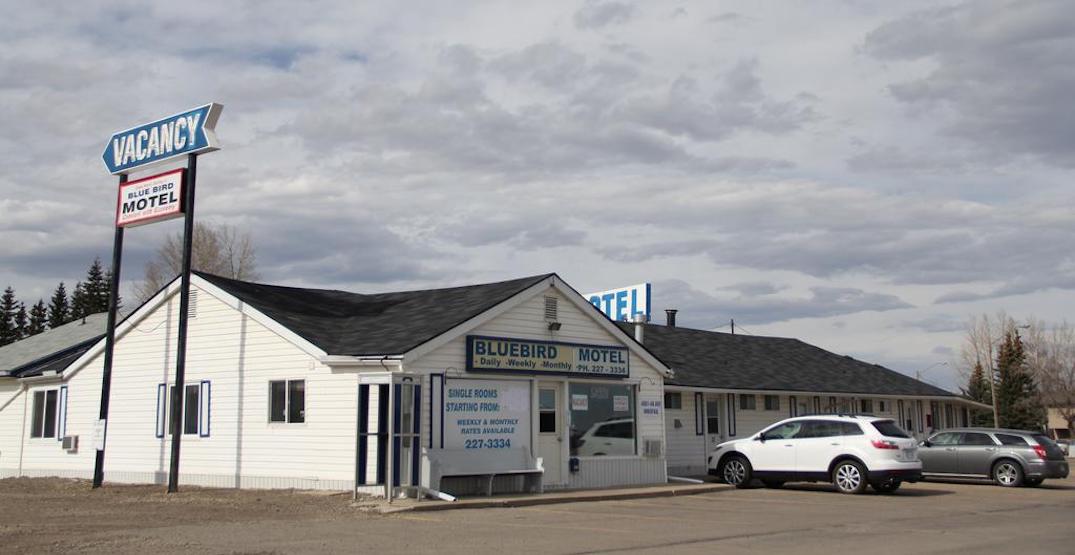 The Bluebird motel, where a woman had been keeping eight dogs (Booking.com)

Eight dogs have been rescued and one woman has been arrested and charged following the animals’ seizure from a motel room in Innisfail, Alberta.

According to a release from the Innisfail RCMP, 46-year-old Karin Adams has been arrested on multiple charges, including eight counts of failure to obtain a dog license, harbouring more than three dogs, trespassing, impersonating an officer, and mischief.

Adams had been previously banned by a court judge from owning, having custody of, or residing with any animal.

Police successfully located Adams and rescued the eight dogs on Thursday morning from the Bluebird motel after a complaint was made to the Innisfail RCMP detachment.

RCMP determined that seven of the eight dogs had been lawfully owned by Adams either through purchase or having them given to her by previous owners.

The release also notes that there had been a previous complaint made to police of a woman pretending to be a law enforcement professional who had asked questions of a dog owner and allegedly tried to take a dog.

Police are investigating if the two incidents are related, and Adams has been charged with impersonating a police officer according to the RCMP’s most recent update to the release.

The dogs were relocated to Klassic Kennels for care and a health examination.

Adams will appear in Red Deer Provincial Court on July 31.