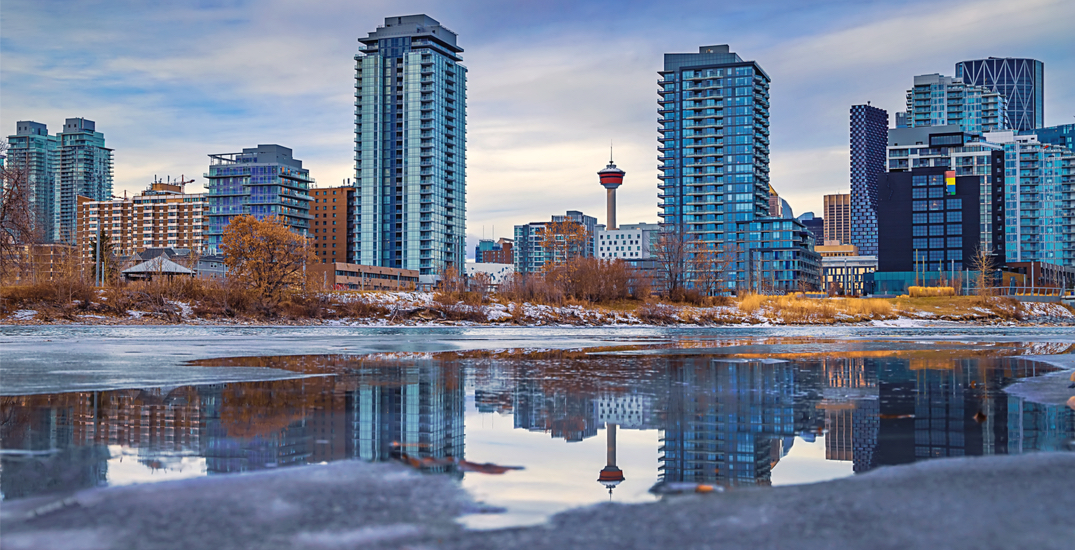 After a weekend of windy weather, snow squalls, and double-digit temperatures, a wind warning remains in effect for the City of Calgary and much of central and southern Alberta.

At 4:46 am on Monday, Environment Canada renewed the wind warning that was initially put in place in Calgary on Saturday evening.

Wind warnings are issued when there is a significant risk of damaging winds. 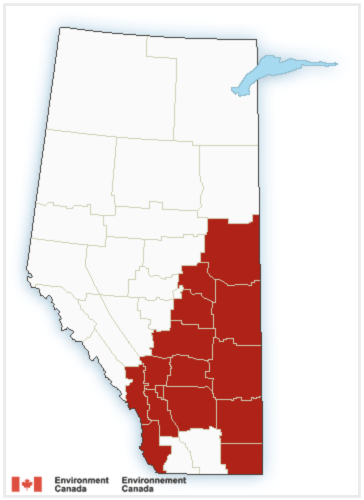 “Strong winds gusting between 90 and 100 km/h will continue today,” reads a statement from Environment Canada.

“These strong northwesterly winds are expected to ease early this evening. Falling snow in combination with these winds may lead to poor visibility in blowing snow.”

Environment Canada warns that damage to some building’s roof shingles and windows may occur. High winds may also toss loose objects or cause tree branches to break.

It’s currently -11ºC in Calgary, although it feels more like -23ºC with the windchill. The good news is that the snow flurries that we saw overnight ended early this morning, and a mix of sun and cloud is expected for the rest of Monday.

According to The Weather Network, the forecast for the rest of the week looks a lot nicer, with a mix of sun and cloud predicted and a high of 16ºC by Thursday – although, in true Calgary fashion, the city may get some snow-rain showers on Friday.

Stay safe out there, YYC.