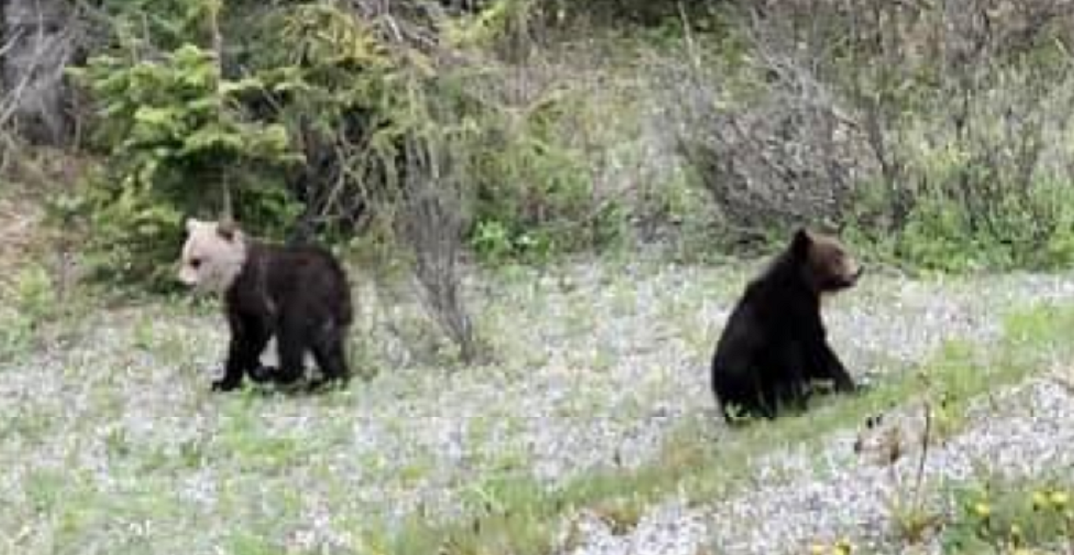 A Calgarian snapped a photo of an unusual sight at Banff National Park this past weekend, when she saw a grizzly bear with a white head.

Julia Turner Butterwick was quick to the camera on Sunday when she spotted two grizzly bear cubs on the side of the road.

One of the cubs, it turned out, had a fully brown body and a white head.

This isn’t the first unusually coloured grizzly bear to be seen in the area, either, as a fully white grizzly bear had been previously spotted near the Rimrock Resort Hotel in Banff earlier this spring.

A video of the bear was uploaded by the resort.

And while Albertans are always encouraged to keep an eye out for grizzlies, black bears, and other animals while out and about in the Rockies, the chance of spotting an interestingly coloured bear adds just one more reason to keep your eyes peeled.