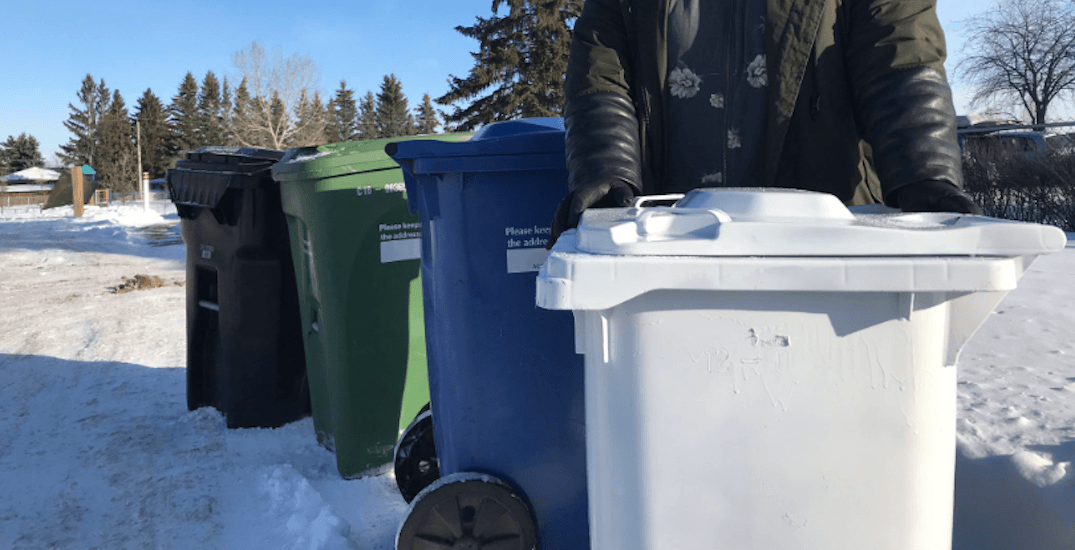 A solution to Calgary’s snow problem may have finally been found.

A video posted to Twitter by Calgary icon North Darling presents an idea that could very well revolutionize winter as we know it: The White Bin.

Joining your three other City-issued bins, the white bin would be the place to store and dispose of all your excess snow, clearing walkways and driveways for more productive pursuits, such as walking or driving.

While North Darling’s video features a self-proclaimed “City Snow Strategist,” the City of Calgary may still yet be a long way away from implementing such measures to Calgary’s curbsides.

In a Tweeted response to North Darling, the City’s official Twitter account posted a photo of a City webpage stating that snow should not go into (or be allowed to sit on top of) any carts, as it could melt and ruin recyclables.

Please visit https://t.co/EuOy6MFce5 for all your snow waste needs. pic.twitter.com/u6LWmYZWjR

The page did, however, include a subsection explaining exactly what could go into your white carts — in the unlikely situation that you actually acquire one — laying the items out as follows:

We’ll take that as a step in the right direction.