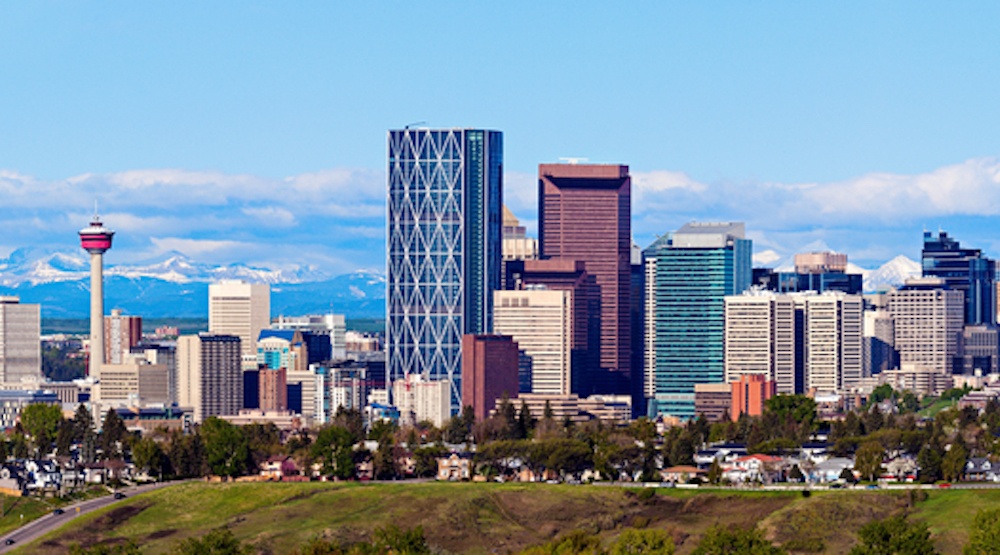 Our city and its people represent many cultures and geographic locations of the world. You don’t need to venture far to find someone born in another part of Canada, or even another country, who moved to our great city in search of jobs, money, adventure, or sunshine.

In fact, despite the economic downturn of the past 2+ years, our city continues to welcome more than 20,000 new Calgarians every year.

Here’s what you need to know before making the move!

1. Despite the dry cold we’ve all come to know so well, we are the sunniest major city in Canada with an average of 333 days of sunshine every year.

2. We get warm spells in the winter months called Chinooks. Despite what Leo thinks, this phenomenon is not caused by global warming and is a welcomed and loved part of Calgary’s winter.

4. Calgary is continuously ranked one of the cleanest and healthiest cities in the world.

5. Our city is friendly and welcoming. With such a large population from other places, we know what its like to move your life to a new city. Its actually hard to find Calgarians who were born and raised here.

No Gluten? No problem! We’ve been working very hard for months to bring you this Gluten Free menu. Share and like this with your friends for a chance to win 1 of 2 $50 B&G Gift Certificates!! Visit www.blowersgrafton.com to get the menu!

7. We are less than an hour to the Rocky Mountains. Hiking, skiing, snowboarding, glacier lakes .. need I say more?

8. Alberta has no PST and one of the lowest income tax rates in Canada.

9. There are only two seasons – winter and summer. And you’re guaranteed to see snow in every month of the year at some point!

11. Whether you like country music or not, by the end of your first Stampede week you’ll know the words to every major country hit. You’ll also be require to invest in a pair of cowboy boots.

12. Calgary has been named the one of the safest cities in Canada. We have notoriously low crime rates, and there really isn’t a part of the city that you have to avoid.

13. We have a fancy network of walkways, called the +15, that connects many major office buildings downtown and keeps you warm all winter.

Culture focuses on the different events coming to Calgary as well as the arts. Upcoming stories are Sled Island, Color Me Rad and bi-weekly book reviews.

14. Calgary hosts a large number of festivals year round – Calgary Stampede, Folk Festival, and Lilac Festival to name a few!

15. We just opened a brand new international terminal at YYC, drastically increasing the number of connections and visitors to our city.

16. Our city is ranked #5 Best City to Live In The World by the Economist Intelligence Unit

My annual: I’m on a horse. Tweeting. (And Instagramming!)

17. Our Mayor, the honorable Naheed Nenshi, is the first Muslim Mayor in North America!

18. Calgary is rated #21 in North America on Numbeo’s Quality of Life Index.

19. Although Edmonton is only 3 hours away, they are our mortal enemies. The Battle of Alberta rages on.

20. We are located at the edge of the prairies, but we do have a few spectacular views such as Scotman’s Hill, Prince’s Island Park and McHugh’s Bluff.

21. As a Calgarian, you either love or hate Stampede. Either way, no one seems to get any work done for those 10 days in July.

22. Our city is split into four quadrants – NW, NE, SW, SE – with the Calgary Tower splitting east from west, and the Bow River splitting North from South.

23. Although large is size, it’s actually easy to navigate most of the city. Streets run North-South, while Avenues run East-West. Building numbers indicate the street and avenue numbers. For example, if the address is 1201 5th Street SW, the building will be on 5th street close to 12th Avenue.

24. Many Canadians believe Calgary’s housing market is expensive, but the opposite is actually true. The average single family home sells for $434,000.00

Do you have a favourite CTrain station? Sunalta is a beauty! Photo by @wi3be_tdi #downtownyyc #publictransit #lrv #calgarytransit #yyc #ctrain #sunalta #sunrise #cityscape

25.  Our transit system isn’t great, but we’re working on it. Thankfully our city developers have focused on amenities and walkability in many neighbourhoods, and we now have Uber and Car2Go to get you where you need to go.

26. We may complain about traffic, but it’s nothing in comparison to Toronto or Vancouver. Most Calgarians can get home in rush hour in less than 45 minutes.

27. The 1988 Olympics were hosted by our city, and is thought to be one of the most successful Olympics ever. Calgary is currently considering reliving that success by submitting a bid for 2026 Olympics.

28. It’s the birthplace of a number of unique items, including the Caesar cocktail and Ginger Beef.

29. You may experience some weather related headaches, we apologize in advance. With great appreciation for chinooks comes great pain for some.

What suggestions do you have? Tag us in your unique Calgary experiences with #dailyhiveyyc.