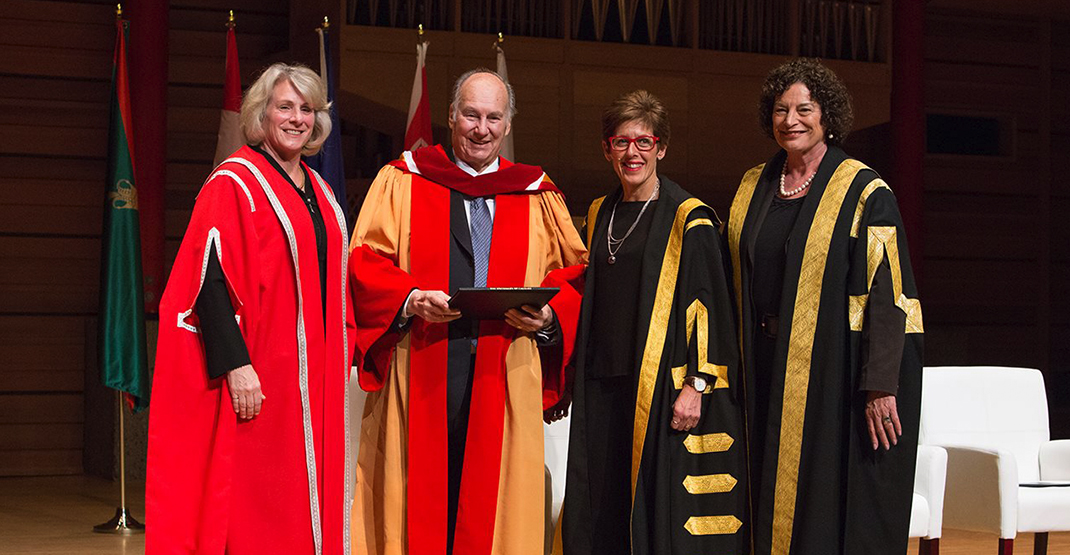 University of Calgary awards the Aga Khan with an honorary doctorate of laws degree on October 17, 2018 (Asif Bhalesha/AKDN)

That’s what University of Calgary president Dr. Elizabeth Cannon said of His Highness the Aga Khan on Wednesday.

In a special ceremony on campus, the university bestowed the spiritual leader of the Shia Ismaili Muslim community with the institution’s highest honour, an honorary doctor of laws degree.

“His Highness’ concern for the arts, science, and economic development illuminates Ismaili tradition,” Cannon said. “He leads this resilient and altruistic community who believe that faith is demonstrated by contributing to the general welfare and doing good for all. The Ismaili presence in our radiantly diverse and youthful city has greatly benefited Calgarians.” 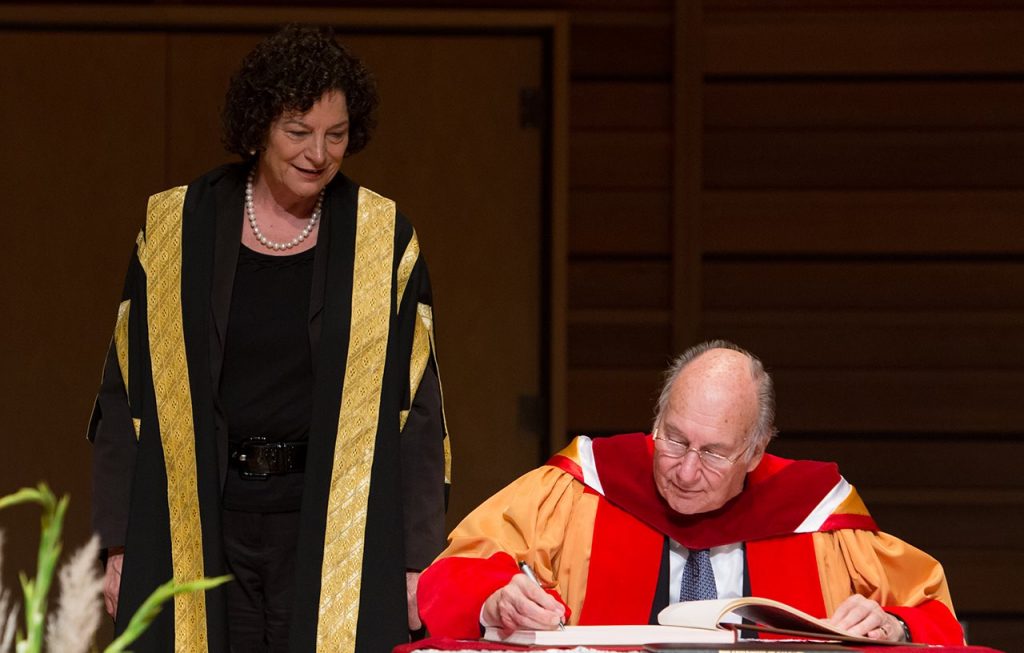 “[He] is a living manifestation of how we must work together to support human advancement, at home and around the world.”

“In the great chain of thinkers, those who encapsulate the poetry and vision of human reason, His Highness has fostered social justice as a dream that all yearn to achieve,” she said.

“He stands as a living legend, a model for every conscience.”

U of C and AKU partnership

Before the ceremony, President Cannon and AKU President Firoz Rasul signed a Memorandum of Understanding to facilitate international cooperation between the institutions toward advancement in human development, global health, social justice, and pluralism.

“This agreement builds on a long-standing, mutually beneficial partnership and lays the path forward to continued leadership and impact for many years to come,” Cannon said.

The collaboration between the universities includes knowledge sharing, education and research, student internships, and faculty exchanges.

“The world has never been more diverse or interconnected, and the right response to such a world is to reach out across borders to learn from one another, to generate new knowledge together, and to collaborate in tackling crucial challenges and ultimately improving the quality of life of those in need,” Rasul said. 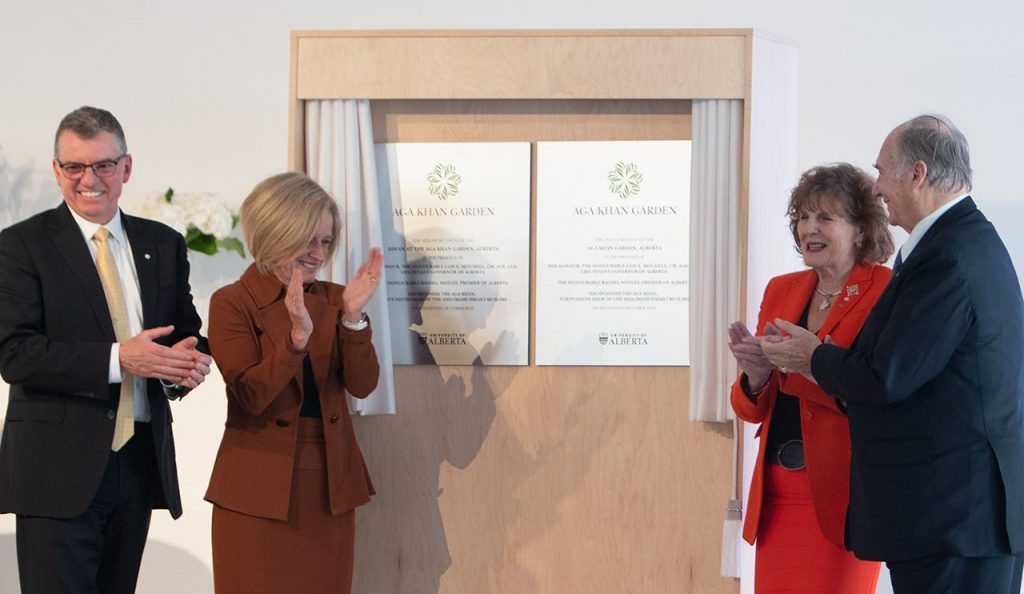 Calgary was the second stop on the Aga Khan’s trip to Western Canada.

He was in Edmonton on Tuesday, officially opening the $25-million Aga Khan Garden, which he gifted to the University of Alberta in spring 2017.

In attendance for the inauguration was Alberta’s Lt. Governor Lois Mitchell, Premier Rachel Notley, and U of A president David Turpin.

Located just 15 minutes southwest of Edmonton, the garden spans 4.8 hectares, and is the 11th in the world to be supported by the Aga Khan.

The Aga Khan is now in Vancouver, where he will receive honorary degrees from both the University of British Columbia and Simon Fraser University in an unprecedented joint conferral ceremony on October 19.