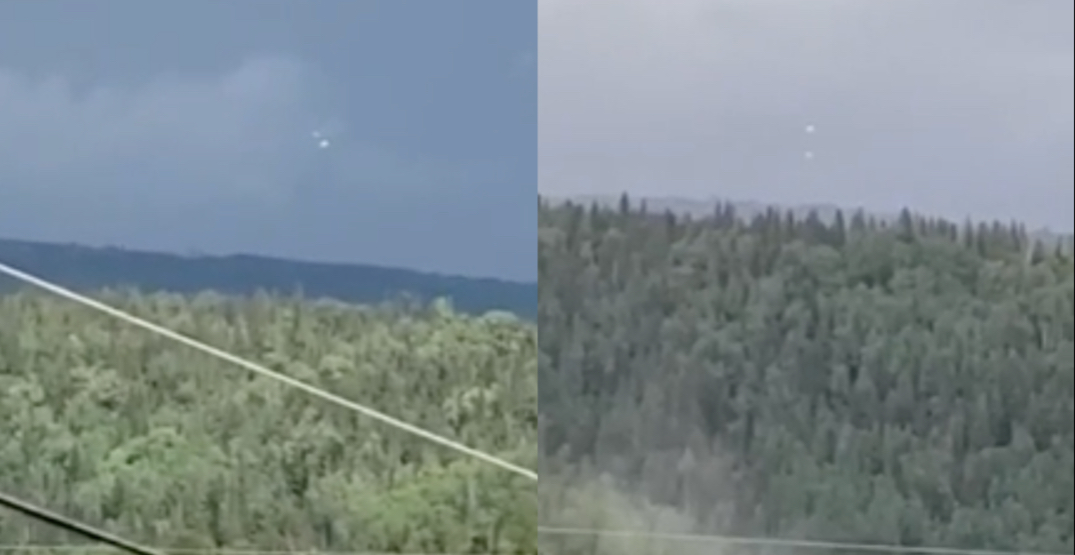 A video posted to Reddit purportedly showing a UFO flying over rural western Alberta has people wondering what exactly was caught on tape.

“Filmed June 22nd, 2022 on my Brother-in-law’s worksite in Alberta. The video moves off the subject for a few seconds as he’s actually watching with his eyes. Keen to hear people’s thoughts,” the user that posted the video wrote.

It was shot somewhere near the Brazeau Dam, which is approximately 264 kilometres southwest of Edmonton.

The video has amassed hundreds of comments, with lots of people dishing out theories as to what was filmed near the dam.

“Looks avian. The overcast skies and direction of light on the foreground trees makes it look like they’re passing through areas of open sunlight. Cool and intriguing video nonetheless,” wrote one user. Another Redditor disagreed, stating, “How large would those ‘birds’ need to be at that distance. The bird explanation is lacking here I think. Doesn’t explain the luminosity, speed, movements completely.”

“They seem to be too far to be any type of birds, plus the extra luminance suggests that it’s a metallic reflective object or has a source of light. This is good capture. It can’t be birds unless they are as big as a horse,” wrote another.

Whatever the video may be showing, it sure has people talking. Do you think the video shows a UFO right here in Alberta? Let us know in the comments.