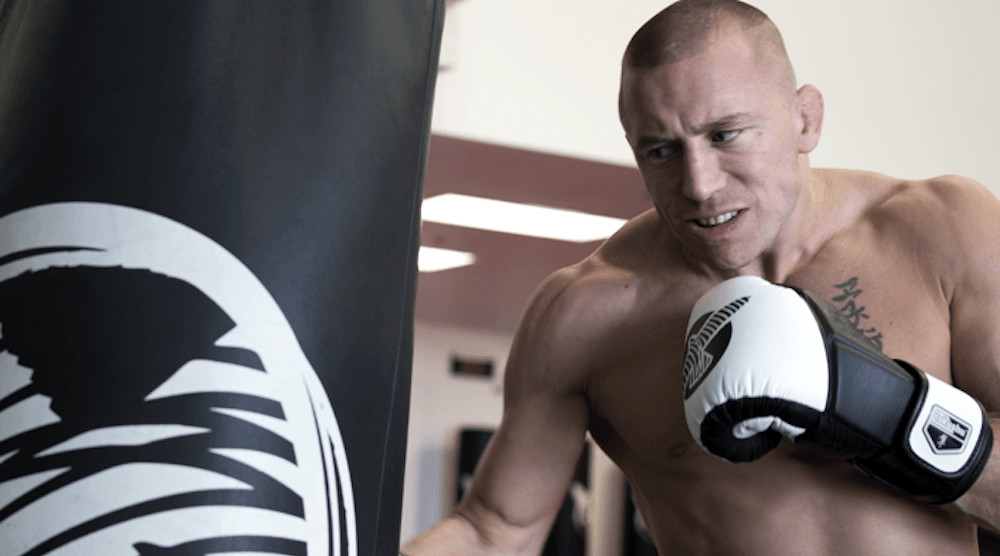 The legendary Montreal mixed martial arts fighter hasn’t fought in the UFC since a split decision over Johny Hendricks on November 16, 2013. But that doesn’t mean he’s done.

Spoke to GSP today. He sent a text to Bisping and Dana White this AM formally challenging Bisping to fight on 11/4 at MSG. No response yet.

“Michael, you should man up and fight me 11/4 in NY,” St-Pierre wrote. “I am coming out of retirement to retire you. Dana, PLEASE make it happen.”

GSP was responding to a challenge issued by Bisping earlier this week. He gave the Canadian fighter a deadline of Saturday.

“Georges, man up!” Bisping said. “Make the call. I know you have some issues, but call the man, call Dana White.”

The two fighters had a bout cancelled in May, with the Canadian needing more time to get to 185 pounds.