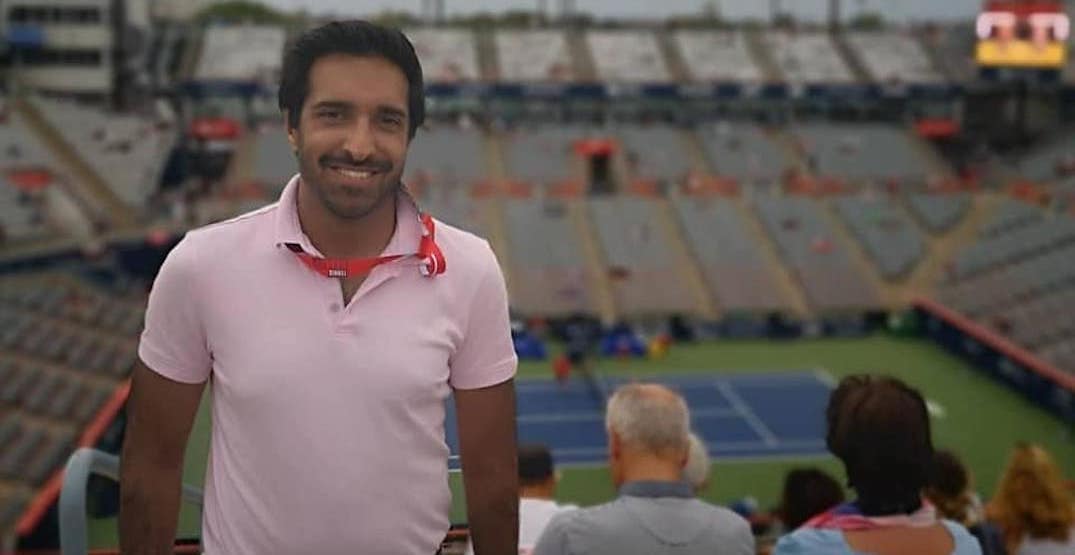 TSN has announced that Salim Valji has been hired as the network’s new Calgary correspondent, taking over the role previously held by Jermain Franklin.

Franklin announced last July that he would be taking on a new role in Toronto and has since begun working as an anchor on SportsCentre broadcasts.

An Alberta native, Valji will deliver regular reports on the Calgary Flames and Calgary Stampeders, as well as other sports news from around Southern Alberta.

“I’m incredibly excited to take on such a role with a network I grew up watching,” said Valji. “TSN has a long tradition of excellence in sports journalism and storytelling, and I can’t wait to contribute. Calgary is a wonderful city with a passionate fan base, and I’m thrilled to develop a relationship with the fans and be their prime source for Calgary sports news.”

First of no doubt many times at this intersection…looking forward to crossing the street when we're in healthier times and the puck drops on the NHL season! pic.twitter.com/oBp5IMPrhL

Valji, who grew up in Edmonton, contributed stories to the New York Times, The Canadian Press, Montreal Gazette, CBC, CTV, Sporting News, and ESPN, before joining TSN. He has also worked as an associate producer and statistician for TSN’s regional coverage of the Montreal Canadiens. When he was a student, Valji worked as a public relations associate with the New York Rangers.

TSN says Valji also specializes in “delivering stories beyond the score sheet,” including topics like inclusivity, racism, lifestyle, and community work. It was Valji who broke the news of the creation of the Hockey Diversity Alliance for the New York Times back in June, for instance.

“Salim is a talented reporter who demonstrates passion and professionalism in delivering the stories that matter most,” said TSN vice president Nathalie Cook. “He will be a valued addition to our team, delivering trusted breaking news and telling compelling stories across our platforms.”