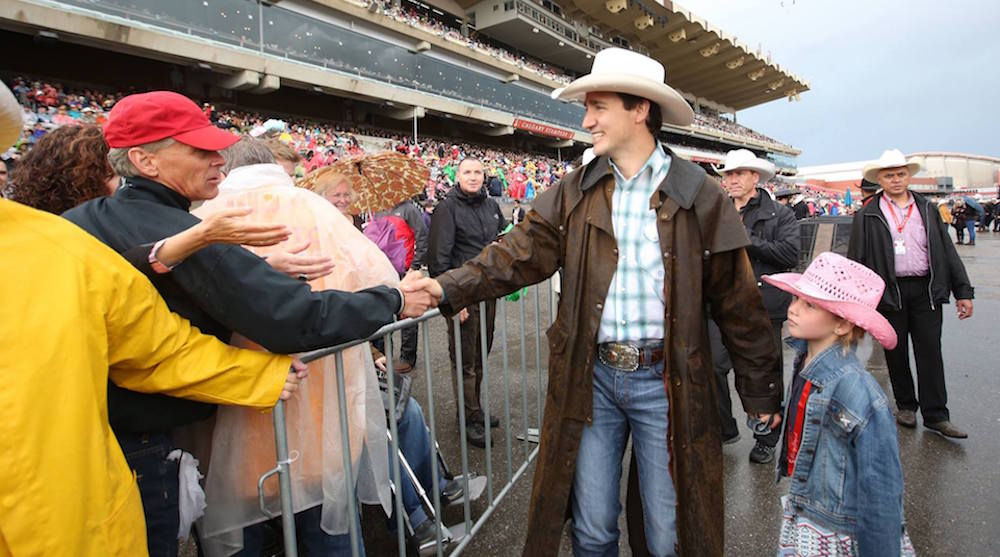 Prime Minister Trudeau will not be attending this year’s Calgary Stampede, his office confirmed to Daily Hive.

When asked why the PM wouldn’t be at Calgary’s most iconic event of the year, his people stated that scheduling constraints were the reason.

As seen on his social media pages, Trudeau is currently in Germany for the G20 summit.

Greetings from Hamburg! Ready for the #G20 Summit and the @GlblCtzn Festival. pic.twitter.com/IyrAvt8vNJ

However some Calgarians think that this is a direct correlation to when Trudeau forgot Alberta while listing provinces and territories in his Canada Day speech, stating the PM should stay where he is – in not so politically correct terms. Others, if you can believe it, aren’t really bothered and understand the PM has other commitments.

The little shit is just like his Father. Giving us the 🖕

Always is…… when the Liberanos are in power.

Listen carefully.. the silence you hear is the sound of Calgary & Alberta not giving a rat’s ass if he misses it or not…

Well he’s going to be at the G20 summit. Not everything revolves around Calgary.

The Prime Minister’s office added that the federal government will be proudly represented at events throughout Stampede as several ministers and MPs will attend, and confirmed that Trudeau will coming to Alberta at some point this summer.