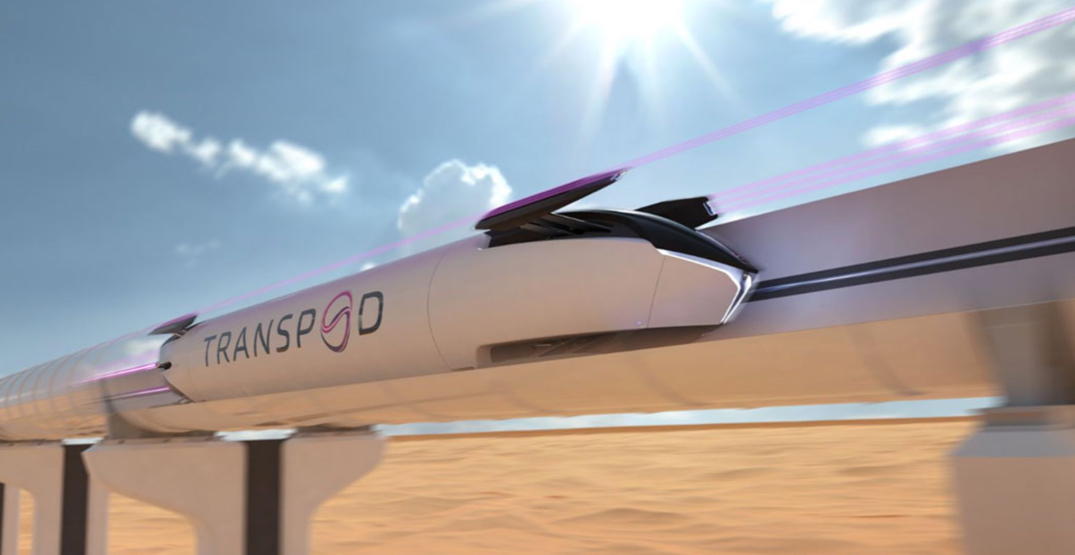 The company behind the plan to build a high-speed tube between Edmonton and Calgary has shared the first look at what the trains would look like.

The builder of the project, TransPod, announced back in March that it had secured US$550 million to help finance the QEII Hyperloop between Edmonton and Calgary.

This week the FluxJet was unveiled in Toronto, touted as a “fully electric vehicle that is effectively a hybrid between an aircraft and a train.”

“The FluxJet travels in a protected guideway at over 1000 km/h – faster than a jet and three times as fast as a high-speed train”, TransPod said in a news release.

“Once the TransPod Line is in operation, it will cost passengers approximately 44% less than a plane ticket to travel the corridor and reduce CO2 emissions by 636,000 tonnes per year.”

Preliminary construction work, including the environmental impact assessment, has begun for the Edmonton/Calgary TransPod line.

“All the hard work over the past few years has led to this milestone moment where talk is becoming a reality. The technology is proven, and we have the confidence of investors, governments, and partners to continue pushing forward to redefine transportation effectively,” said Sebastien Gendron, co-founder and CEO of TransPod.