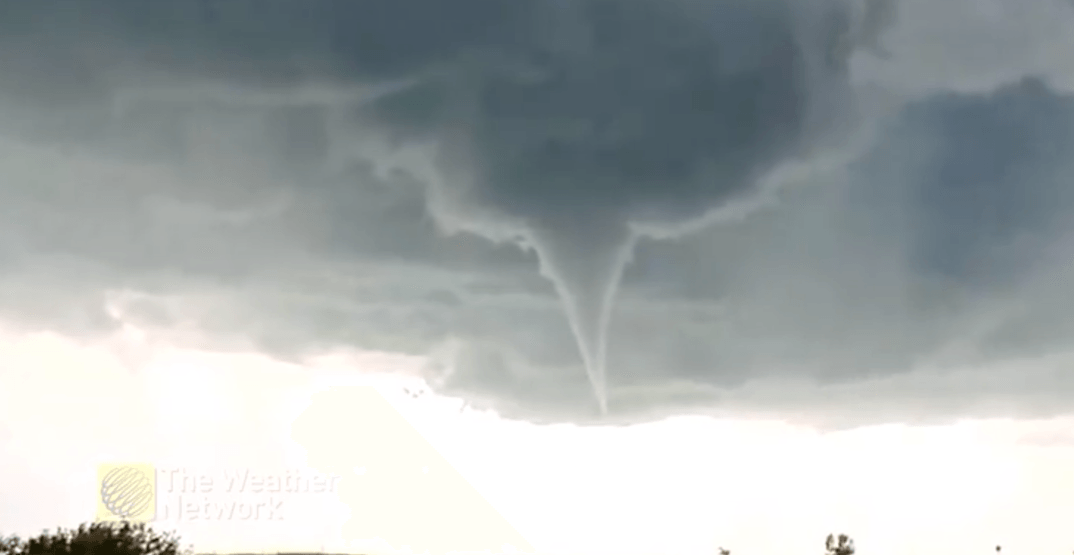 A 2019 tornado near Crossfield (The Weather Network)

Update: The tornado warnings have ended. Severe thunderstorm warnings remain in place for the City of Calgary, Brooks, Strathmore, Vulcan, Airdrie, Cochrane, Olds, and Sundre as of 10:20 pm MST.

Environment Canada has issued a tornado warning for the City of Calgary and surrounding municipalities.

The warning was issued at 9:40 pm, with many Calgarians receiving an emergency alert on their phones advising to “take cover immediately if threatening weather approaches.” 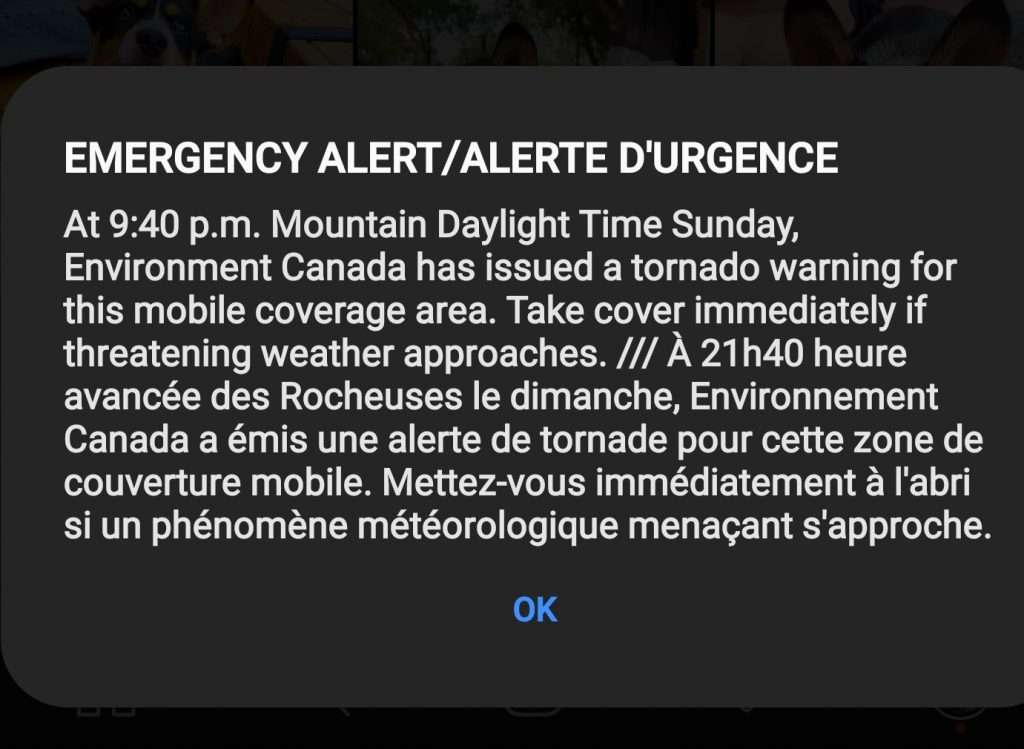 “At 9:40 p.m. Mountain Daylight Time Sunday, Environment Canada has issued a tornado warning for Brooks, Strathmore, Vulcan and South Central Alberta. Extra care and attention should be exercised in and around the following localities: the City of Calgary and Chestermere. Environment Canada meteorologists are tracking a severe thunderstorm that is possibly producing a tornado. Damaging winds, large hail, and locally intense rainfall are also possible.” 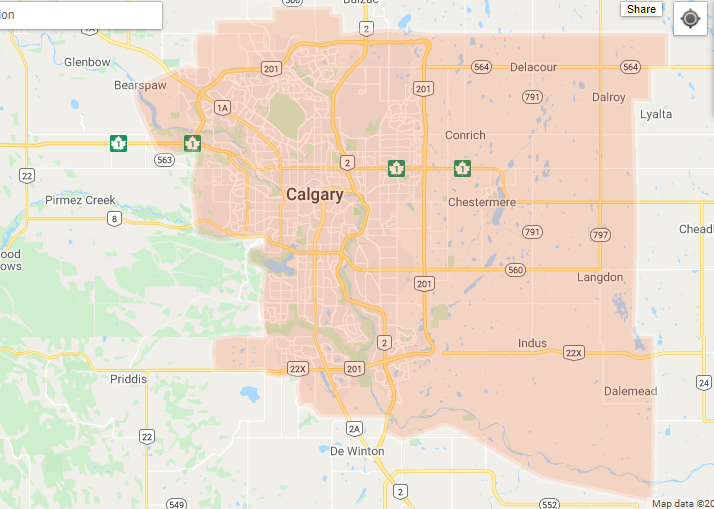 The alert will be active until 10:40 pm, according to Environment Canada.