In Calgary, there are more than 100 outdoor rinks run by local community associations and volunteers. From lake communities with skate paths to hockey boards on an asphalt surface that gets soaked and frozen each year once winter hits, it’s not hard to find a patch of ice for outdoor skating around Calgary each winter.

Check your local community association to find out when your community rink opens for the season.

There are also over 34 outdoor rinks throughout Calgary that are maintained on a volunteer basis through the Adopt-a-Rink program These rinks are for pleasure skating only. Hockey equipment and games are not permitted on these rinks.

Then there are the city run rinks across Calgary where you can go for a skate.

So finding ice isn’t a problem–you want to find the best ice! Here are some top places to go outdoor skating in Calgary this winter: 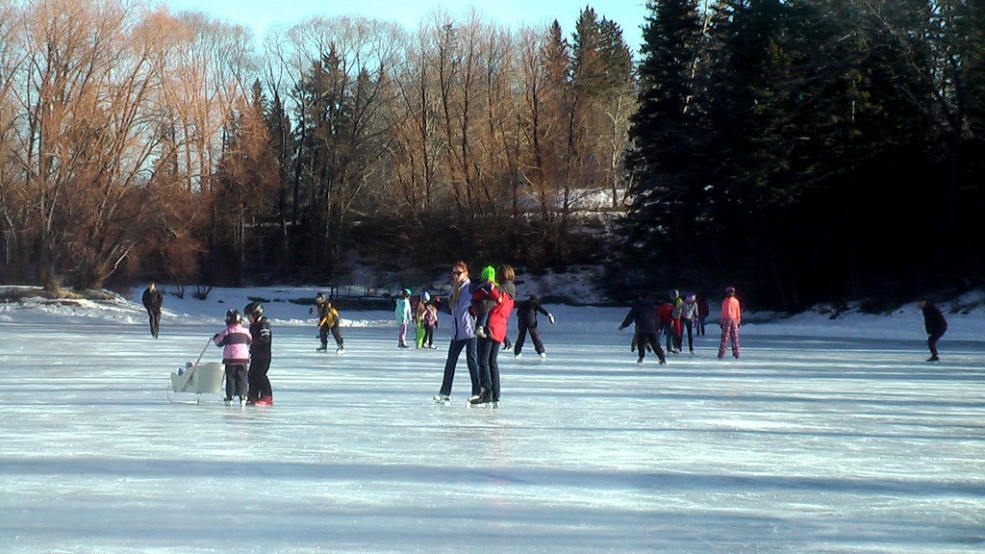 With multi-million dollar renovations to the park completed in early 2015, this is the best place in the city to go for a skate. Warming fires, a nice big lagoon, and hot chocolate at the Tea House make it perfect. 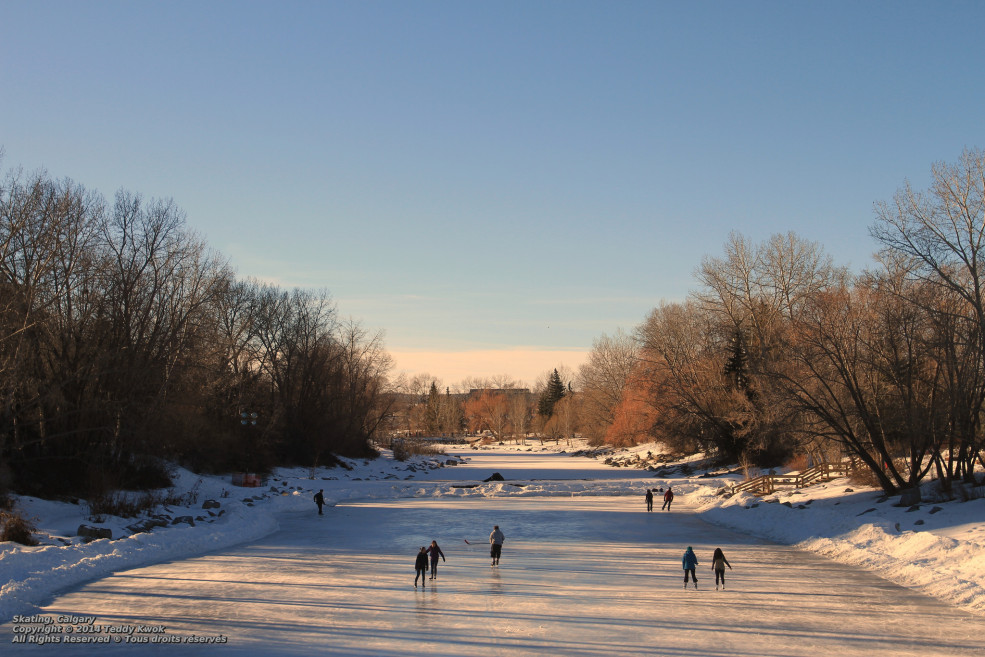 This is a recent addition to the city’s skating options. The small inner lagoon between Eau Claire and Prince’s Island gets scraped and you can carve up the Bow right downtown. 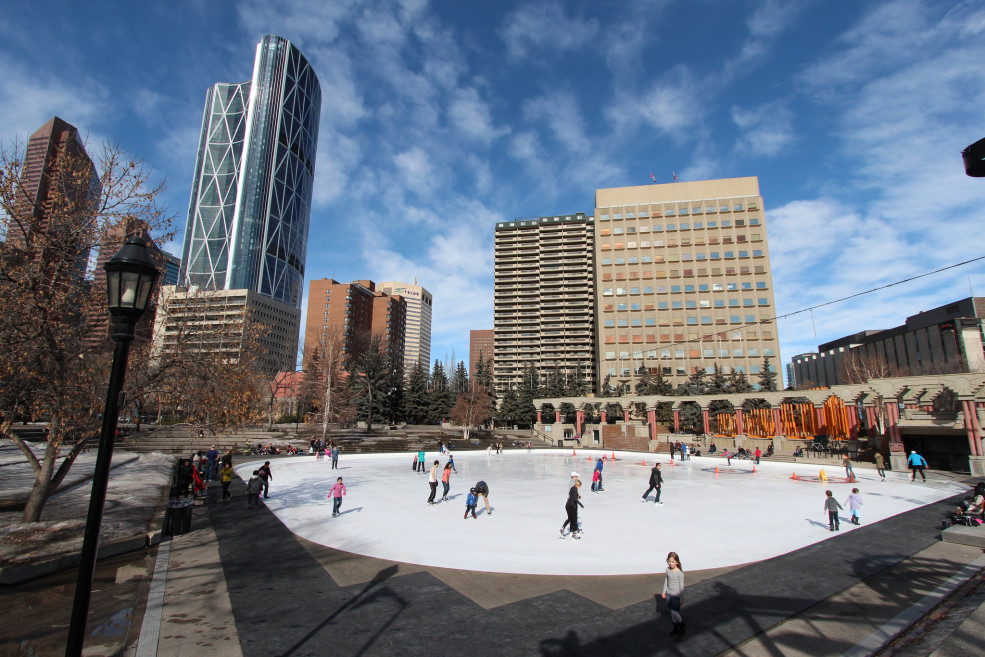 With refrigeration built in to the plaza surface, this is the most reliable place to find an outdoor skate in Calgary. It’s the first to open and last to close for the season and it’s right in the heart of downtown. 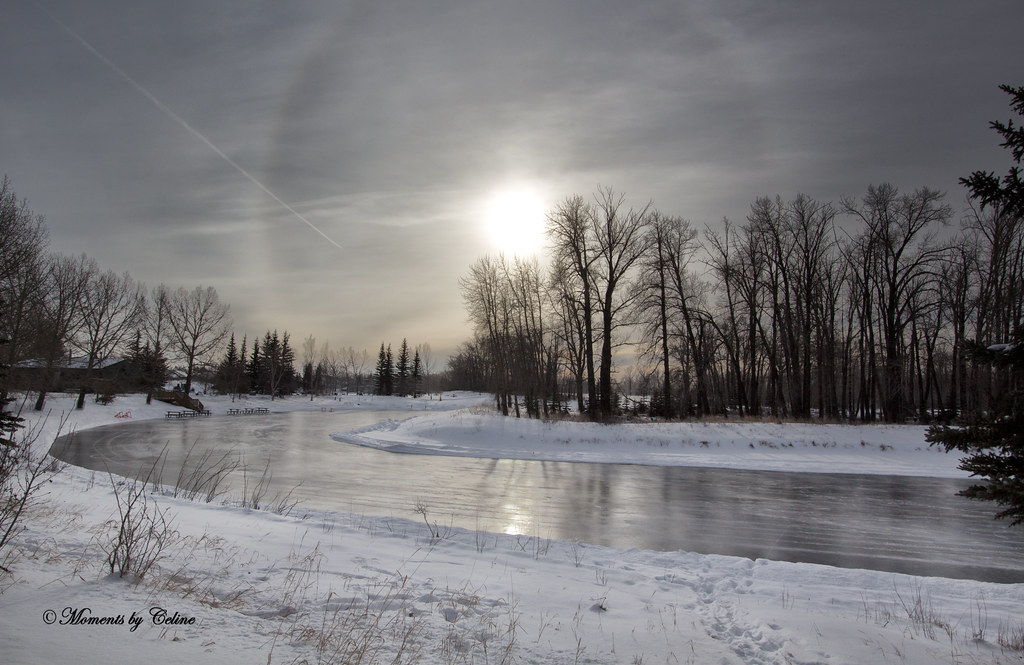 This is perhaps the best kept secret in the city when seeking an outdoor skate. the one acre rink opened in 2012 and is surrounded by benches, fire pits, and picnic tables.

If you can make it to the mountains, the skating experience there is even more wonderful. 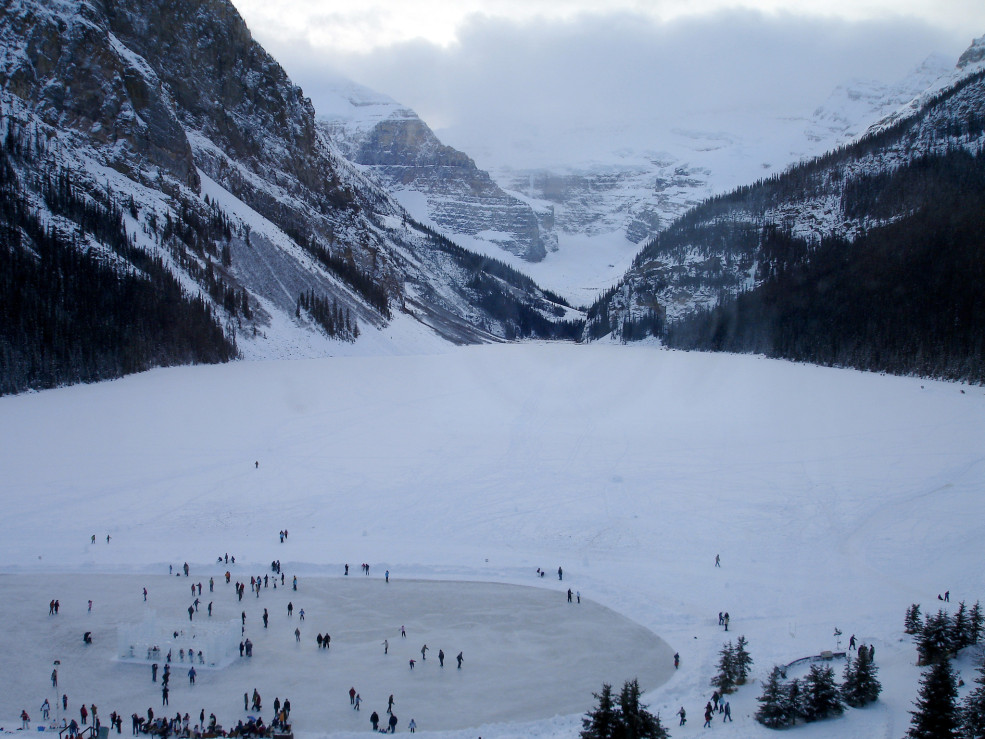 CNN picked Lake Louise as the most scenic skating rink in the world. And is it any wonder? In January, when the Ice Magic Festival happens, a castle is built on the ice (Elsa-style). There are usually a few hockey rinks scraped out amongst the wide swath of free skating areas. 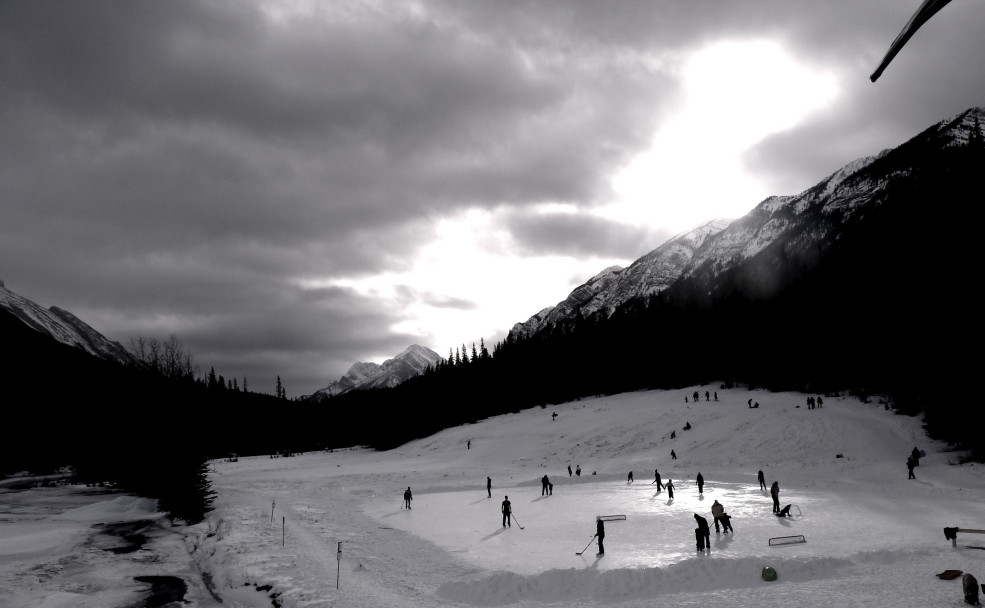 In behind the Banff Springs Hotel, over by the Waldhaus there is a nice sized rink next to a toboggan hill at Spray Meadow. Slide or skate, it’s your choice as you stare down the wide snow filled valley that is Banff’s backyard.

Where: Banff Springs Hotel – 405 Spray Ave, Banff, AB
When: November 27 to December 24; schedule to visit Santa can be found here.

This is an epic experience. You can skate 24 kilometres along Lake Minnewanka to Devil’s Gap and back. How much of it do you think you could cover? Make sure to check ice conditions before you set out, and keep your eyes open for cool bubbles in the ice!

Where: Lake Minnewanka
When: November 27 to December 24; schedule to visit Santa can be found here.

These are just some of the highlights for outdoor skating around Calgary. With over 100 rinks, you’re bound to find one to suit your scenery and skill level.

Some people will scrape paths into drainage ponds around the city. This isn’t recommended. Rinks on open water are typically open from Mid-December through the end of February, with Olympic Plaza staying open until March.

If you are going to skate on a pond, or waterway, familiarize yourself with ice safety before heading out.