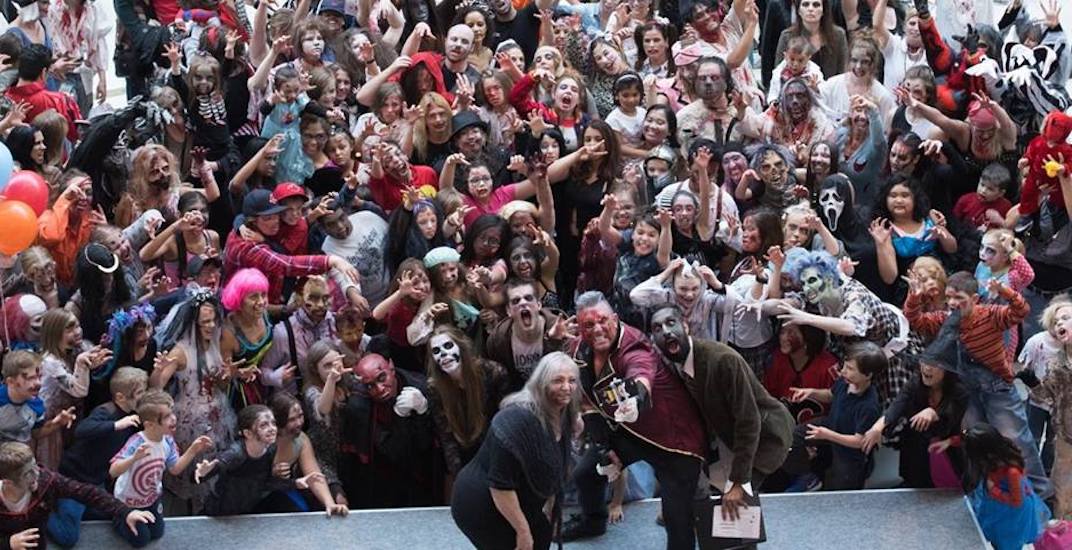 A horde of zombies will be invading Southcentre Mall this Halloween weekend, but it won’t be brain’s they’ll be after, it’ll be rhythm.

The group has been organized by Thrill Calgary, though not everyone dancing to Michael Jackson’s “Thriller” on Saturday will have been trained to the task – the event is encouraging anyone with some fake blood and the desire to dance to come out and join the moving crowd.

The event starts at 3 pm but “dance captains” will be on scene starting at 1:30 pm to show newcomers the moves.

There will be two dances between 3 and 4 pm, with the second being a legitimate world record attempt for the Largest Simultaneous Dance of Michael Jackson’s “Thriller.”

Professional make-up artists will also be at the mall, and for $5 ($3 for kids) they will zombify your face right up – though it is noted in the event page that you don’t need to dress up as a zombie to take part.

If you do feel like becoming an undead, however, there will be a best zombie costume contest, with the winners receiving prizes from Rocky Mountain Soup Company.

Though it is not required, participants are encouraged to bring non-perishable food items or cash donations to go towards the Calgary Food Bank.

Anyone under 18 who would like to participate is more than welcome to do so, but will need to have their parent or guardian sign their waver, which all participants will need to sign. This can be done beforehand or on site.

So, who’s gonna bring it  on Saturday?

Admission: Free for participants and viewers, though zombie make-up will cost $5 for adults and $3 for kids. Donations to the food bank are encouraged.