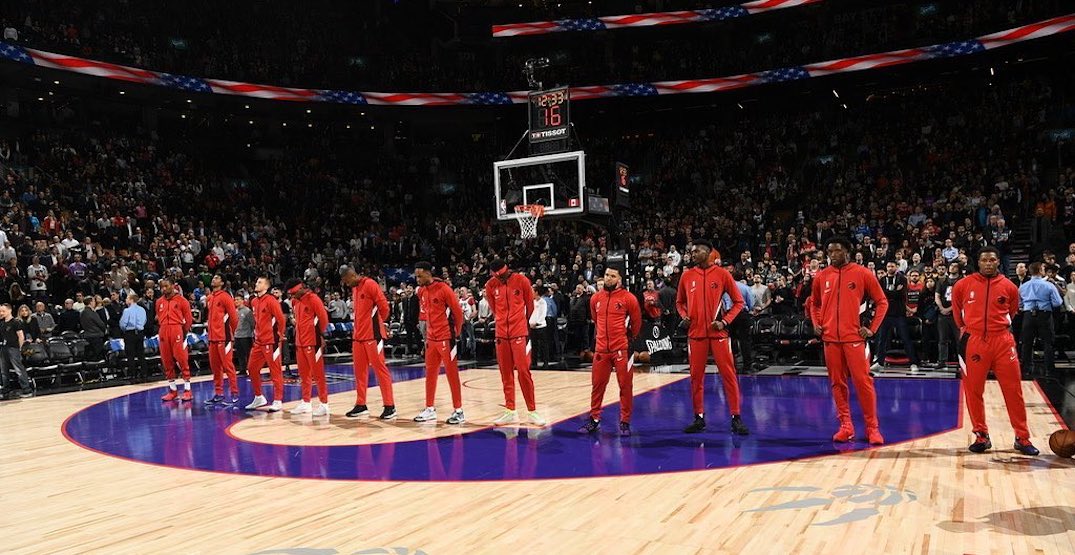 Three members of the Toronto Raptors have tested positive for COVID-19, the team revealed today.

The Raptors said in a media release that the three positive tests occurred prior to training camp in Tampa, during league-mandated testing.

Statement from the Toronto Raptors pic.twitter.com/wModeJv1Fd

“All three [members that tested positive] are, and will continue to, self-isolate away from the rest of the organization,” the Raptors said in a media release. “Adherence to protocols, follow-up testing, and contact tracing has so far revealed no spread to other members of the Raptors organization. We will continue to follow safety protocols and will update the situation as appropriate.”

The Raptors didn’t reveal the identities of the people who tested positive, nor did they specify if any players were among the trio that tested positive. We may get more information this afternoon when GM Bobby Webster is scheduled to speak to the media.

Last Wednesday, the NBA revealed that out of 546 players tested for COVID-19, 48 returned positive tests.

The Raptors began training camp on Sunday at Saint Leo University, located about 33 miles north of where they’ll call home next season. Raptors home games will be played out of Amalie Arena, the home of the Tampa Bay Lightning, as Canada’s 14-day quarantine law didn’t allow the team to play in Toronto.

The Raptors are set to begin the preseason on Saturday in Charlotte, with their regular season tipping off on December 23 in Tampa.