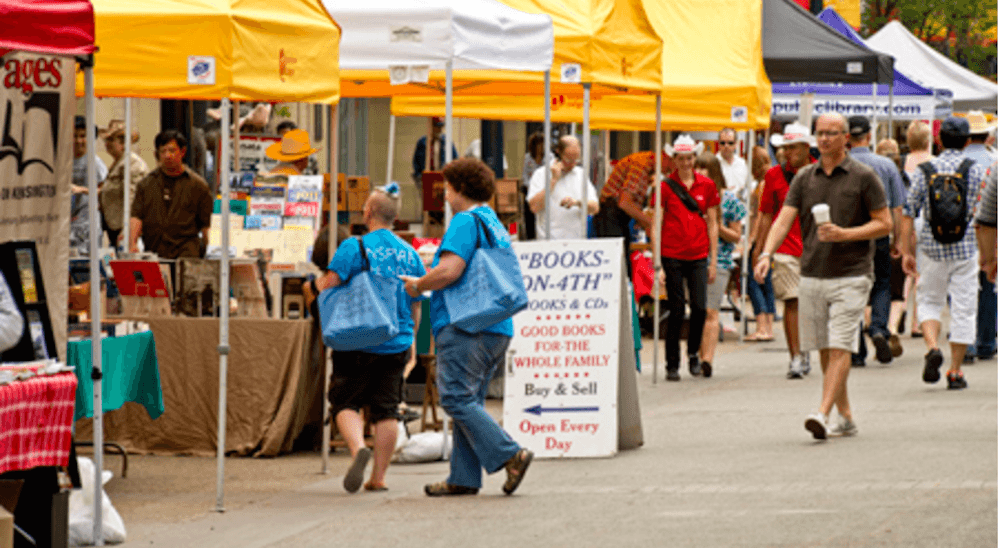 Stop by on your lunch hour, or look for it evenings and weekends through the summer to enjoy free live entertainment. Today’s feature artist is Craic the Lens. A product of eastern Canadian roots and someone influenced by his father’s tales of a childhood in Nova Scotia, that something became a nod to the Celtic genre and a reason to step behind a microphone.

Fresh produce and local vendors right outside your office. Twice a month, over 40 vendors will setup shop for the farmers market coming to Stephen Avenue in downtown Calgary. Check online for dates.

Where: Elliston Park in East Calgary (main gate at the corner of 17th [International] Avenue and 60th Street SE).
When: August 15 to 27 from 6 to 11:30 p.m. every night. No entry after 9:15 p.m.
Tickets: Available at online or at Calgary Co-op Customer Service Offices and Marlborough Mall.

Where: All Cineplex movie theatres
When: Tuesday, August 23
Cost: $8.25 and up for 3D (Tuesday General Prices)