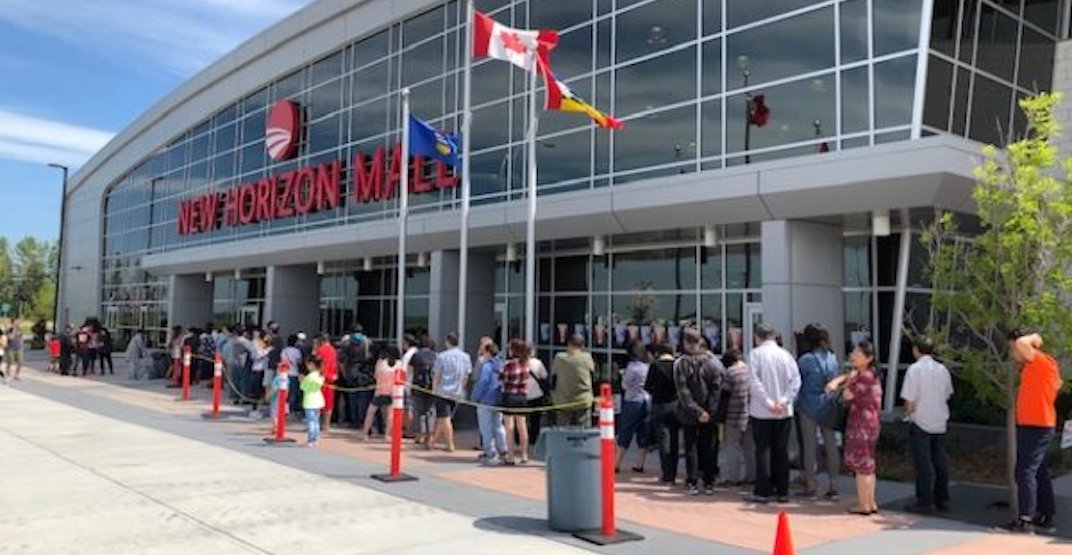 Line up outside the mall (New Horizon Mall)

The Best Shop just opened at Balzac’s New Horizon mall this weekend, and throngs of shoppers were lined up out the door eager to shop at the 15,000-plus-sq-ft store.

Described in a release from New Horizon Mall as “the Chinese Walmart without the groceries,” The Best Shop is the first major anchor tenant to open at New Horizon Mall, a building that initially came to be notoriously known as something of a ghost mall due to the lack of retail stores and empty storefronts during its first few months.

The store at the west entrance of New Horizon Mall saw line ups five aisles deep on July 13 as the store delivered several door crashers, from $9.99 dashcams to $19.99 spin mops.

Over 100 cameras were sold within 30 minutes of the store’s grand opening, while Sunday saw more than 550 spin mops sold.

“At times, we were a little overwhelmed but are excited at how quickly shoppers here have embraced our concept,” said Jimmy Chen, owner and founder of The Best Shop, in the press release.

“As word gets out about our products and prices more people will visit to see our selection and the value for themselves,” continued Chen.

The recent addition of The Best Shop brings the total number of stores in New Horizon Mall to 86, with 22 more stores and two new food court additions set to open soon.

“We would like to congratulate The Best Shop on its wildly successful opening,” said Scott Smith, general manager of New Horizon Mall, in the release.

“The Best Shop offers a huge variety of unique products at really good prices and we share the same goal – to create a shopping experience unlike any other. This opening will increase the number of shopper visits to the mall.”