The Calgary Hitmen’s Teddy Bear Toss is one of the best sporting events on the planet.

The annual game on Sunday was epic as 19,289 fans, the largest Hitmen crowd for a Teddy Bear Toss, threw a World Record 28,815 stuffed toys flying after the Hitmen scored their first goal of the game.

The Petro Canada Teddy Bear Toss game was the 21st annual edition for the Calgary Hitmen that routinely sees around 25,000 teddy bears fly through the air when the home team scores their first goal of the game.

This year’s Teddy Bear goal was scored at 2:41 of the 2nd period by Jordy Stallard.

When that puck went in, the teddy bears were tossed and the ice crew went to work. The game was paused for more than half an hour while the clean-up happened. 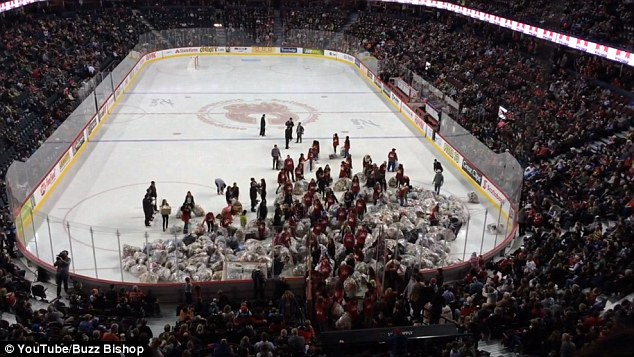 The visiting Swift Current Broncos retreated to their dressing room, while the Calgary Hitmen helped gather the bears and dove into the pile. 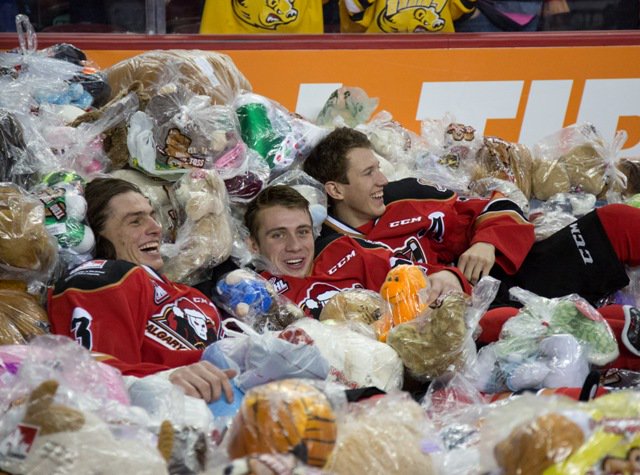 The bears are then collected up and distributed to local charities, including kids going through trauma at Children’s Hospital. It sounds like a lot of stuffed animals, but they are very much welcomed and needed. 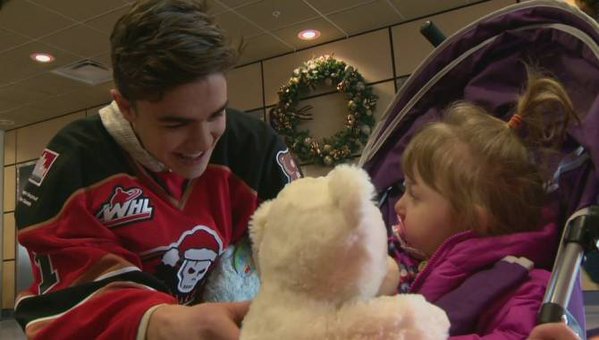 And every last one of the bears is handed out and appreciated by more than 50 local agencies.

@buzzbishop We received our #TeddyBearToss delivery this morning! These are going to to grieving kids and teens. pic.twitter.com/kgzVJgy8ED

Teddy Bear Toss games are popular in junior hockey, with many teams holding them in early December. The Calgary Hitmen held the previous World Record for most teddy bears tossed on the ice in a game: 26,819 in 2007.

Check out the videos from other Calgary Hitmen Teddy Bear Toss games:

See you next year!