Calgary’s Victoria Park neighbourhood has gained a new spot to enjoy a sit down meal, thanks to newcomer Ten Foot Henry. 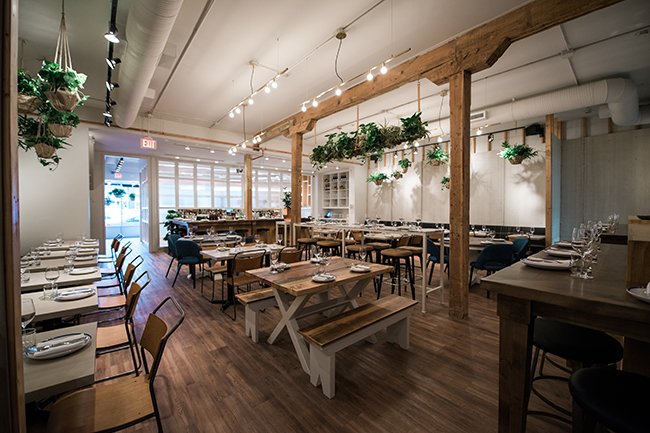 Locally-based chef Stephen Smee (previously at Ox & Angela and UNA Pizza + Wine) heads the kitchen at Ten Foot Henry and offers a vegetable anchored menu that focuses on the bold flavours of North American cuisine. Aja Lapointe, Smee’s wife and partner, leads the front of house at this cozy 78-seater.

The brick and mortar Ten Foot Henry restaurant pays homage to its namesake, a larger-than-life cartoon character created in the 1930s, who became a muse for Calgary’s creative community in the 1980s. 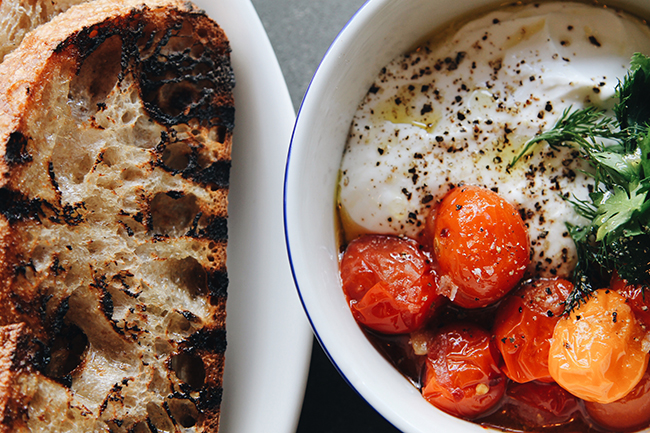 Crafted in the early 1980s, a 3.048 metre tall wooden cut-out of the character has been many places, including taking up full residency at Calgary’s iconic Night Gallery, when its doors were open, and One Yellow Rabbit. Now, Ten Foot Henry has returned to his longest running home at 1209 1st Street, where his adventure continues.

Currently, the eatery operates from 11 a.m. to 11 p.m. daily, and come the spring will open the door to Little Henry, an off-shoot in the form of a grab-and-go coffee shop. Connected to Ten Foot Henry, Little Henry’s will offer wholesome meals and organic espresso-based drinks.