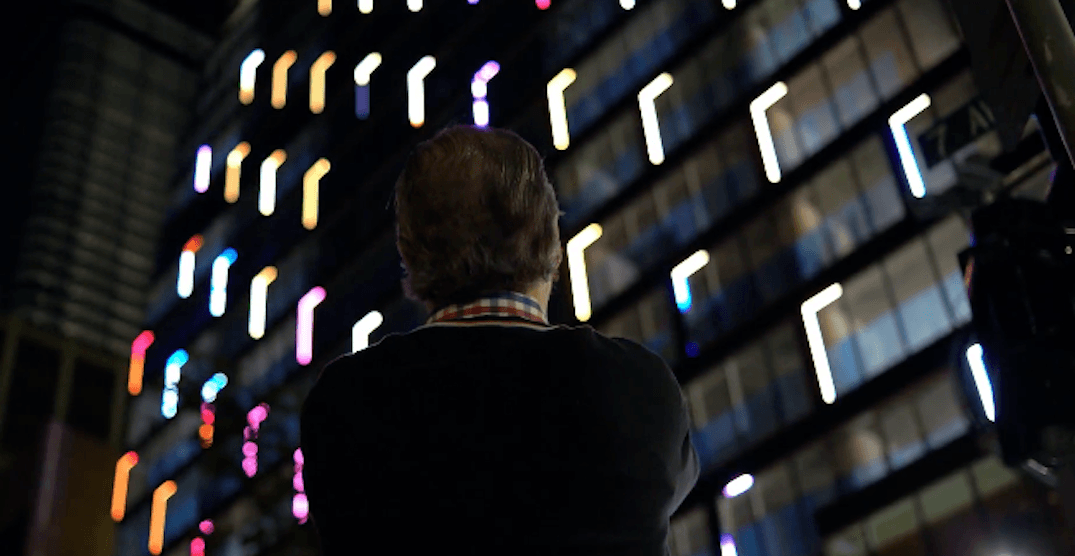 Telus Sky, one of the newest skyscrapers being built in downtown YYC, has begun showing off its built-in LED public art installation with nightly displays.

Titled “Northern Lights,” the LEDs are the work of renowned Canadian author and artist Douglas Coupland and were created to provide full-colour motion sequences along both the north and south facade of the tower.

“For me, it was a chance to create something very analog on a system that is very digital,” Coupland said on Telus Sky’s website.

“Like the building itself, there is an inherent contradiction, in that technology can be both a form of art as well as a tool for its creation.” 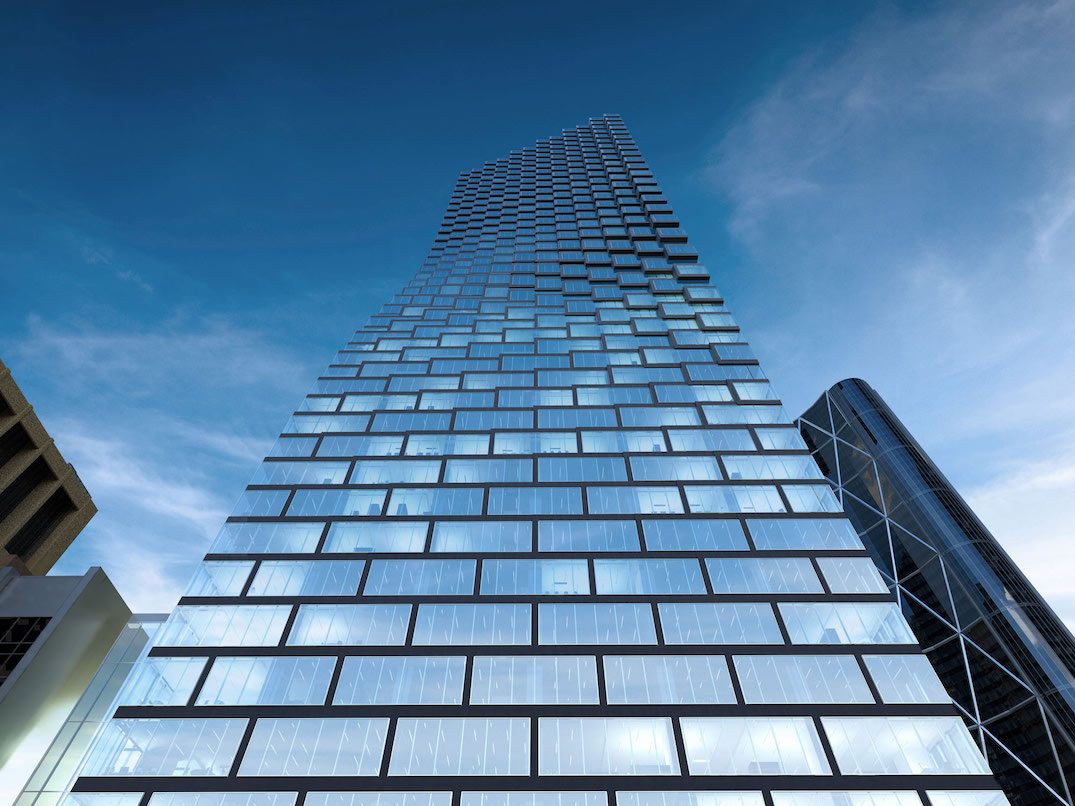 With 600 custom bulbs wrapping around the window frames of the already interestingly designed building, the show debuted on October 24.

The 16,000-sq-ft installation is now the largest piece of public art in the city.

The light show can be viewed everyday day, running one hour before sunset to 11 pm, nightly.