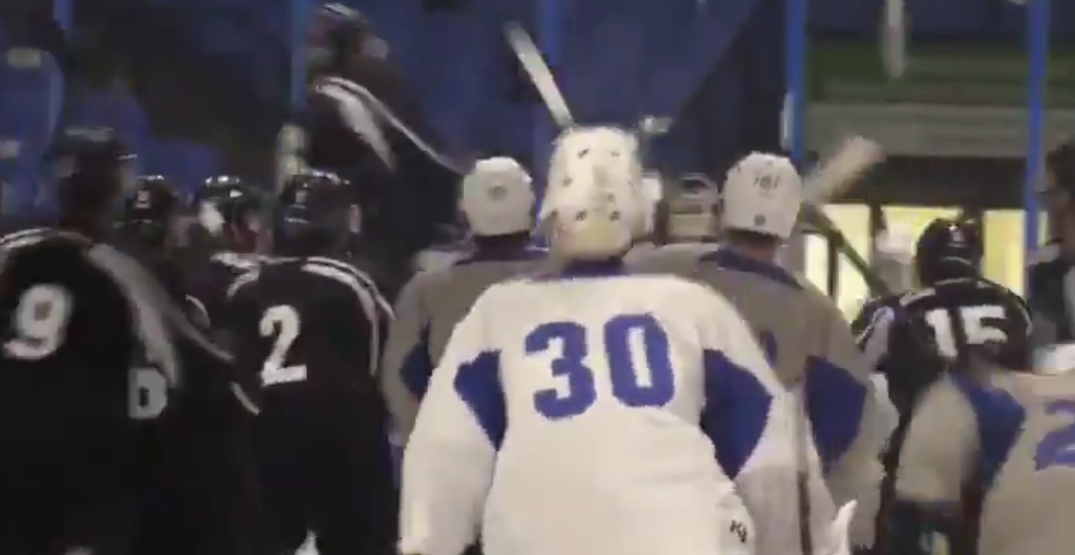 In a normal year, Jake Boltmann would have been sitting and waiting in an NHL arena, wearing his best suit beside his family, waiting for his name to be called.

Instead of taking place in June, the NHL Draft is taking place in October, which is hockey season for most leagues. It was also being held virtually for the first time ever.

That meant that Boltmann, the 113th-ranked North American skater heading into the 2020 NHL Draft, was on the ice at practice with the USHL’s Lincoln Stars.

An 18-year-old defenceman from Edina, Minnesota, Boltmann found out he was drafted 80th overall by the Calgary Flames while on the ice.

So when his teammates found out he was drafted into the NHL — a dream come true for any hockey player — they mobbed him. It was a cool moment:

The moment @Boltmann10 found out he was the newest member of the @NHLFlames … #AllAboard🚂 pic.twitter.com/UUYn2Iu0Kq

.@Boltmann10 has been picked 80th overall by Calgary in the NHL Draft!

He was practicing when the announcement was made & found out when his graphic was put on the video board. pic.twitter.com/PSm8PHqpDd

Boltmann was the fourth player picked by the Flames in the draft, after centre Connor Zary (1st round, 24th overall), and defencemen Yan Kuznetsov (2nd round, 50th overall) and Jeremie Poirier (3rd round, 72nd overall).

A Bolt of energy on the point. pic.twitter.com/n3sNKPVr9Y